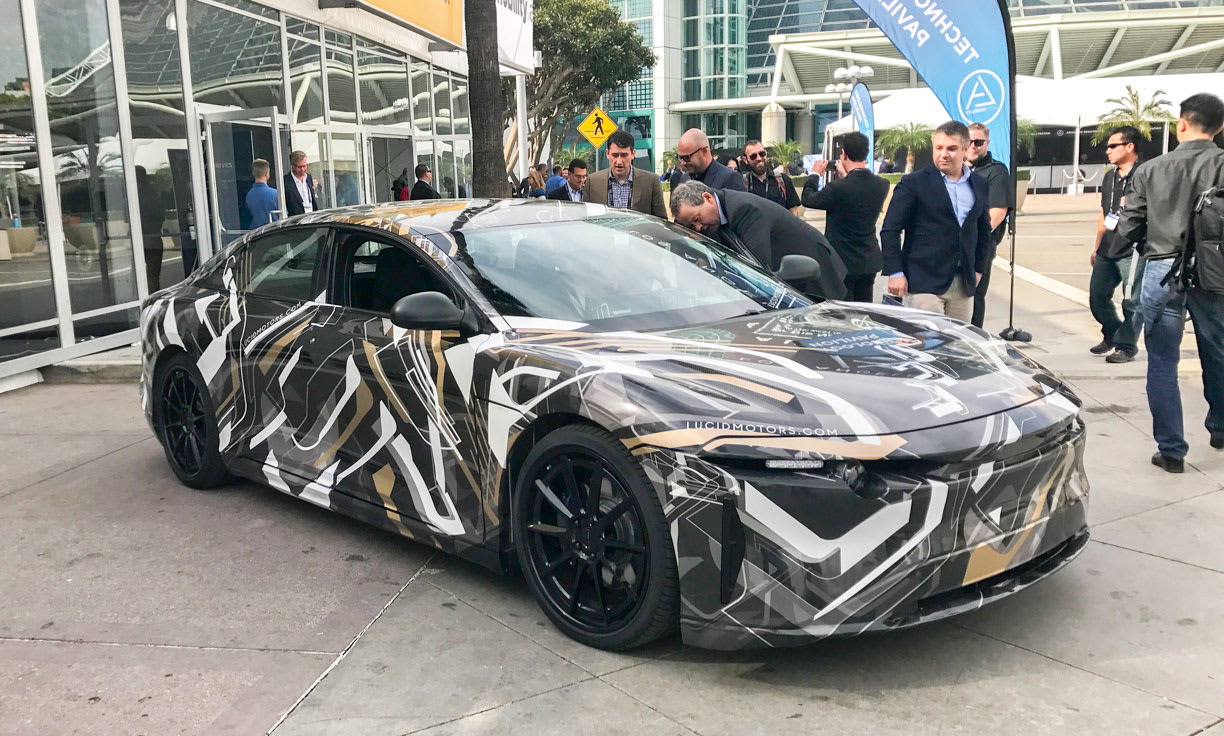 Automotive startup, Lucid Motors dropped by the LA Auto Show with its super-secret sedan today. Because it's electric and doesn't have a traditional engine taking up space, the company has designed the car to have a smaller footprint that a luxury sedan like the BMW 7-Series. But, boasts the roughly the same amount of cargo and passenger space as those high-end vehicles.

That's not the only time the car has been caught on camera. Earlier in the day, the automaker released its own photo of the vehicle sitting between a BMW 7-Series and Mercedes S-Class to show just how much smaller it is than those sedans.

The company says the yet-to-be-seen-without-camouflage sedan will have a 300 mile range and potentially fully autonomous features when it launches. Unfortunately, there's no current information about when you'll actually be able to buy one.

In this article: Autonomous, Car, ElectricCar, EV, gear, green, LAAutoShow2016, Lucid, LucidMotors, SelfDriving, transportation
All products recommended by Engadget are selected by our editorial team, independent of our parent company. Some of our stories include affiliate links. If you buy something through one of these links, we may earn an affiliate commission.