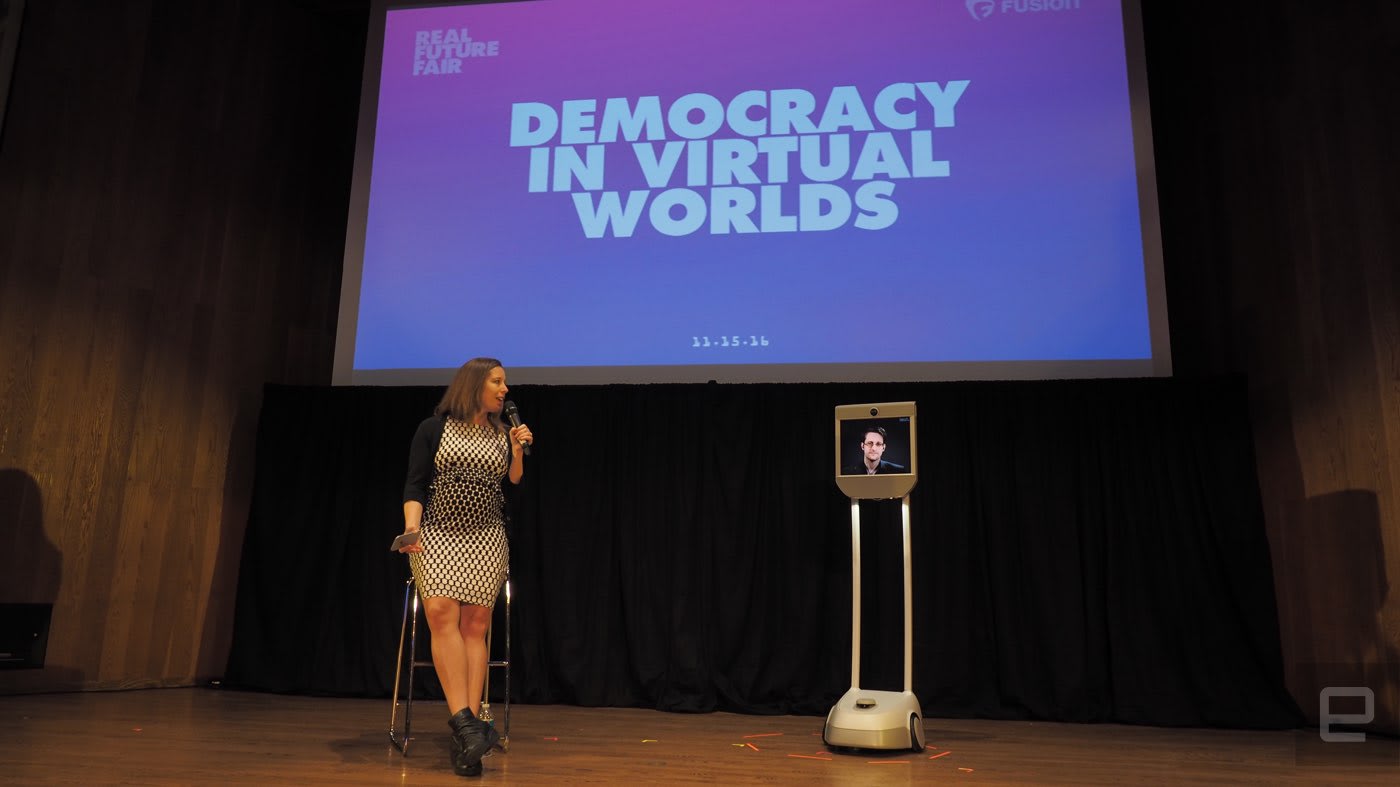 Facebook has been under fire this past week for supposedly influencing the election by not doing enough to stop the rise of fake news. In an interview at the Real Future Fair conference, NSA whistleblower Edward Snowden said that while this is certainly an issue, the real problem here is that Facebook is where most people get their news. "This gets into a bigger challenge, which is lack of competition," he said. "This is a danger of a single point of failure."

Snowden, who is currently exile in Russia and appeared at the conference via a telepresence robot, did say that he wasn't sure if Facebook really did influence the election. If it did, he said it was a "sad indictment of our democracy that our voters could be so easily misled." Still, this whole affair does point out how dangerous it is to rely on a single company or service for news. "If one company makes a bad decision, we all suffer," he said.

Instead, Snowden called for a more "federated system," which consists of something like 10,000 Facebooks connected together. So if one particular network has a point of failure, it doesn't destroy the whole system. He didn't specify how this would work, but he did say that Silicon Valley's desire to implement "world-eating services" is asking us to accept a status quo in which we set aside competition in favor of scale. "I think we should be cautious in embracing this," he said. "When we look at monopolies throughout the past, they've grown very quietly." And as soon as they achieve a platform of prominence, according to him, no one can stop them.

"They get less careful. They get more muscular. They end up trampling not only their customers but paradigms in ways that we need to be very cautious about," he said. "One company shouldn't have the power to reshape the way we think."

In this article: culture, facebook, fusion, internet, nsa, politics, realfuturefair, snowden
All products recommended by Engadget are selected by our editorial team, independent of our parent company. Some of our stories include affiliate links. If you buy something through one of these links, we may earn an affiliate commission.