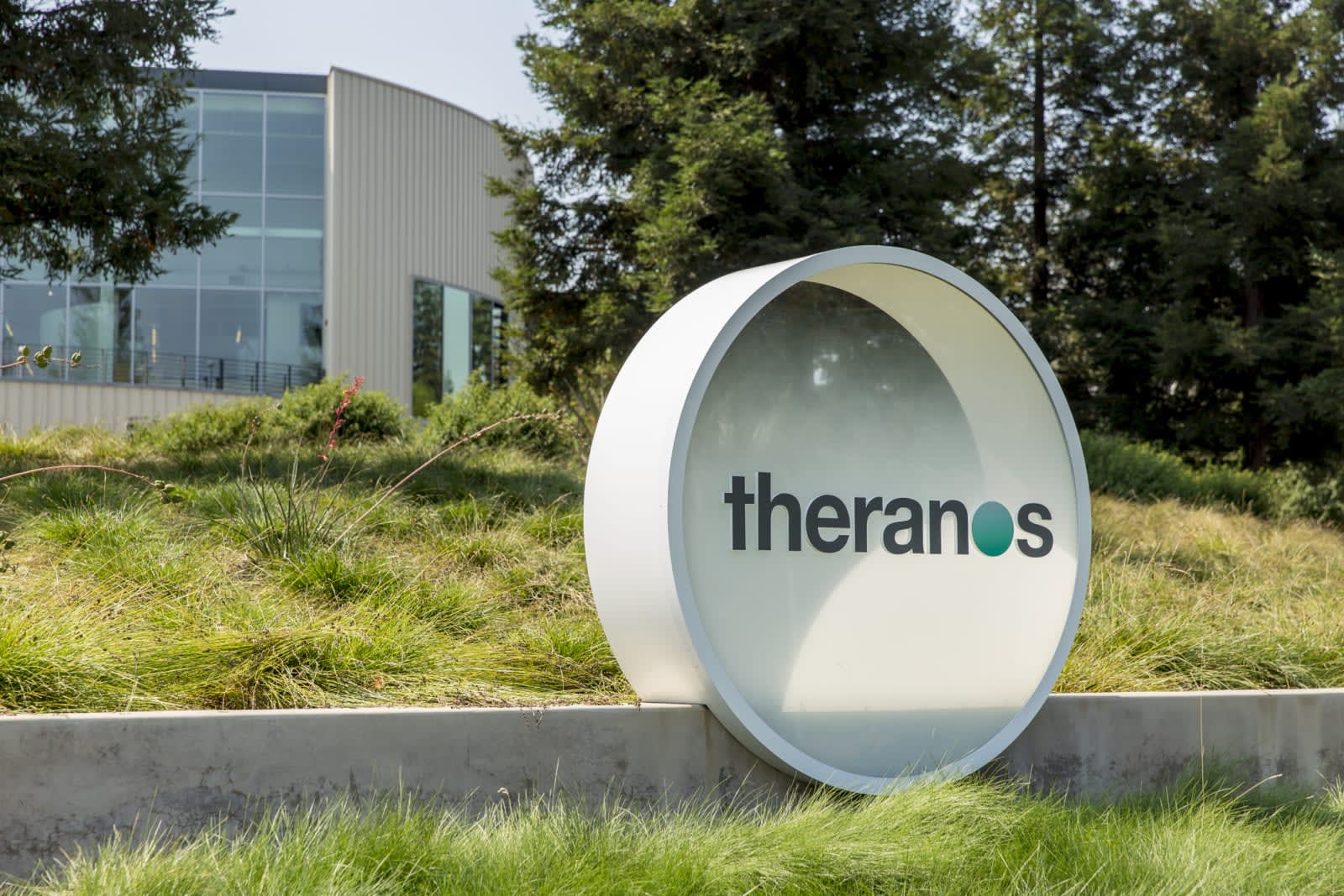 Two more investors have filed lawsuits (PDF) against Theranos, a few weeks after Walgreens sued the embattled startup for $140 million. This is the third one filed against the company, following the drugstore chain's and Partner Fund Management's (PFM), but the first that's seeking class-action status. The plaintiffs echo PFM's lawsuit from October, accusing Theranos founder Elizabeth Holmes and former president Ramesh "Sunny" Balwani of spoon-feeding investors continuous lies, making false promises "built on false statements and omissions." They said the company's head honchos told the public they perfected a "revolutionary technology" vetted by experts and regulators that will change the world of lab testing, knowing full well that it'll reach investors' ears.

As you know by now, things went awry after a series of Wall Street Journal reports came out in 2015, revealing that Theranos was conducting most of its tests using typical lab practices and equipment instead of its proprietary machine. If you'll recall, the company said its machine can produce test results from a single drop of blood -- a service people could avail through Walgreens' outlets. Because ordinary lab equipment requires more blood than that, the accuracy of Theranos' blood test results were called into question. Since then, Walgreens severed its ties with the company, Holmes was banned from running a lab for a couple of years and Theranos had to let most of its employees go.

One of the two plaintiffs in this lawsuit is well-known Silicon Valley investment banker Robert Colman. He invested in the company when it announced its partnership with Walgreens back in 2013. The second plaintiff, Hilary Taubman-Dye, was a victim of bad timing. She bought shares through online exchange platform SharesPost Inc. in August 2015, a couple of months before WSJ's exposé was published. According to the publication, she tried to cancel the transaction after the scandal broke. Unfortunately, that didn't work out, and her transaction went through in December.

The Hagens Berman Sobol Shapiro law firm is going all out with this case. It's currently looking for more investors to join the class-action lawsuit and even whistleblowers who can provide information to help with its investigation.

Source: Reuters, The Wall Street Journal, Hagens Berman (1), (2)
In this article: class-action, elizabethholmes, lawsuit, medicine, science, SunnyBalwani, theranos
All products recommended by Engadget are selected by our editorial team, independent of our parent company. Some of our stories include affiliate links. If you buy something through one of these links, we may earn an affiliate commission.