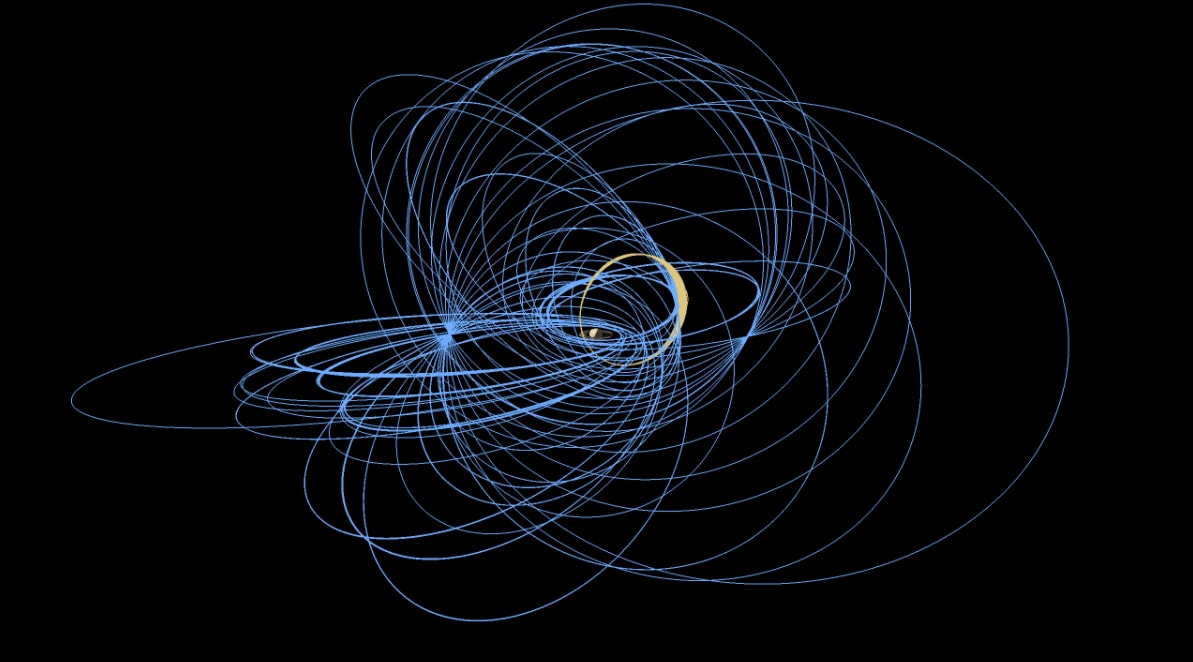 Cassini is officially, irrevocably in its final year of existence. The NASA spacecraft has been capturing lovely images and collecting samples of Saturn and its orbiting objects since 2004, but today Cassini enters the final phase of its mission. Between November 30th and April 22nd, Cassini will circle Saturn's poles, diving between its outermost rings once every seven days, a total of 20 times (as shown above).

Its final mission is also a first -- Cassini will observe unexplored areas of Saturn's rings, including the collection of small moons orbiting near their outer edges.

Additionally, Cassini will continue investigating the mysterious "propellers" discovered near Saturn's main A ring, grabbing high-resolution images that should reveal more details about their structure. The propellers' existence means there are unseen moonlets hanging out around Saturn, which is important because "moonlet" is a deeply adorable word.

Cassini will prepare for its descent into Saturn's atmosphere in April, and in September, it'll make the final, fiery plunge. NASA launched the spacecraft on October 15th, 1997.

"After nearly 20 years in space, the mission is drawing near its end because the spacecraft is running low on fuel," NASA writes. "The Cassini team carefully designed the finale to conduct an extraordinary science investigation before sending the spacecraft into Saturn to protect its potentially habitable moons."

Source: NASA
In this article: cassini, nasa, probe, rings, robots, Saturn, science, space, spacecraft, TL17CASS
All products recommended by Engadget are selected by our editorial team, independent of our parent company. Some of our stories include affiliate links. If you buy something through one of these links, we may earn an affiliate commission.