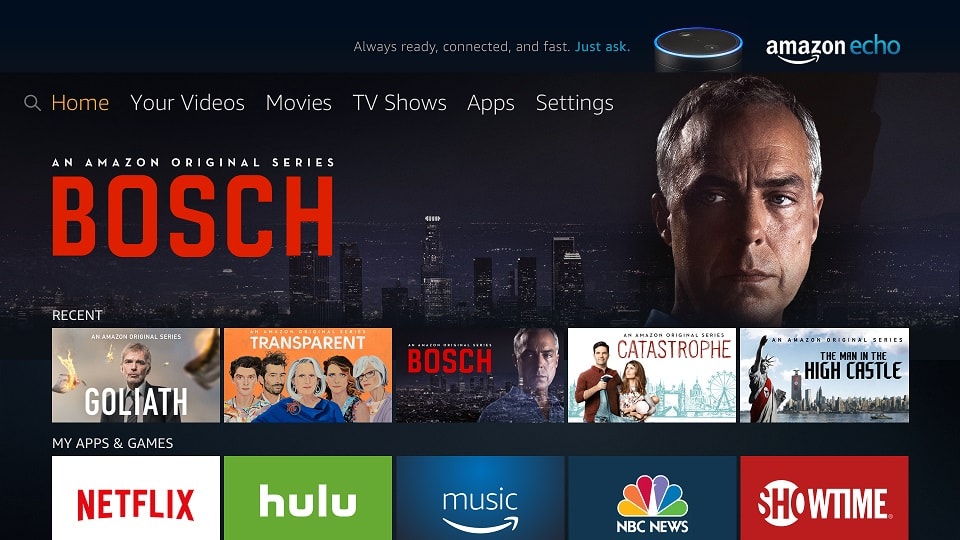 When Amazon started shipping its latest Fire TV Stick with Alexa voice controls built in, the company also mentioned that a refreshed look was on the way for its streaming devices. Well, Amazon tells TechCrunch that update is starting to roll out today. If you have a Fire TV or Fire TV Stick, you'll soon notice that "cinematic experience" the company promised which includes more trailers and screenshots from movies and shows.

The biggest change is that the menu has been relocated from the left side of the screen and situated across the top. Another key tweak is that Amazon will show you a lot more options than just its own content, providing recommendations from other streaming services like HBO and Netflix. Of course, the online retailer will still push its original shows and movies up top. Speaking of Netflix, navigating through the library of apps and content on the Fire TV works similar to that streaming repository. You can browse what's available by scrolling horizontally through the menus.

In addition to the new layout, Amazon is adding the ability for you to assign a PIN to access certain apps alongside parental controls. There are also accesibility improvements for users with hearing and visually impaired.

Source: TechCrunch
In this article: amazon, amazonfiretv, av, entertainment, firetv, gear, software, streaming, television, tv, update
All products recommended by Engadget are selected by our editorial team, independent of our parent company. Some of our stories include affiliate links. If you buy something through one of these links, we may earn an affiliate commission.