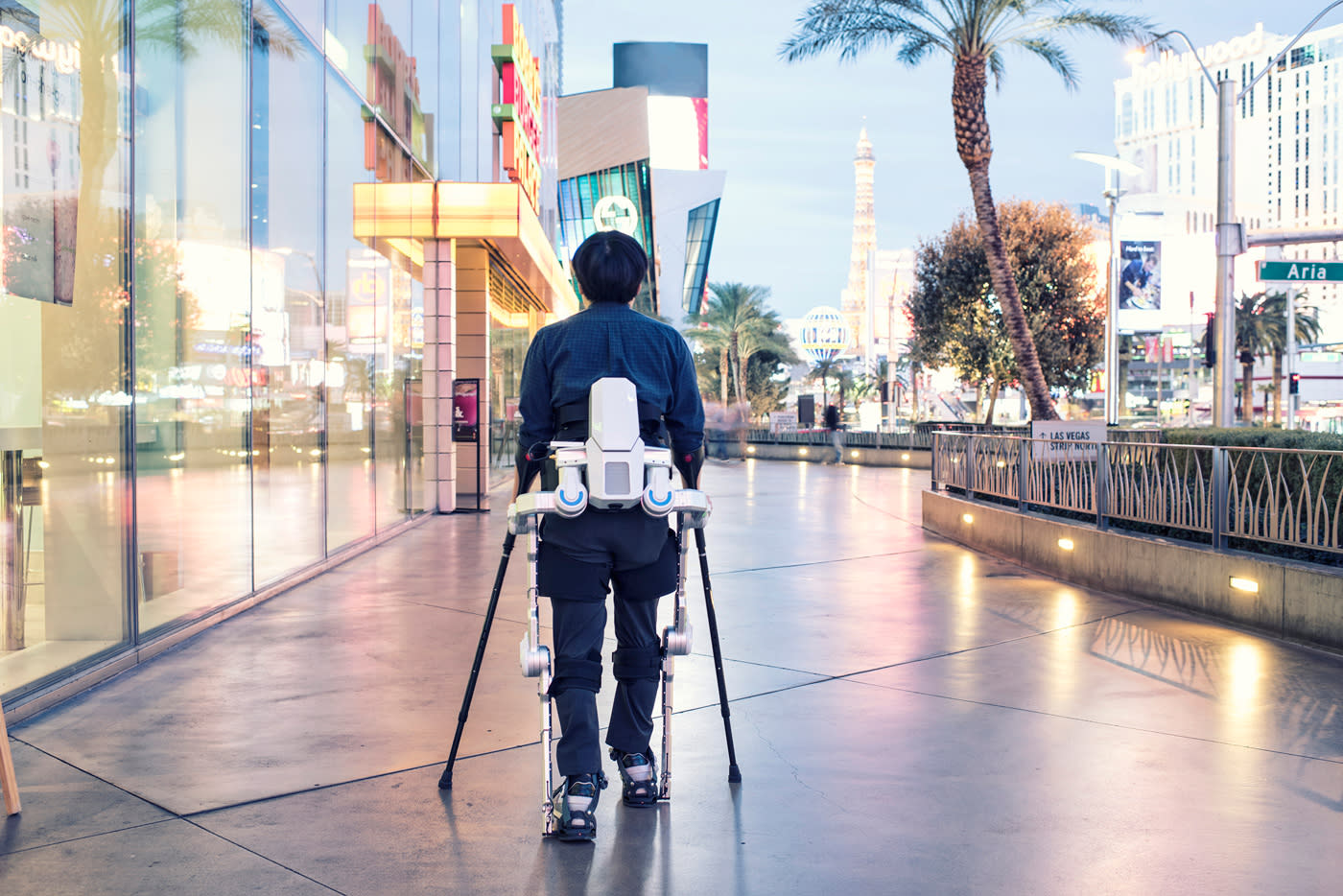 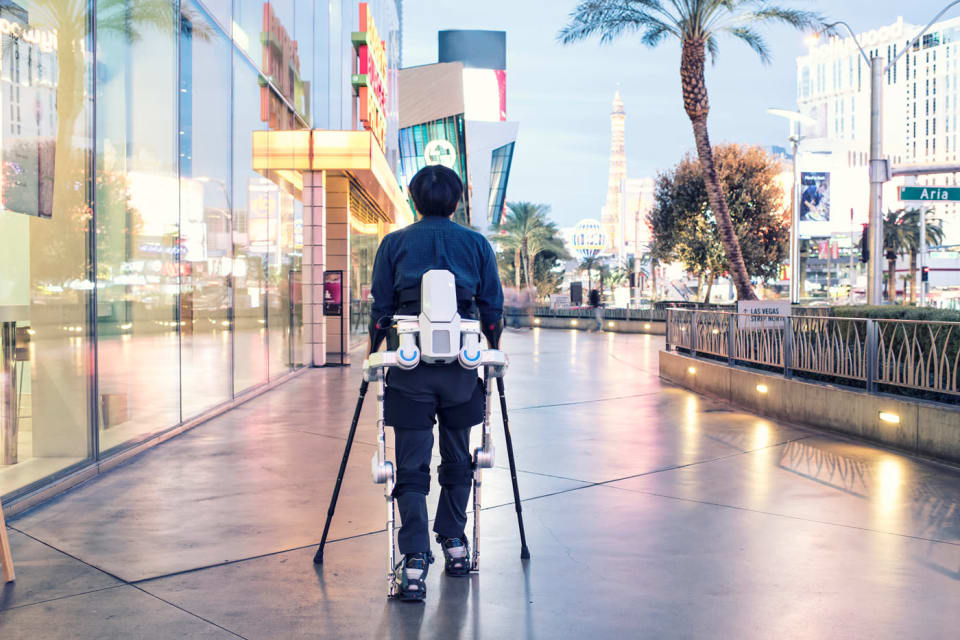 Exoskeletons are nothing new. You put one on and become a low-level Iron Man, able to lift items that would normally snap your spine. The drawback is they can be prohibitively expensive, but Hyundai thinks it can lower the cost of these exosuits that not only give us the ability to lift more, but can also help disabled people walk once again.

In Las Vegas last week, the automaker showed off two of its exoskeleton prototypes at a private media event: the H-Wex for industrial lifting and the H-Mex for helping disabled people walk. Both were available for demo, and though I found lifting items with the H-Wex to be less taxing on my back, it's the H-Mex that has the potential to make a real difference for those who would be able to purchase one.

In its current form, the H-Mex only fits folks between 5 foot 6 and 5 foot 10. I'm 6 foot 3, so I didn't get a chance to feel what it's like to have an exoskeleton walk for me. Those who did try it out required a pretty thorough tutorial. It turns out, not using your own legs to walk isn't as easy as you might think because it goes against an entire lifetime of training.

In this article: design, Exoskeleton, gear, hands-on, Hmex, HWex, Hyundai, medicine, robots, science, transportation, walking
All products recommended by Engadget are selected by our editorial team, independent of our parent company. Some of our stories include affiliate links. If you buy something through one of these links, we may earn an affiliate commission.