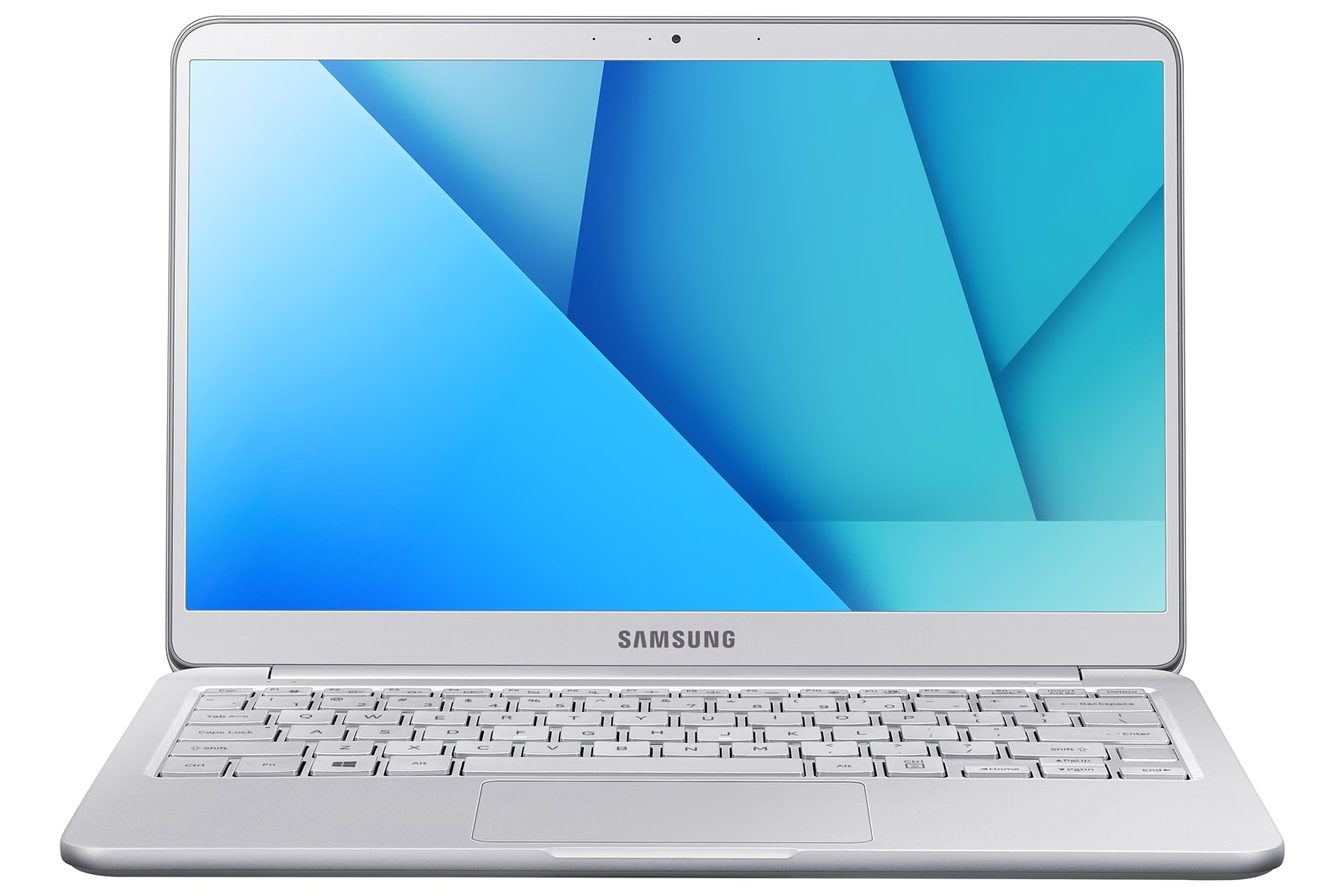 Samsung's Notebook 9 really pushed the envelope on size while still offering solid performance in a no-nonsense package. Today, the company is updating those extremely light laptops: a new pair of Notebook 9 computers has just been announced, and they are even lighter than those that came before. The 13-inch weighs only 1.8 pounds, while the 15-inch version comes in at a ridiculously light 2.17 pounds. That 15-inch weight in particularly is noteworthy, because the earlier version came in at a still-light 2.9 pounds. To put things in perspective, Apple's 12-inch MacBook weights 2 pounds even -- the 15-inch Notebook 9 is barely heavier than that.

The Notebook 9 doesn't skim on performance, either -- the lineup offers 7th generation Intel Core i5 or i7 processors and lets you put in up to 16GB of RAM. Naturally, the storage is solid-state, with drive options "up to" 256GB, and the screen resolution comes in at 1080p on the dot. But Samsung had to cut corners somewhere to get this much computer in such a small package, and it looks like battery life is what'll take the hit. Samsung says these machines are rated for seven hours. Fortunately, USB-C power provides a full charge in 80 minutes.

From a design standpoint, the new computer looks a bit different than the original. It has a bit more of a distinctive flavor and looks less like a MacBook Air clone. The whole machine is a lighter shade of silver and grey, with keys to match (rather than the black key caps that marked the previous model). And Samsung added in a fingerprint scanner here -- so if you liked the TouchID scanner in the new MacBook Pro but hated everything else, the Notebook 9 might work for you.

Unfortunately, Samsung didn't say how much the new Notebook 9 models cost (or when they'll be available). Last year's model 15-inch model started at $1,200; hopefully these new ones will be in that same ballpark. We'll have to really get our hands on these and try them out before we can pass judgement, but Samsung had a good thing going with the last model. It looks like the company kept what worked with the first Notebook 9 while somehow reducing the weight of that 15-inch model in a big way. There are also more configurations available this time out -- so if you're looking for a light but otherwise basic laptop (no touchscreen, no tricks like a detachable screen), the new Notebook 9 could be worth a look.

Source: Samsung
In this article: gear, notebook9, personal computing, personalcomputing, samsung, samsungnotebook9
All products recommended by Engadget are selected by our editorial team, independent of our parent company. Some of our stories include affiliate links. If you buy something through one of these links, we may earn an affiliate commission.