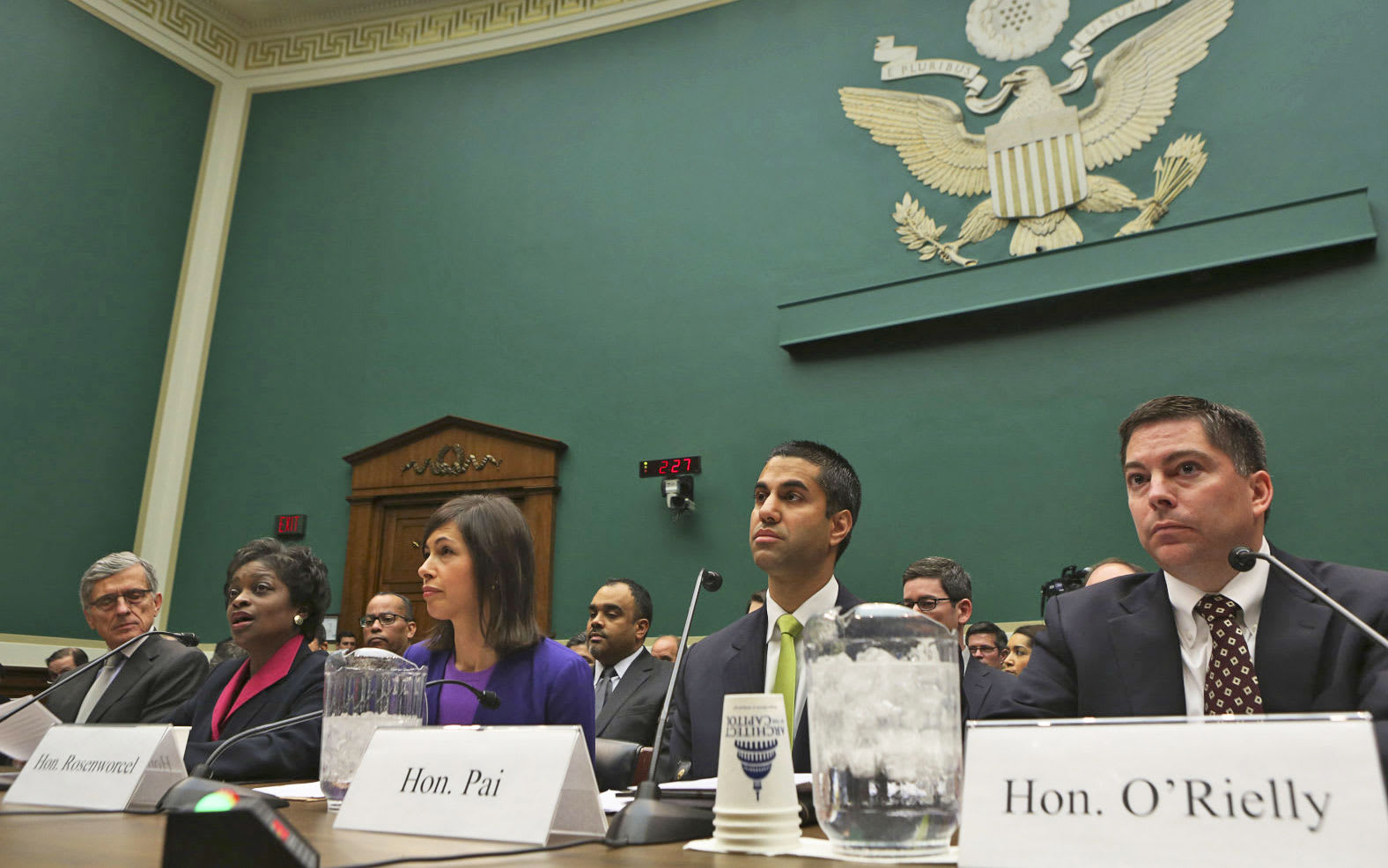 If you're worried that the US government will stomp on net neutrality the moment Trump becomes President, your concerns are well-founded. The FCC's two Republican Commissioners, Ajit Pai and Michael O'Rielly, have sent a letter to carrier lobbying groups promising to "revisit" net neutrality rules "as soon as possible" -- that is, once Chairman Tom Wheeler leaves and the right wing gets majority control of the agency. They write that the requirements for traffic fairness and transparency create "unjustified burdens" for providers, and previously said that they intended to "undo" net neutrality and other policies opposed by their party.

The letter is ostensibly about extending an exemption to transparency rules for small internet and wireless providers. The net neutrality order exempted providers with 100,000 or fewer customers until December 15th of this year, but Pai and O'Rielly pushed for a compromise measure that would keep the exemption going for networks with 250,000 or fewer users.

This doesn't mean that net neutrality will die as soon as Trump is sworn in. As Ars Technica observes, a proposed rule change like this would require months of procedure and public comment before it can take effect. However, it's safe to say that net neutrality will eventually lose a lot of its thunder under the new administration, assuming it survives at all. At the least, it's doubtful that the FCC will grill telecoms over zero-rating and other policies that effectively dodge neutrality regulations.

Via: Ars Technica
Source: FCC (PDF)
In this article: ajitpai, ctia, culture, donaldtrump, fcc, internet, lobbying, michaelorielly, netneutrality, politics, republicans, TL17NETNEUT
All products recommended by Engadget are selected by our editorial team, independent of our parent company. Some of our stories include affiliate links. If you buy something through one of these links, we may earn an affiliate commission.