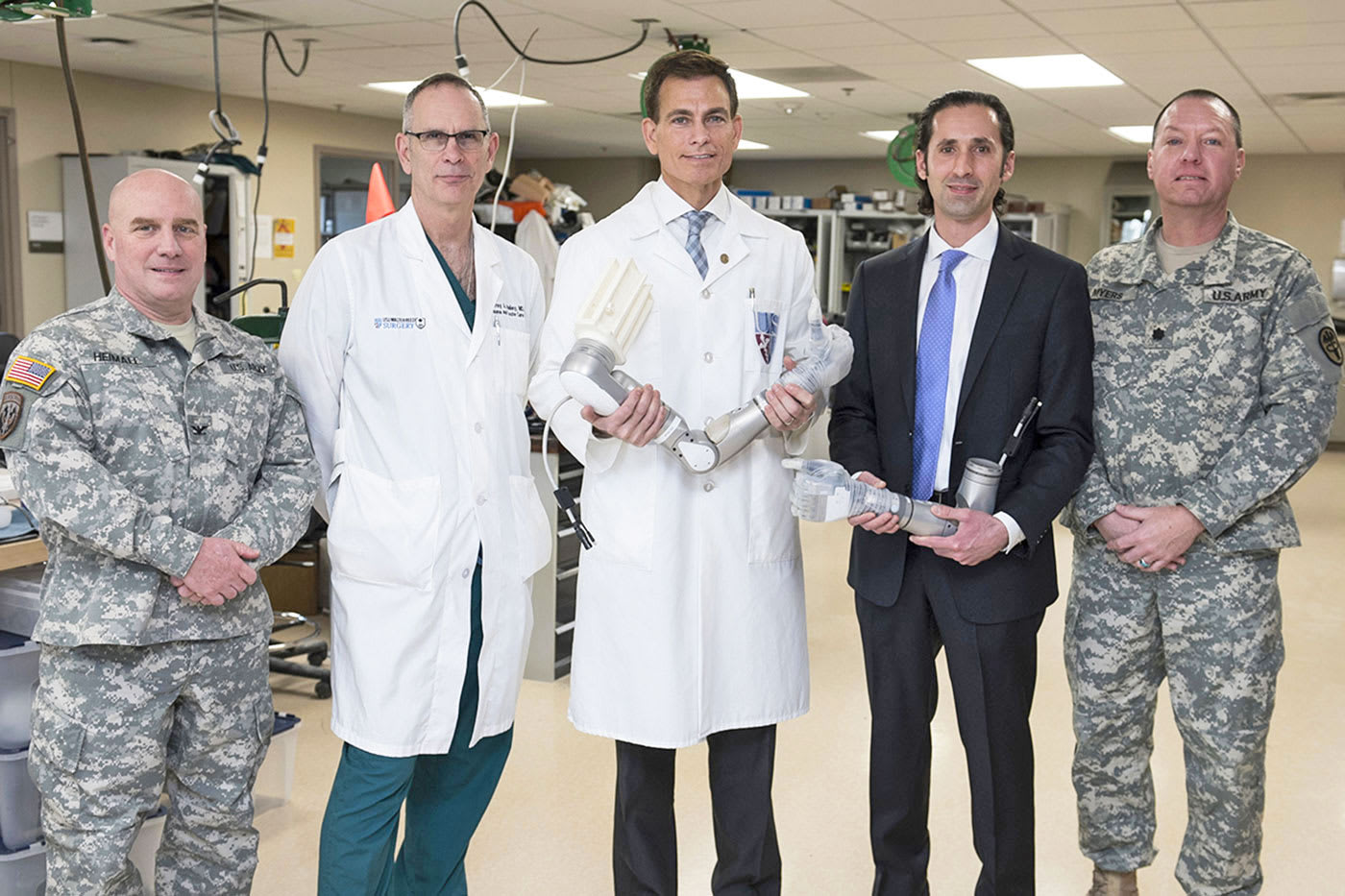 DARPA's sophisticated LUKE bionic arm is ready for production, eight years after its development began and a couple of years after it was approved by the FDA. Before the bionic limb makes the transition into a commercial product, though, the military division is giving war veterans access to its initial production run. DARPA's Biological Technologies Office director Justin Sanchez has recently delivered two LUKE arms to the Walter Reed National Military Medical Center for use by a couple of vets in need of a prosthetic limb.

LUKE, which used to be known as the DEKA Arm System, is the brainchild of Segway creator Dean Kamen. Its name stands for Life Under Kinetic Evolution, but as you can guess, it was also inspired by Luke Skywalker whose hand was replaced with a robotic appendage in The Empire Strikes Back. The arm can understand multiple commands at any one time, giving it the ability to move as naturally as possible. In earlier tests, people were able to use it to brush their hair and to open locks.

DARPA plans to develop LUKE even further to be more life-like. Sanchez says they "envision these limbs providing even greater dexterity and highly refined sensory experiences by connecting them directly to users' peripheral and central nervous systems."

Source: DARPA
In this article: bionicarm, DARPA, DeanKamen, DEKA, gear, LUKE, lukearm, prosthetic, robots, vets, video, walterreed
All products recommended by Engadget are selected by our editorial team, independent of our parent company. Some of our stories include affiliate links. If you buy something through one of these links, we may earn an affiliate commission.