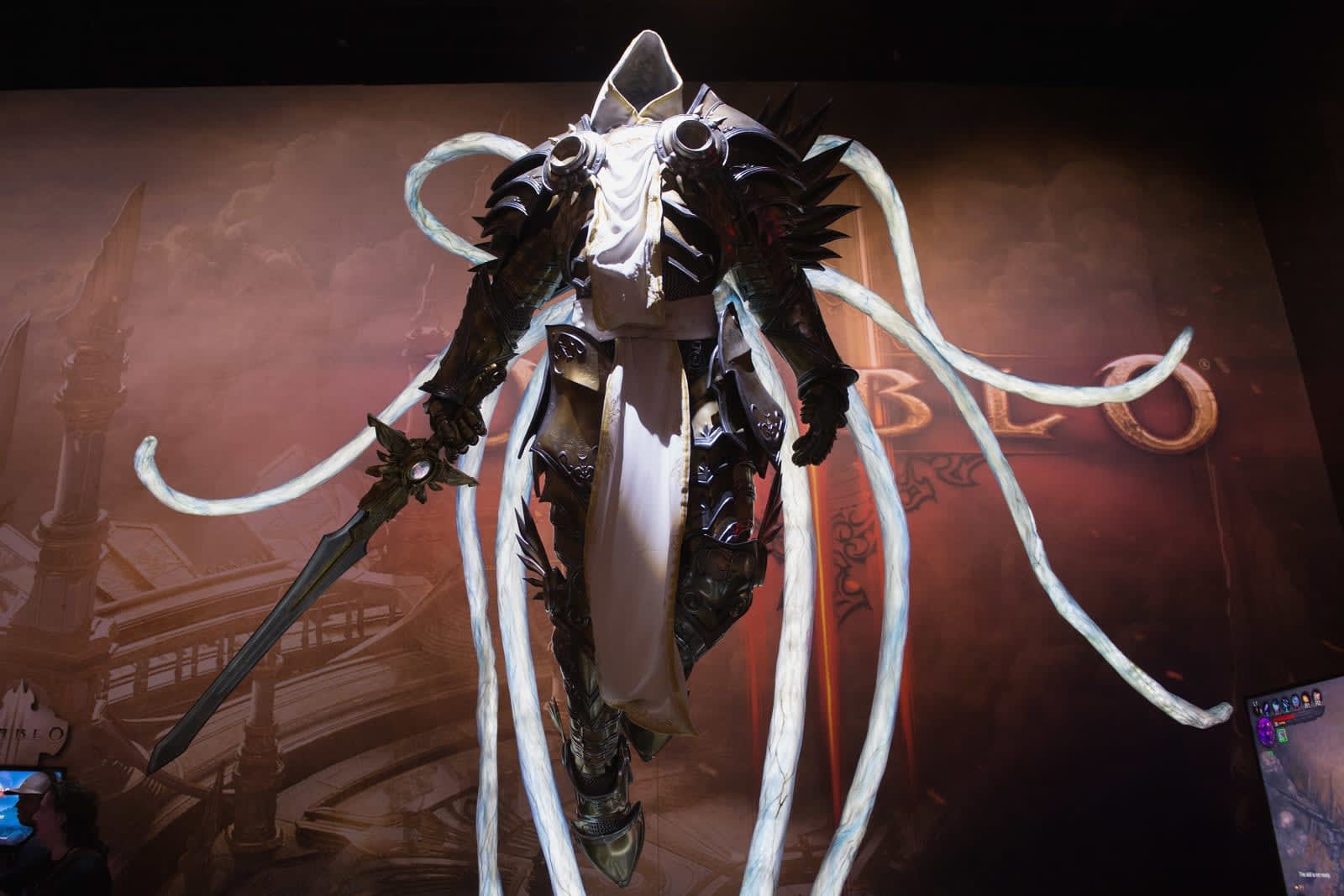 Believe it or not, Diablo is turning 20 years old on December 31st. Yes, the classic clickfest has been around for long enough that some adults weren't even alive when the first game launched. It's a historic moment for gaming -- and Blizzard is marking the occasion by bringing Diablo-themed events and extras to several of its games. Diablo III, unsurprisingly, gets the most lavish treatment. It's going to get a Darkening of Tristram event that lets you visit a "reimagined" version of the original game's cathedral, including some familiar pick-ups.

That's not to say that you won't see some pleasant nods to the hellish action RPG in other games. Overwatch will get a slew of in-game sprays and a player icon, while World of Warcraft will have Diablo creatures wandering into Azeroth. Hearthstone will introduce a "dark wanderer" (read: the first game's corrupted hero) with a "grim deck," Heroes of the Storm will have a new brawl map and portrait, and StarCraft II is getting a Diablo-themed worker portrait. No, it's not the same as a fourth Diablo game (please?), but it is an acknowledgment of the series' influence over the years.

Source: Battle.net
In this article: av, blizzard, diablo, diabloiii, gaming, hearthstone, heroesofthestorm, overwatch, personal computing, personalcomputing, starcraftii, worldofwarcraft
All products recommended by Engadget are selected by our editorial team, independent of our parent company. Some of our stories include affiliate links. If you buy something through one of these links, we may earn an affiliate commission.