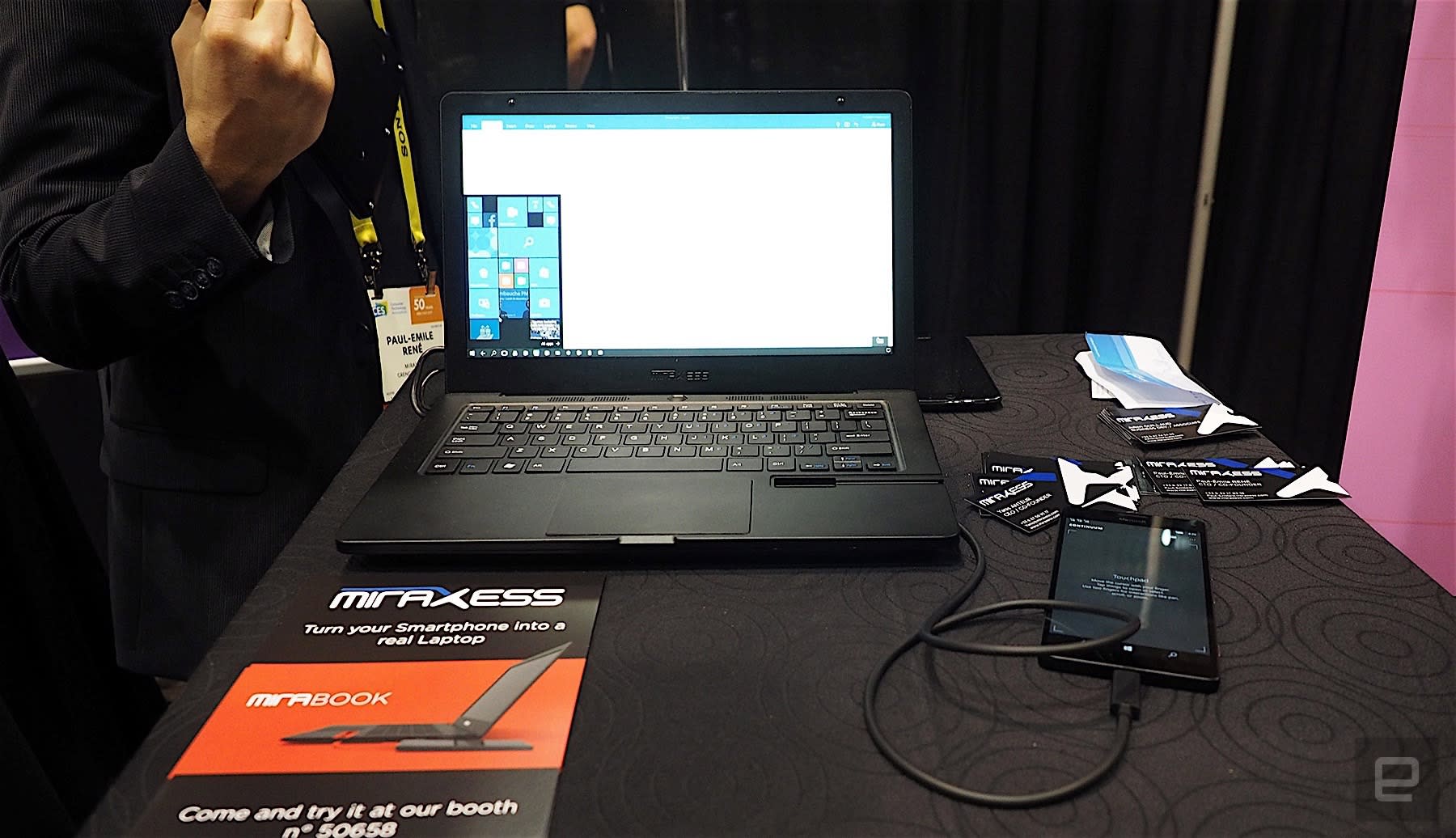 As the gap between smartphone and laptop performance dwindles and the size of phones grows, there's a decreasing need for casual users to have both on hand at the same time. The Miraxess Mirabook crosses that division by providing a laptop-like computing experience powered by your smartphone's CPU. By outward appearances, the Mirabook looks like a standard laptop. It features a 13.3-inch screen in an aluminum chassis that weighs slightly less than 2.2 pounds. It includes a couple USB-C ports, which it uses to connect to a compatible smartphone, as well as an HDMI jack for external monitors and an SD slot to expand its onboard memory to 128 GB. What's really cool is that the rig can run for up to 24 straight hours -- all while charging your phone. The Mirabook can use either Andromium for Android or Continuum for Microsoft to emulate a desktop (rather than mobile) workspace.

Miraxess reps told me that they envision the device being made available to travelers on long-haul flights, much as how airlines rent out headphones, so that folks can check their personal notebooks but remain productive in the air. The company plans to launch a crowdfunding campaign come March or April and will offer the Mirabook for around $300.

Of course, this isn't the first time that a company has attempted a laptop-phone chimera. Motorola had the Atrix, and Ubuntu briefly developed Ubuntu for Android, which would load whenever an Android smartphone was connected to an external monitor. Don't remember either of those? There's a good reason for that. They both flopped, hard.

As for the Mirabook, we only had a few moments to check out it during CES Unveiled but can't help but wonder why folks wouldn't simply use a similarly priced low-end netbook or Chromebook during their travels instead of shelling out for a laptop without a mind of its own. In this article: CES2017, gear, laptops, Maxiss, personal computing, personalcomputing, smartphone
All products recommended by Engadget are selected by our editorial team, independent of our parent company. Some of our stories include affiliate links. If you buy something through one of these links, we may earn an affiliate commission.