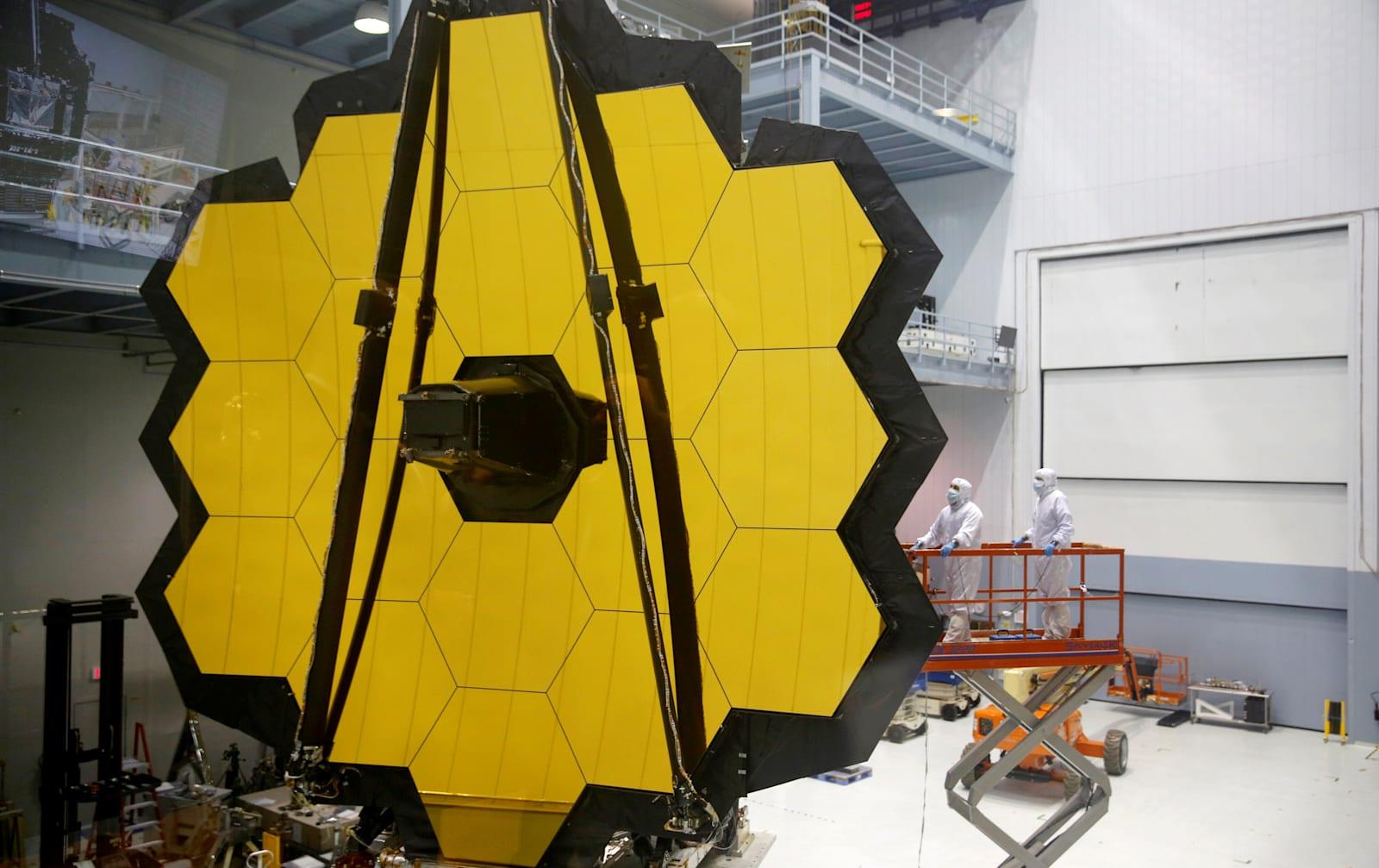 One of NASA's biggest victories last year was the $8.7 billion James Webb Space Telescope's completion. And now the aeronautics agency is set to resume vibration testing for the instrument. These tests aim to replicate the conditions it will encounter before lift-off to "ensure that functionality is not impaired by severe launch and landing environments," according to NASA.

In December, an "unexpected response" was noticed in the telescope's attached accelerometers and testing was paused. Now, researchers are close to figuring out what caused the aberrations and should have their findings finalized soon.

"This is why we test -- to know how things really are, as opposed to how we think they are," deputy project manager Paul Geithner said. "The Webb telescope is the most dynamically complex test article we've ever tested at Goddard, so the responses were a bit different than expected."

Like we noted in November, these tests are extremely important because the Webb will be nearly a million miles from Earth -- fixing something that isn't working right post-launch would probably be impossible.

The Webb's mission is slated to begin in October 2018, so there's still plenty of time for additional testing. Before then, it still needs to undergo cryogenic examination and checks to make sure there won't be any Hubble-like optical defects in its imaging tools.

While the scientists will get a better understanding of the universe in countless ways thanks to the tool's million-mile trip, we'll have some new space-porn photos that the agency is so fond of sharing. Maybe the telescope will get its own Twitter account? We can only hope.
In this article: Accelerometer, JamesWebbSpaceTelescope, NASA, nasagoddard, PaulGeithner, science, space, testing, TL17WEBB, vibrationtesting
All products recommended by Engadget are selected by our editorial team, independent of our parent company. Some of our stories include affiliate links. If you buy something through one of these links, we may earn an affiliate commission.