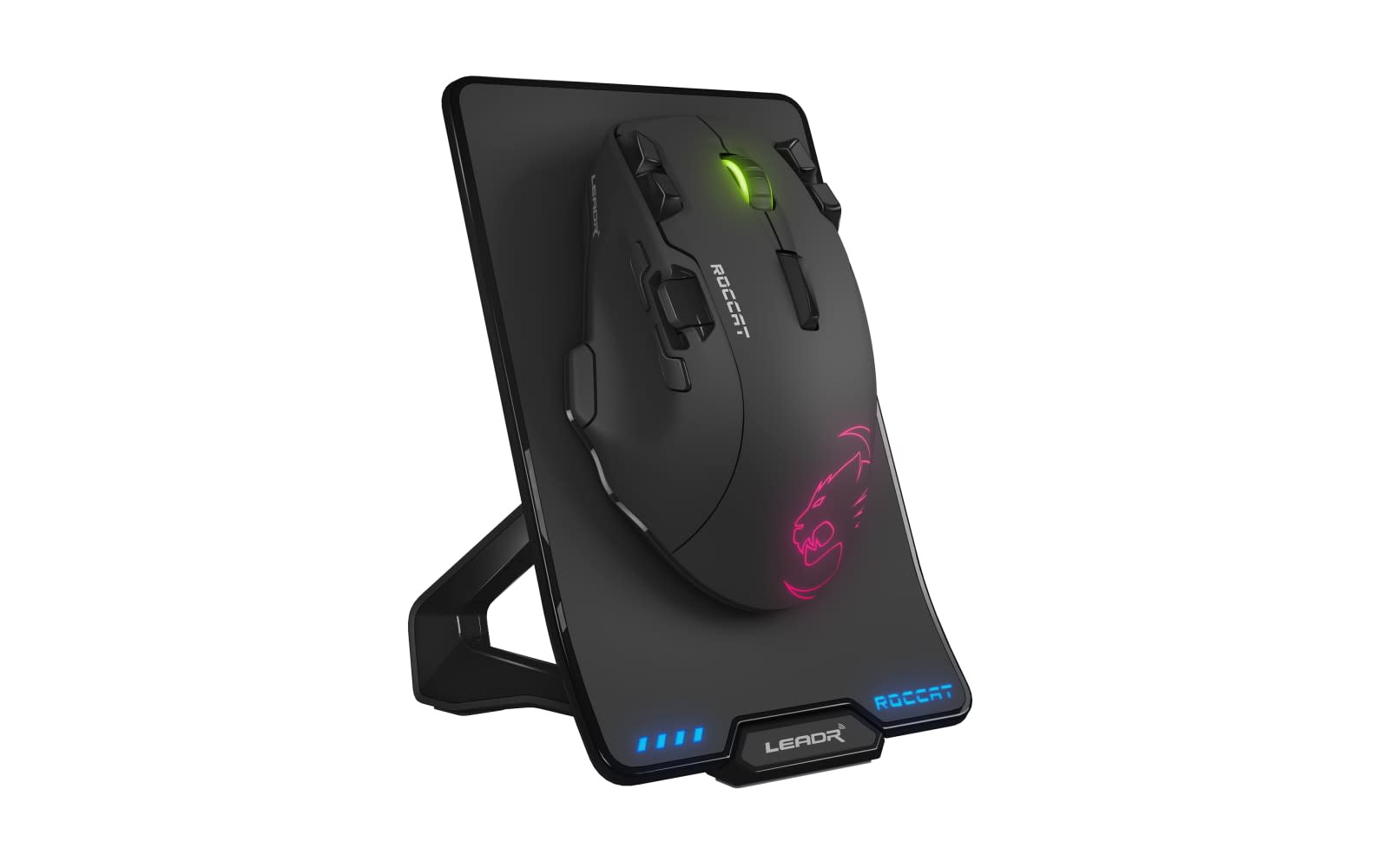 Wireless gaming mice are arguably more convenient and less hassle than wired mice, but they can come with a significant downside: lag. Roccat's latest wireless gaming mouse aims to address this issue with the Owl-Eye optical sensor, which promises to translate motions to the screen with 1:1 accuracy. It's one of three new mice and a swanky new keyboard Roccat revealed this week at CES 2017. The Leadr is Roccat's latest wireless gaming mouse, and the company promises it has "virtually zero latency." It comes with a charging dock and a detachable charging cable (which technically makes it wire-capable, as well).

The two remaining mice are wired updates on the Roccat Kone line, each with the new Owl-Eye 3361 sensor. The Kone EMP is designed for players with medium to large hands, while the Kone Pure 2017 is made for slimmer hands, coming in at just 88 grams. Previous iterations of the Kone Pure have performed exceptionally well, especially for a slimmed-down mouse.

And then there's the latest Roccat keyboard, the Isku+ Force FX, an updated model in the Isku series. The Force features a rubberdome keyboard that includes pressure-sensitive keys on the QWEASD zone, lending players greater control and customization options. Plus, each of those keys can be programmed with three different functions.

In this article: CES2017, gaming, GamingKeyboard, GamingMouse, keyboard, keyboards, mice, mouse, personal computing, personalcomputing, roccat
All products recommended by Engadget are selected by our editorial team, independent of our parent company. Some of our stories include affiliate links. If you buy something through one of these links, we may earn an affiliate commission.