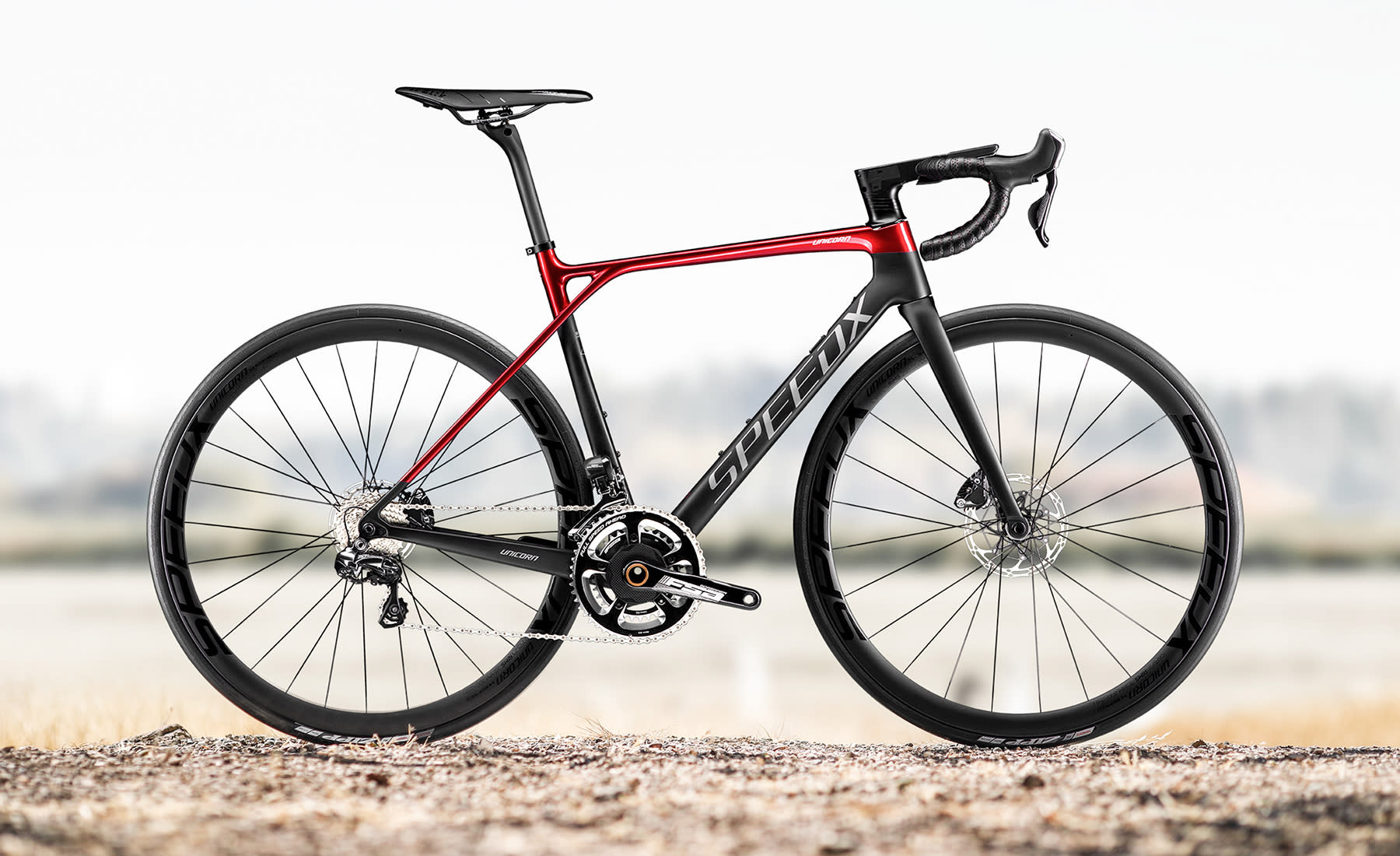 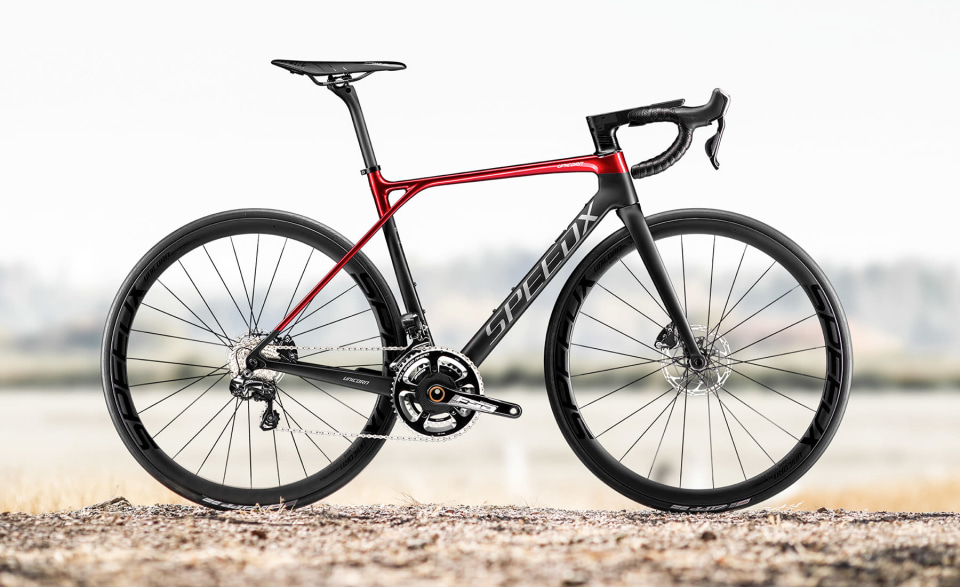 SpeedX is back with another "smart" road bike that promises to track your rides with a sleek, blemish-free design. The Unicorn is a sequel to the Leopard, which I took for a spin last June, and comes with a new, detachable bike computer on the stem. It has a 2.2-inch touchscreen and runs a custom version of Android, clearly indicating your current, average and maximum speed, among other information. Despite its color display, SpeedX says the new "SpeedForce" computer will be visible in direct sunlight and last more than 20 hours on a single charge. There's also a wireless button on the handlebars for convenient screen switching. The other big addition is an integrated power meter. Cyclists use these sensors to measure their effort on each ride and develop better training regimes. (Speed and distance, while useful metrics, can be affected by external factors such as weather and traffic.) Unlike most bikes, which require you to buy a power meter separately, the Unicorn comes with all the necessary components built in. That should mean less time fussing in your garage and more time bombing down idyllic backcountry roads. Like the Leopard, the Unicorn also comes with some speed and cadence sensors, which measure pace and the rate at which you're pedaling.

To aid your epic Tour de France recreations (or, more likely, your sleep-deprived morning commutes) the new bike comes with an 850 gram "Hyper Carbon" frame. The remaining parts will vary depending on your budget: the entry-level model, the Unicorn Di2, comes with a Fizik R3 saddle, a pair of Xero SpeedX Carbon wheels and a Shimano Ultegra Di2 groupset for $3,499. The $4,599 "Pro" model will net you a Fizik R5 saddle and a SRAM eTap Hydro groupset instread, while the $5,899 "X" edition ups the butt-rester to an R7 and the wheels to a set of Zipp 303 discs.

As before, SpeedX will be promoting its bikes on Kickstarter. Submitting a pledge early will net you a significant discount, although as with all crowdfunding campaigns, there's no guarantee the final product will ever materialize. SpeedX has had some trouble with its original SpeedForce computer and Leopard bicycles, delaying deliveries because of numerous production and shipping problems. The company says "more than 80 percent" of all orders have now been fulfilled and hopes to ship the rest before its new Kickstarter campaign goes live. While its bikes are affordable, SpeedX needs to prove it can deliver them in a timely fashion, otherwise it will never win the trust or affection of cycling's elite. In this article: bicycle, bike, carbonbike, ces2017, cycling, gear, power, powermeter, smartbike, speedx, transportation, unicorn
All products recommended by Engadget are selected by our editorial team, independent of our parent company. Some of our stories include affiliate links. If you buy something through one of these links, we may earn an affiliate commission.