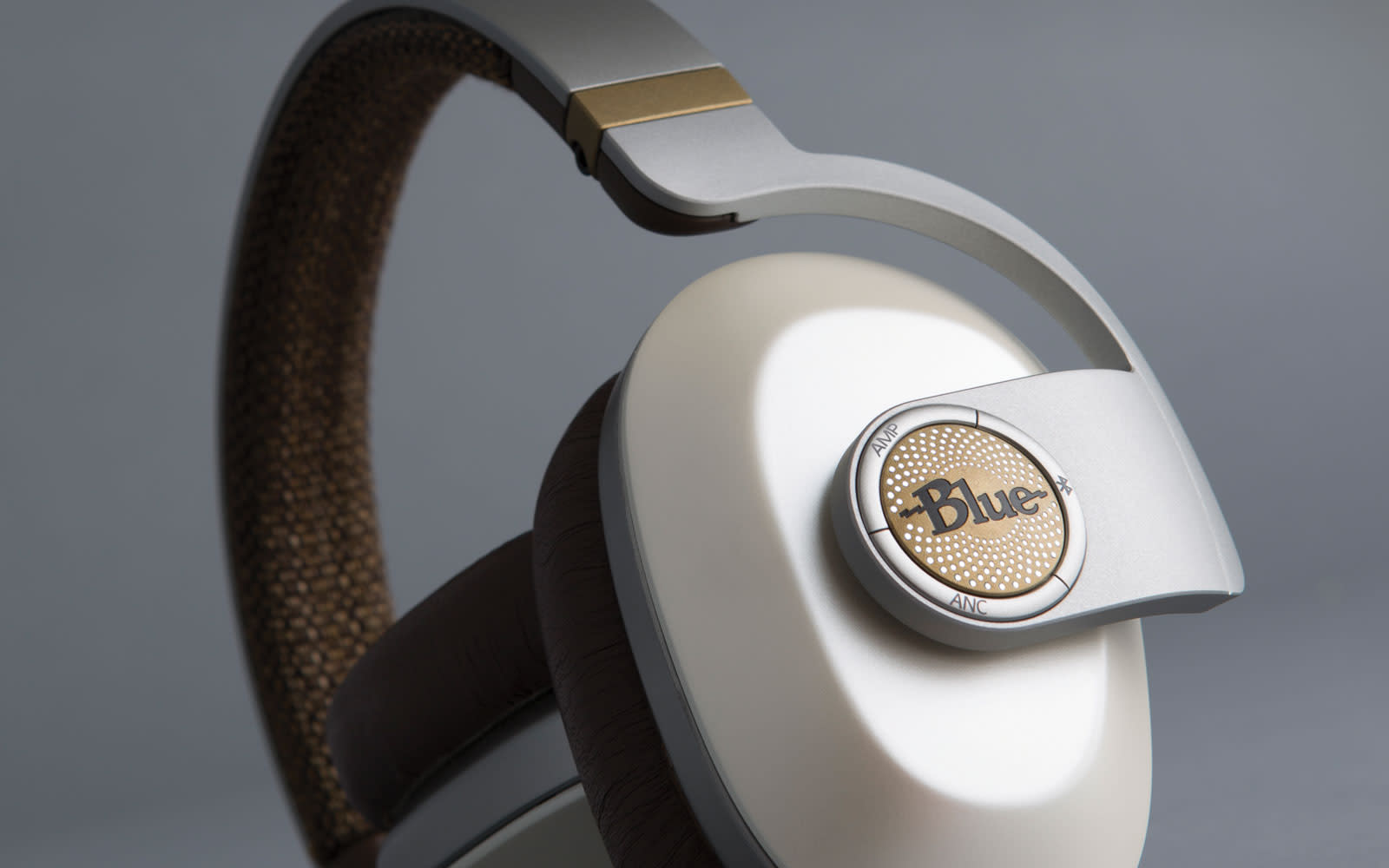 Blue is a name most people associate with USB microphones for podcasting and desktop recording. But the brand has a stellar reputation for studio mics as well. Back in 2014, the company released its first set of headphones, Mo-Fi, which featured a built-in amp to drive high-quality sound. At a time when headphone jacks are becoming scarce, wired headphones are an increasingly tough sell. Against that backdrop, Blue has a wireless option it's debuting off at CES -- and it still features an amplifier to preserve top-notch audio quality even after nixing the cable. Blue's first wireless headphones are called Satellite; they're expected to go on sale later this year, but the company hasn't revealed a price. Rather than using the same hinged design we've seen on the company's previous two headphone models, Satellite features a more common folding headband and soft leather earpads for a premium feel. Inside, the analog amplifier is paired with Bluetooth 4.1 and Apt-X to deliver high-fidelity sound in a more portable package.

The addition of a built-in amp isn't all that makes Blue's Satellite different from the likes of Bose, Sony and other companies making noise-canceling headphones. Instead of using a single pair of drivers for both audio and the active noise cancellation (ANC), Blue opted for two sets of drivers: One handles sound, the other is dedicated to the ANC tech. The company says this means improved sound quality for the set of wireless headphones. What's more, Blue lists these as the first to include a built-in amp and dedicated drivers for noise cancellation.

On the outside, there are controls for Bluetooth pairing, ANC and the amp. Like Mo-Fi, there are three amplifier modes -- Off, On and On+ -- to employ that tech as you see fit. The opposite earcup houses controls for volume, play/pause and skipping tracks. And yes, Satellite will come with a 3-meter cable so you can use the same headphones wired to a mobile device or alongside a more-robust audio setup you might have at home. Blue isn't talking battery life either, but you can bet we'll be asking about it when we get our hands on the Satellite here in Vegas.

Click here to catch up on the latest news from CES 2017.
In this article: amplifier, audio, av, blue, bluemicrophones, ces2017, gear, headphones, noisecancelling, satellite, wireless
All products recommended by Engadget are selected by our editorial team, independent of our parent company. Some of our stories include affiliate links. If you buy something through one of these links, we may earn an affiliate commission.