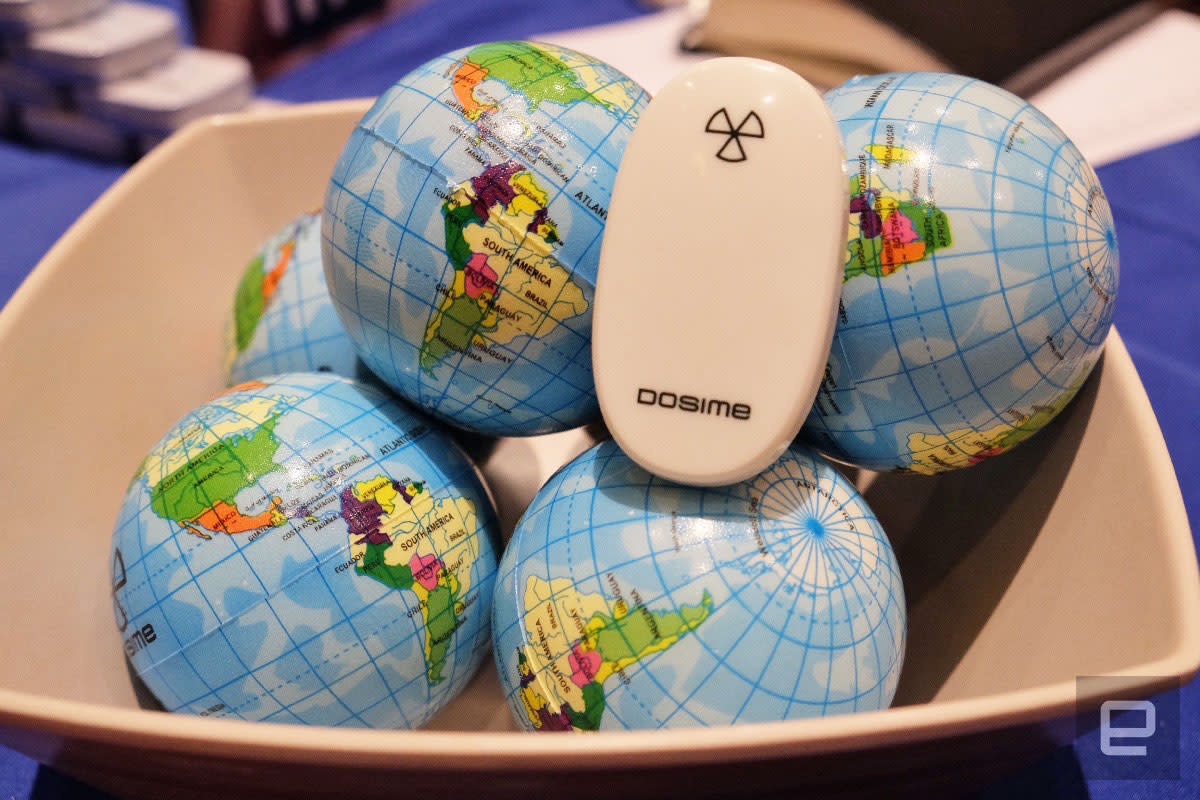 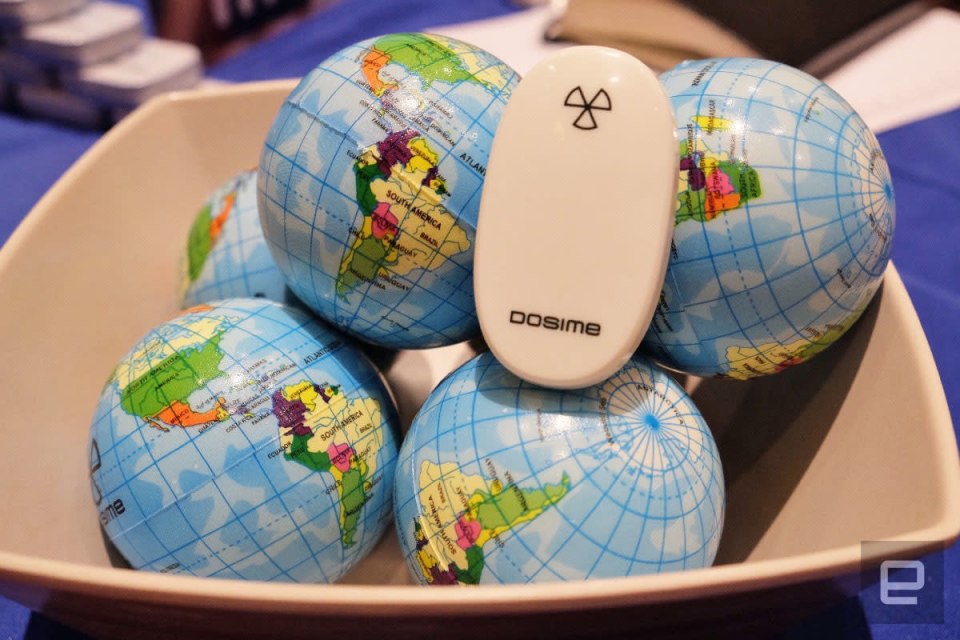 One of the problems with building sensors to detect ubiquitous dangers is that those dangers remain, you know, ubiquitous. Despite this, a company called Dosime has built a portable radiation meter that will warn you about the invisible killer. The ovoid device either clips to your lapel or docks in a wall-socket-mounted cradle and will sniff the millirems in the local atmosphere. If it detects that the levels of radiation have become unsafe, it lets you know with a smartphone notification. According to company representatives here at CES, Dosime is a consumer-level startup borne out of the industrial-nuclear-power company Mirion. Scientist Sandy Perle added that the unit contains the same silicon-diode radiation detector that's used in the safety systems in 90 percent of the world's power stations. The device is designed to detect ionizing radiation (X and gamma rays), which has the greatest propensity to harm human health.

When in use, Dosime will push data to your smartphone over Bluetooth low energy, sniffing the air every four seconds. But in addition to real-time radiation checks, the app offers trend analysis based on an hourly graph of exposure. So should you spend a day at your local hospital and wander too close to the X-ray machine, you'll be told that you need to alter your habits the next.

One of the questions that you may be asking is why you would want, or need, to know about the local radiation levels. Company CEO Thomas Logan's maxim is "anything that you can measure, you can change," urging people to change their lifestyle. Although I'd wager that, for most people, the bulk of your risk will come from situations over which you have little control, like trips to the hospital or where you live.

For instance, what about poor people who've wound up renting a home on irradiated land where economics dictate their continued exposure? Sandy Perle believes that if you know about the risk of nuclear exposure, you can take proactive steps to clean up your home and surrounding environment.

I'm not sure I'm the target market for the device; if I started worrying about radiation, I'd never leave the house. But if your capacity for terror is greater than mine, you'll be able to preorder Dosime from Amazon in the next few days for $250.

In this article: CES2017, culture, dosime, gadgetry, gadgets, hands-on, medicine, radiation, SandyPerle, ThomasLogan, wearables
All products recommended by Engadget are selected by our editorial team, independent of our parent company. Some of our stories include affiliate links. If you buy something through one of these links, we may earn an affiliate commission.