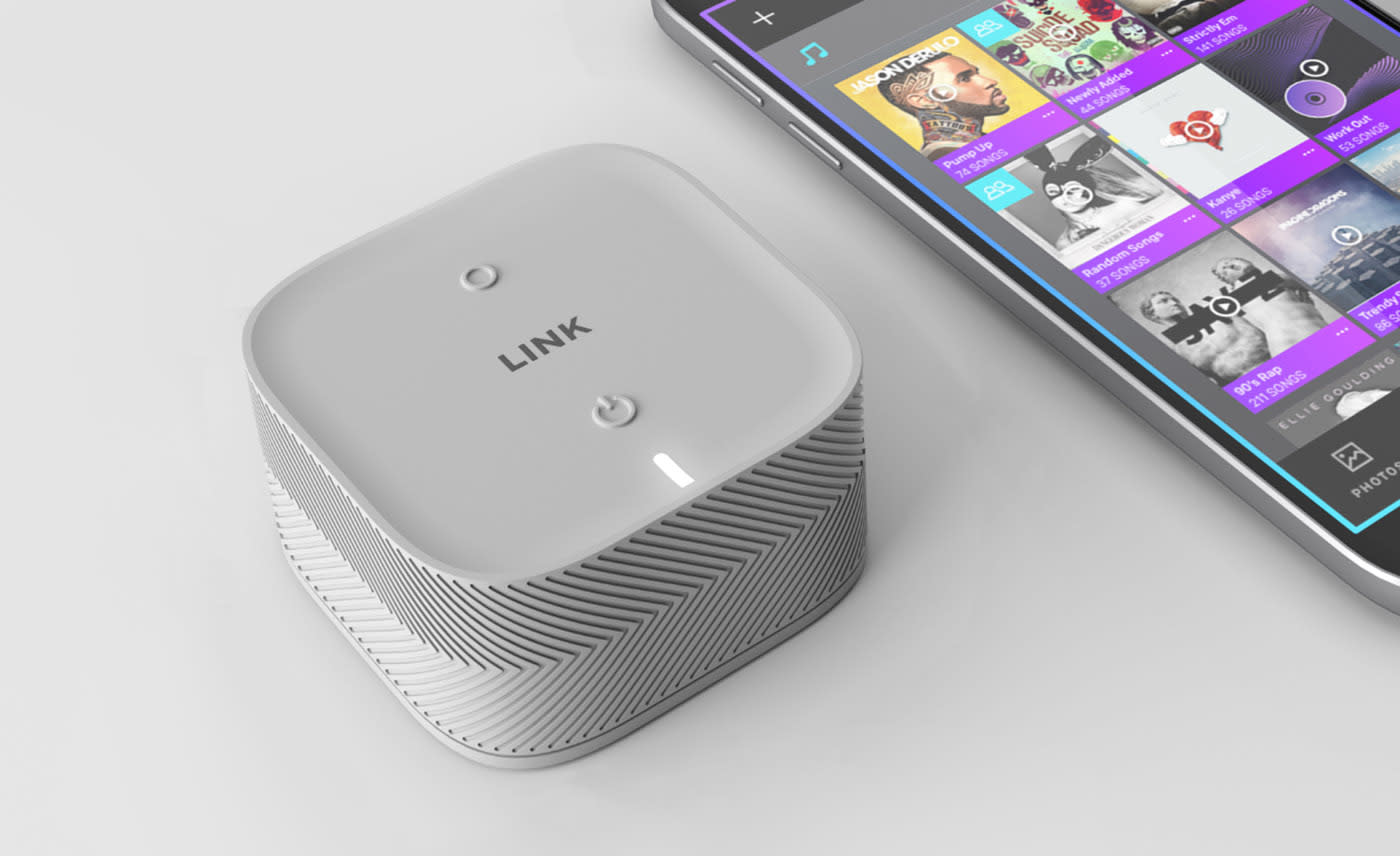 Amidst the CES madness, a company called Fasetto has unveiled a pretty interesting mobile storage product. The Link, first seen in prototype form at CES last year, gives you up to 2TB of storage via an app and WiFi connection to your smartphone, camera or other device. It can also stream video, images and audio, making it essentially a tiny NAS that can be used at home or on the road.

To work as a streaming device, the Link is equipped with very fast Samsung NVMe SSD storage and an octa-core 2.1GHz Exynos 7420 processor, the company says. It's also got WiFi, Bluetooth and USB-C connections for charging and wired data transfer. As a kicker, it'll come with an optional LTE module, letting you turn it into a cellular hotspot. The whole package fits into a two inch wide, one inch high, IP68 waterproof and shock resistant case weighing as little as three ounces, depending on options.

There are a couple of big catches: The 2TB version costs $1,149 (it's $349 for a smaller 256GB model), with the LTE expansion adding another $149. The other is that the device was first launched at CES 2016, with delivery set for the end of the year, but that has now been pushed to spring 2017. If you're still not dissuaded, you can pre-order one, but it may be prudent to wait for a full review, given all that's being promised.

Click here to catch up on the latest news from CES 2017.
In this article: CES2017, Exynos7420, Fasetto, gear, Link, LTEHotspot, mobile, PCIeSSD, Storage, streaming, Wireless
All products recommended by Engadget are selected by our editorial team, independent of our parent company. Some of our stories include affiliate links. If you buy something through one of these links, we may earn an affiliate commission.