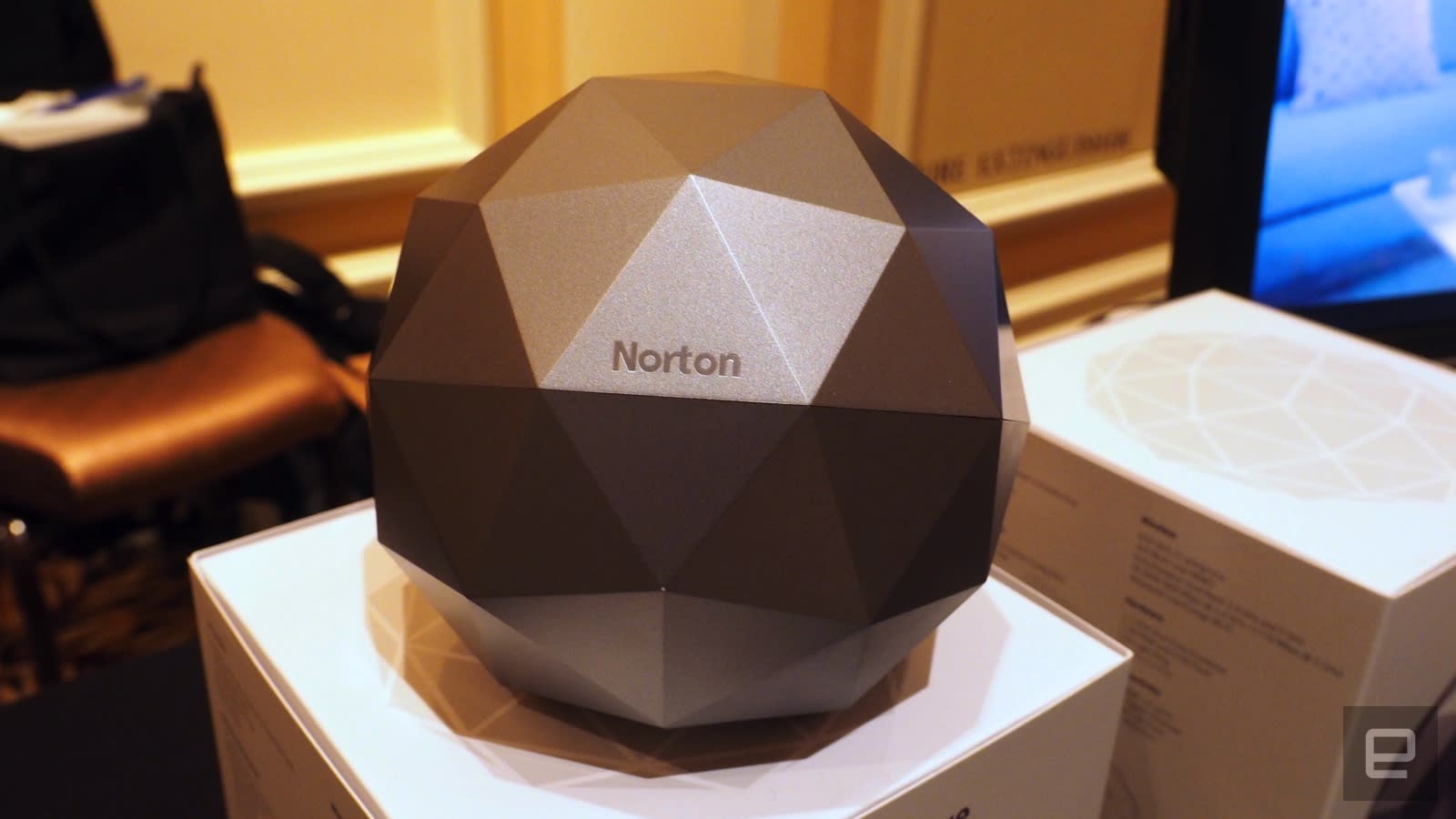 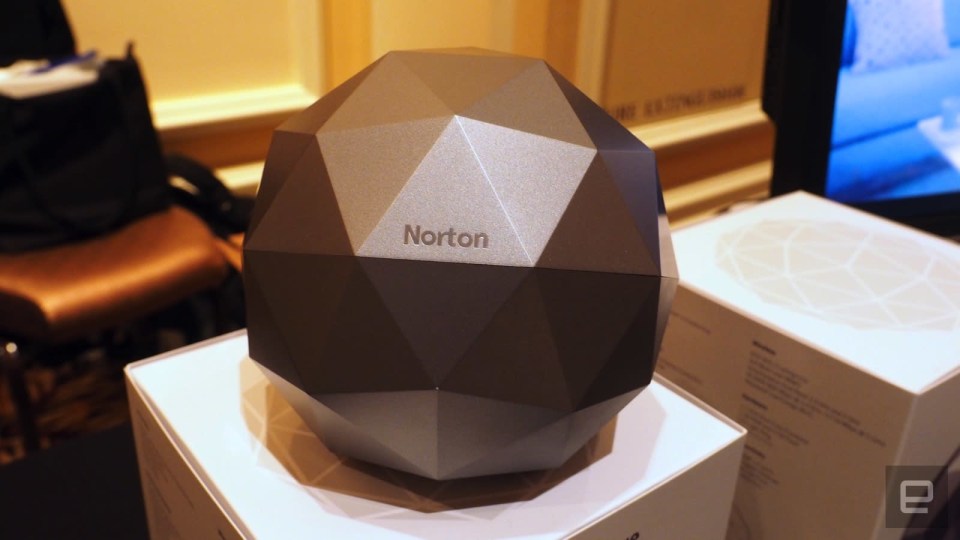 Norton is best known for its suite of software security tools, not actual, tangible devices. But now the company has realized that many of today's vulnerabilities are based on pieces of hardware that can't be protected with software alone. With that in mind, it's releasing its first piece of hardware: the $279 Norton Core router. (We're told it's $199 if you preorder it now, though.)

The secure AC2600 WiFi router identifies devices on a home network that have been compromised and quarantines them from the rest of your devices. With IoT botnets on the rise and bringing down the internet, it's becoming increasingly important to make sure that if one piece of hardware gets hacked the rest are kept safe.

And while it seems like a no-brainer for Norton's first piece of hardware to be a secure router, the geodesic design seems out of character. According to the company, it started with 30 initial designs, with that group then whittled those down to 15. Norton then showed seven of them to focus groups in regions around the world, at which point it was decided that this is what everyone preferred. People just love domes, apparently.

Besides making focus groups happy, though, the dome's design is meant to keep the router out in the open instead of tucked away in a closet. So it's both pretty and helpful.

Click here to catch up on the latest news from CES 2017.
In this article: ces, ces2017, gadgetry, gadgets, gear, hands-on, personal computing, personalcomputing
All products recommended by Engadget are selected by our editorial team, independent of our parent company. Some of our stories include affiliate links. If you buy something through one of these links, we may earn an affiliate commission.