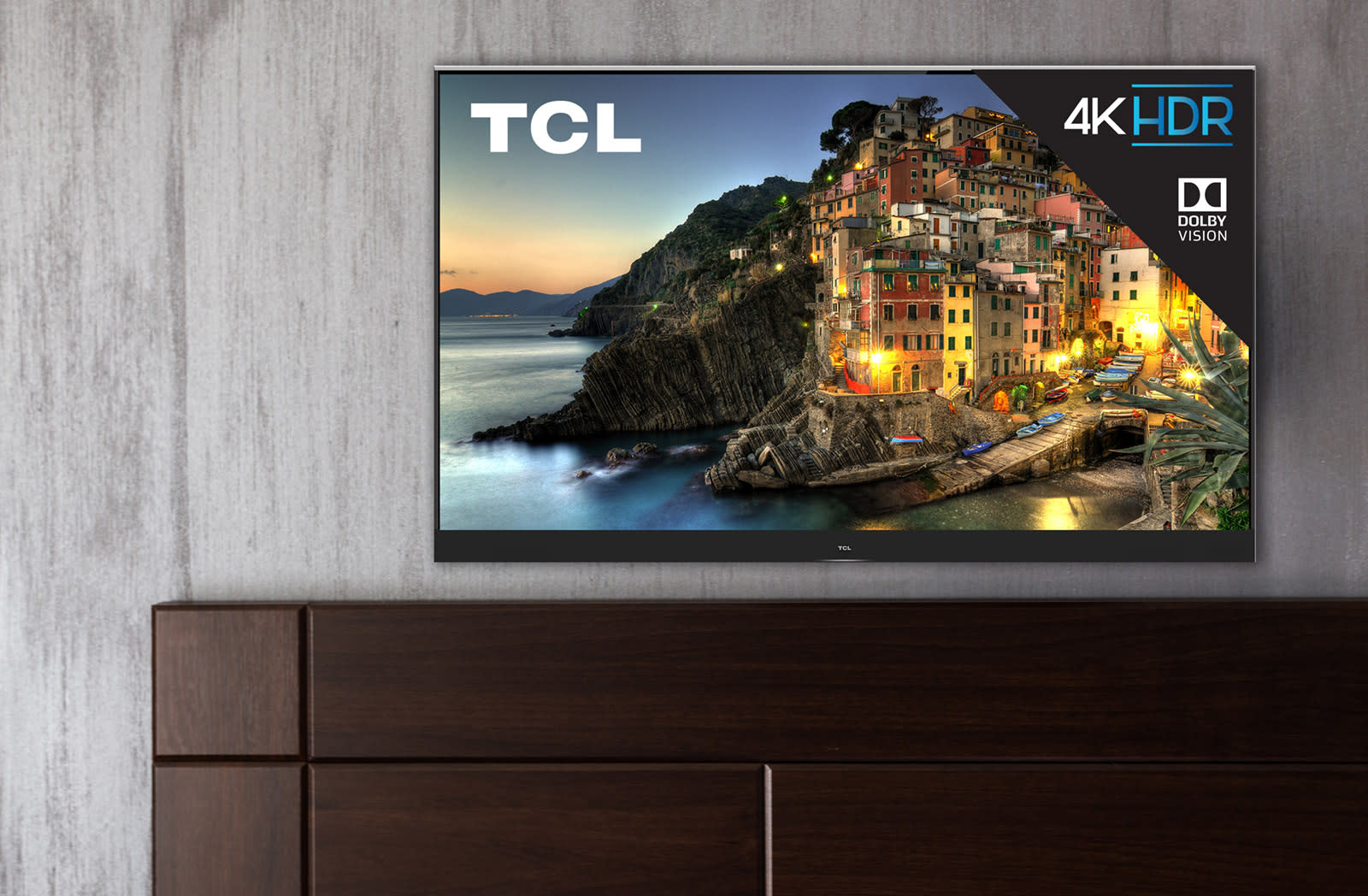 Today at CES, Roku unveiled 25 new Roku 4K TVs for the North American market, lowering the price bar for Dolby Vision HDR tech. As with past models, its latest C-series and P-series sets have built-in Roku streaming, giving you access to most smart TV and streaming services. TCL isn't exactly known for its great picture quality, but those lineups come with Dolby Vision HDR, giving you more colors, a brighter image and deeper blacks. And while such sets have generally cost $1,000 and up, the 50-inch P-series TV will launch for an affordable $500.

Dolby Vision has been adopted by film studios like MGM and Universal, along with streaming services including Netflix, Amazon and Vudu. TVs bearing the badge are supposed to be up to 40 times brighter than standard TVs, have better blacks, expanded contrast and 12-bits of color per pixel, equating to over 68 billion colors, compared to just 16 million for a regular TV.

Both the Roku C- and P-series have 4K Dolby Vision and HDR10 support, along with 4K "Creative Pro" upscaling, the latest Roku OS, new LED phosphors that supposedly deliver better colors, HDMI 2.0a and HDCP 2.2, 802.11ac wireless and ethernet. However, the C-series is attacking the higher end of the market with a slimmer, more contemporary design and also has "HDR Dynamic Contrast" that optimizes contrast by scene. That model ranges from 49 to 75 inches, while the largest P-series model is 65 inches. (Prices haven't been released for most models.)

TCL also launched the 2017 S-series, with regular HDR but no Dolby Vision, ranging from 43 to 65 inches. That lineup also packs built-in WiFi, three HDMI ports and, of course, the Roku streaming features. All told, CES 2017 represents a big new step for the Chinese company, which, despite being the third-largest TV manufacturer in the world, is little known in North America. Whether the picture quality can stand up to rivals like Samsung and LG remains to be seen, but we'll try to get a closer look on the show floor.

Click here to catch up on the latest news from CES 2017.
In this article: 4K, av, CES2017, DolbyVision, gear, HDR, HDR10, Roku, SmartTV, TCL, TCLRoku, TL16CESTV1
All products recommended by Engadget are selected by our editorial team, independent of our parent company. Some of our stories include affiliate links. If you buy something through one of these links, we may earn an affiliate commission.