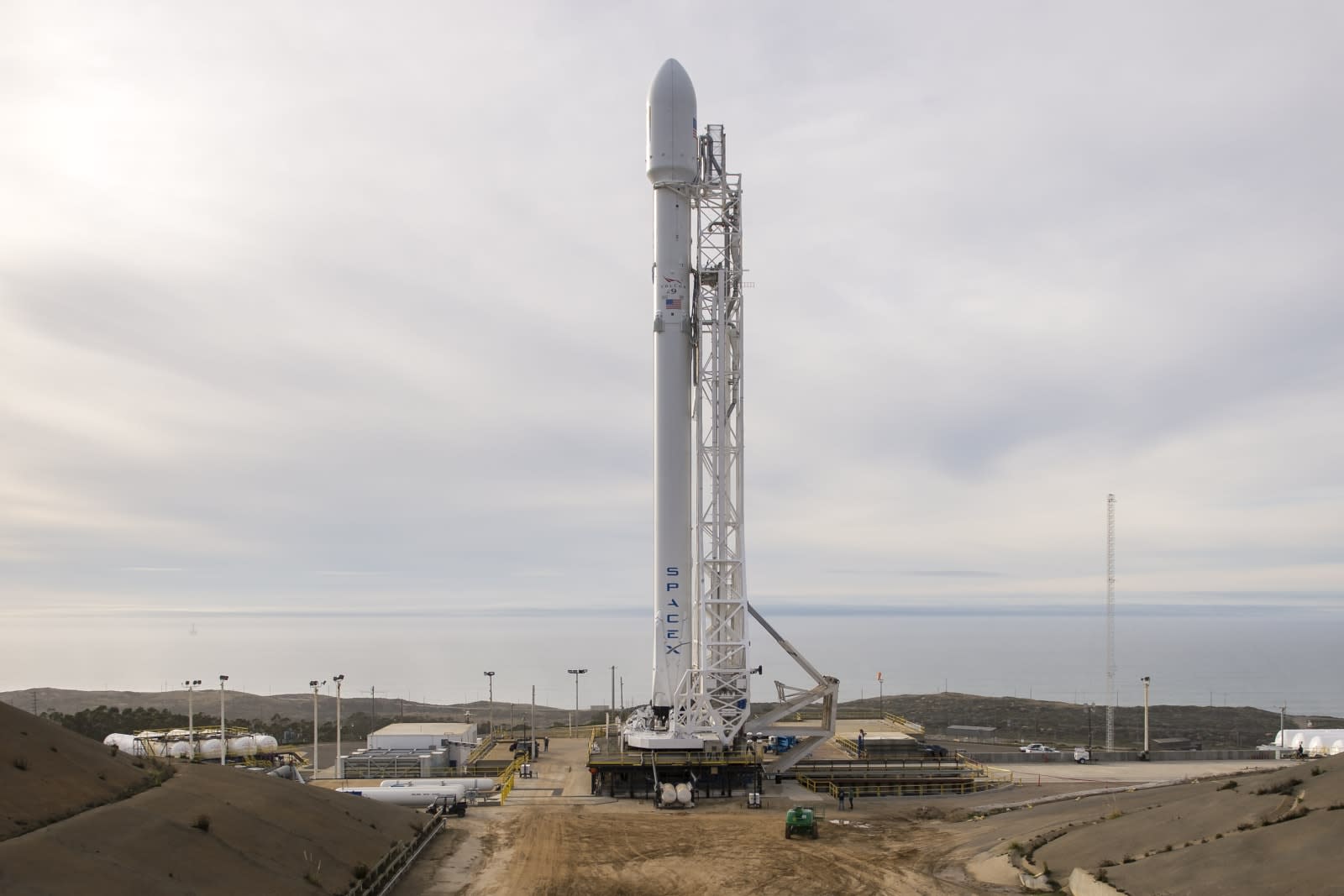 SpaceX's much-vaunted return to flight just hit a snag. Iridium has revealed that the Falcon 9 rocket launch has been pushed pack several days to January 14th, at 12:54PM Eastern. Why the long postponement when most delays tend to be a day or two at most? Simply put, the weather at Vandenberg Air Force Base will just be that terrible -- there are "high winds and rain" in the forecast for the next several days.

Not that SpaceX or Iridium will necessarily mind. The two want to know that the first Falcon 9 launch since the September explosion will go off without a hitch, both to protect the valuable payload (an Iridium Next satellite) and to show that Elon Musk's private spaceflight plans are back on track. It also gives some extra opportunity to verify the helium loading changes intended to prevent another disaster. Waiting several days will be worthwhile if it sets minds at ease in the long run.

High winds and rain in forecast at VAFB. First launch of #IridiumNEXT now planned for January 14th at 9:54:34 am PST. #NEXTevolution.

In this article: falcon9, iridium, iridiumnext, launch, rocket, science, space, spacex, VandenbergAirForceBase
All products recommended by Engadget are selected by our editorial team, independent of our parent company. Some of our stories include affiliate links. If you buy something through one of these links, we may earn an affiliate commission.