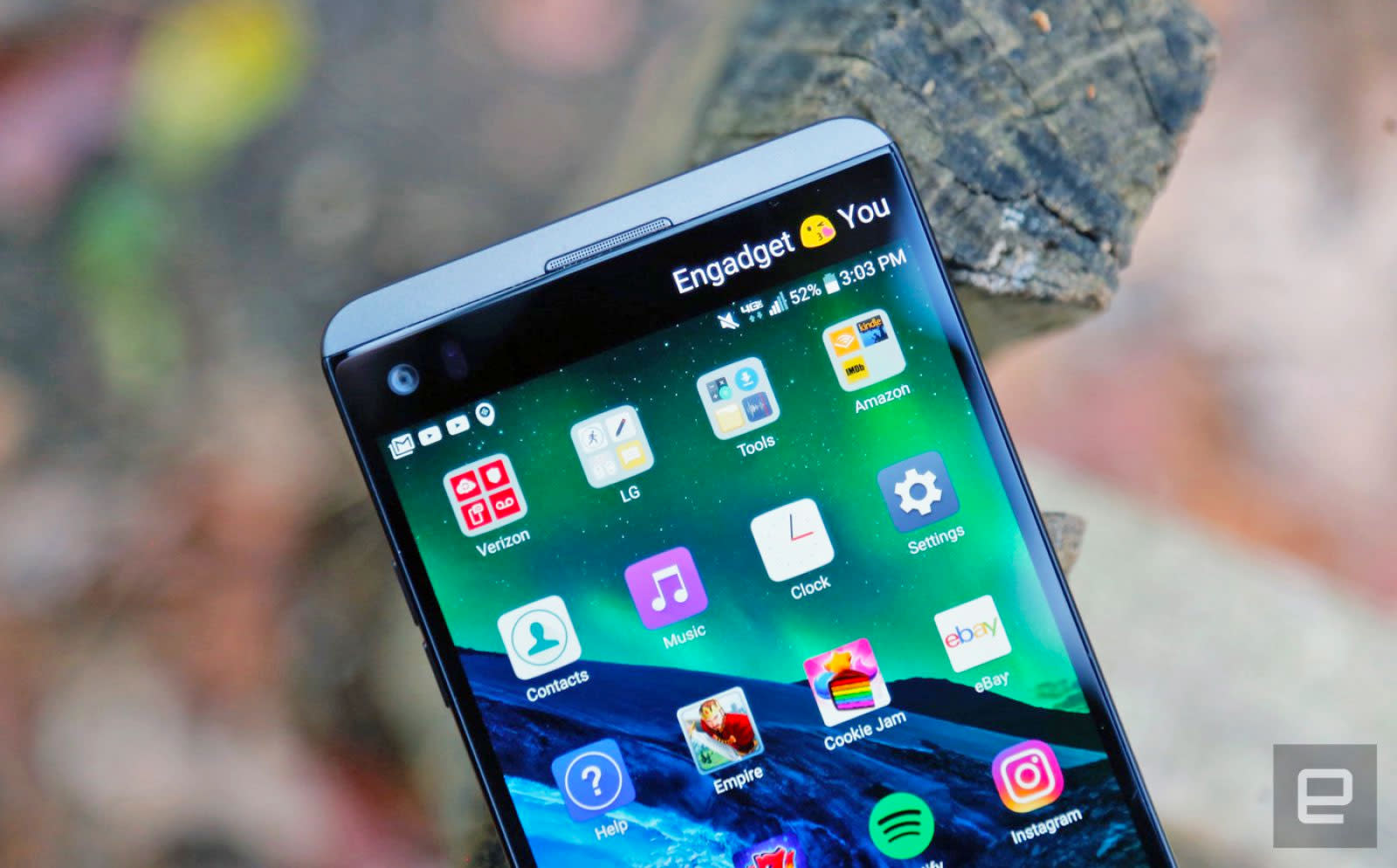 We already know LG is abandoning its modular effort for the upcoming G6, but today the company delivered another interesting nugget: It'll sport a 5.7-inch Quad HD+ panel with an 18:9 aspect ratio. Yes, that's really a 2:1 screen (math!), which means it'll be a bit taller than a typical 16:9 screen. While that might seem unwieldy, it could be a way for the company to implement some features from its dual-screen "V" phones in the G6. And really, at this point LG needs to do whatever it can to stand out from the pack.

The QHD+ display will pack in 1,440 by 2,880 pixels, a bit more than a typical Quad HD screen. LG Display said in a press release that it will be thinner than before, at less than 1mm thick, and it's reduced the bezel width by 20 percent on the top of the screen and 10 percent around the sides. Additionally, the company says it'll be 10 percent more visible outdoors and it'll use 30 percent less battery life.

LG is expected to announce the G6 at Mobile World Congress at the end of February, and the latest rumors suggest it'll release the phone in Korea on March 10. That could allow the company to beat Samsung's Galaxy S8 to the shelves, but as we've seen time and again, being first on shelves doesn't necessarily lead to a sales win.

In this article: 18-9screen, entertainment, G6, gadgetry, gadgets, gear, lg, LGDisplay, LGG6, mobile
All products recommended by Engadget are selected by our editorial team, independent of our parent company. Some of our stories include affiliate links. If you buy something through one of these links, we may earn an affiliate commission.