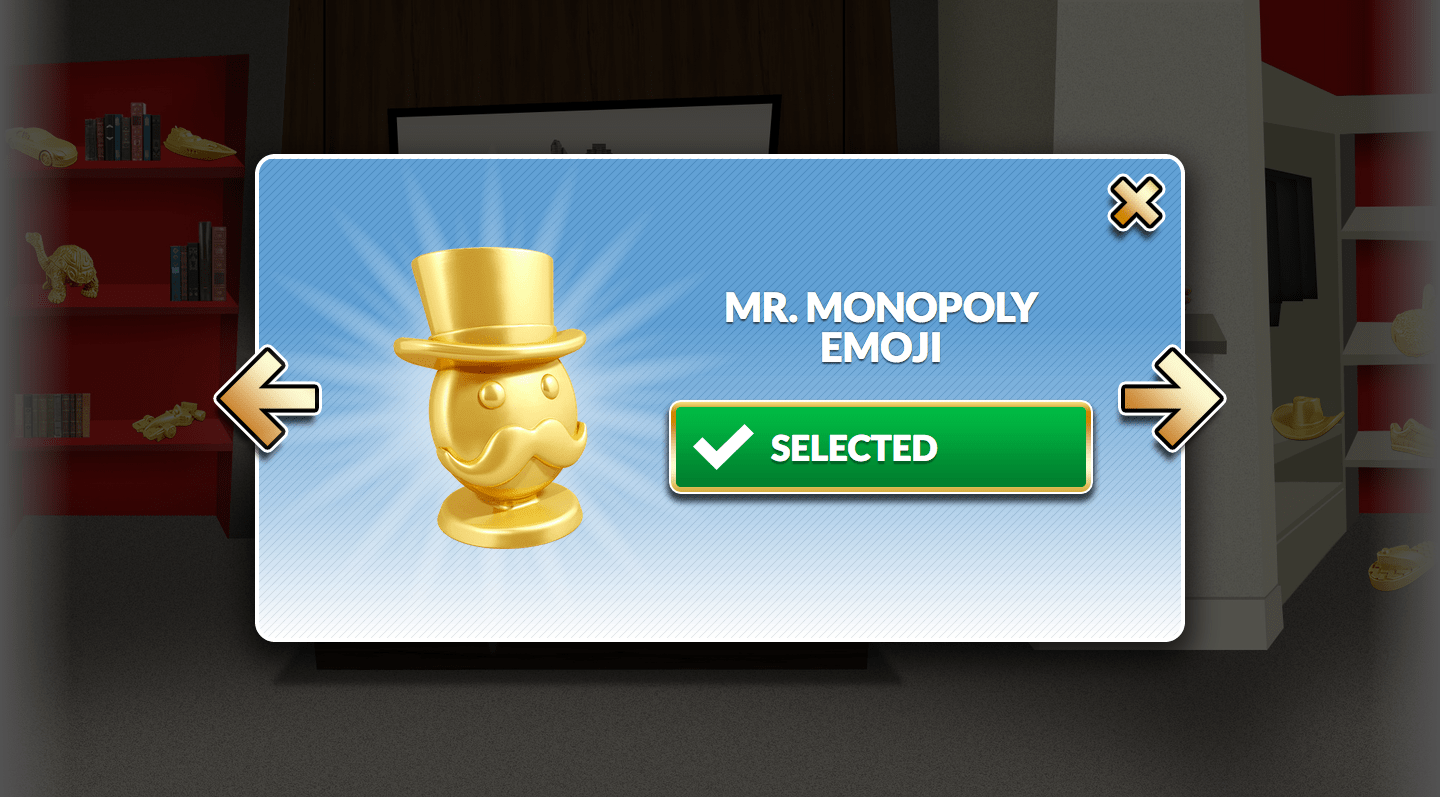 Hasbro is no stranger to taking votes on new Monopoly tokens, but this time around everyone's favorite tiny images are among the options. Between now and January 31st, you can select which of the 56 new game pieces you would like to see make the cut. Yes, you can vote for any of the current tokens to remain or replace them entirely as you make your picks for the final 8. The company plans to announce the results of the public vote on World Monopoly Day that takes place on March 19th.

In 2013, Hasbro collected votes on Facebook for a new game token and the masses decided to replace the iconic iron with a cat. It also took fan feedback on which cities to feature in the "Here & Now" version of the game in 2015. Almost a year ago, the company debuted the "Ultimate Banking" edition of the board games, nixing paper money in favor of debit cards and an electronic card reader.

As far as the emoji go, wink face, Mr. Monopoly, thumbs up, smiley face, kissy face and crying with laughter are the options you have to choose from. You can also select a hashtag token or any one of dozens of other objects. I'm a bit partial to the T-Rex myself.

In this article: culture, emoji, gaming, internet, monopoly, TL17EMOJ, tokens, vote
All products recommended by Engadget are selected by our editorial team, independent of our parent company. Some of our stories include affiliate links. If you buy something through one of these links, we may earn an affiliate commission.