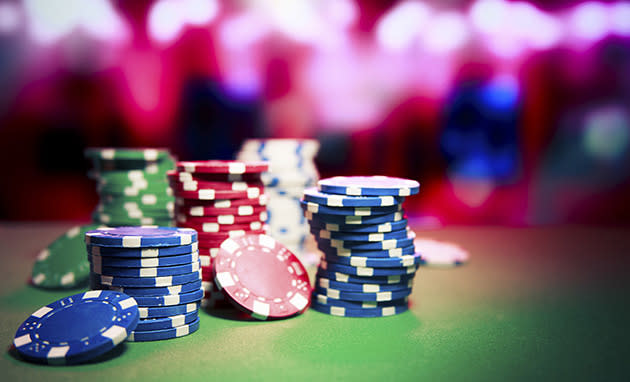 Poker-playing bots aren't exactly new -- just ask anyone who's tried to win a little cash on PokerStars -- but two different groups of researchers are setting their sights a little higher. To no one's surprise, those AI buffs are trying to teach their algorithms how to beat world-class Texas Hold'em players, and they're juuuust about there.

In a paper (PDF) published on January 6, a team of collaborators from the University of Alberta, Charles University and the Czech Technical University claimed that their DeepStack AI is the "the first computer program to beat professional poker players in heads-up no-limit Texas hold'em". That confident (but not yet peer-reviewed) proclamation on the heels of a string of victories against high-level human players -- in total, 44,852 hands were played against 33 players recruited by the International Federation of Poker. Well, "string" might not be the right word; it sounds like the human players were basically routed.

"Over all games played, DeepStack won 492 mbb/g," the DeepStack paper reads. "This is over 4 standard deviations away from zero, and so highly significant. Note that professional poker players consider 50 mbb/g a sizable margin."

It's also important to remember that these are games of no-limit, hold'em, which are significantly more complex than limit hold'em. Remember: in the limited format, bets and raises are capped at whatever the big blind is. No-limit hold'em, rather, lets players bet as much or as little as they want as long as it's over the minimum raise -- this is probably the format you're more familiar with if you enjoy watching people go all-in.

In fact, it's safe to say the difference in the level of computational complexity between versions of the game is pretty staggering. After all, those looser rules allow for a higher degree of flexibility, to say nothing of sheer gamesmanship. An algorithm would have to factor in chip counts, the significance of these unlimited bets, how hands played in the past affect current strategy and more. That same team from the University of Alberta claimed to have solved limit hold'em entirely two years ago -- a testament to its relative simplicity -- and AI researcher Noam Brown said last March there's "no chance" no-limit hold'em will be solved in our lifetime.

That doesn't mean Brown isn't going to try. The DeepStack paper was published just days before a team from Carnegie Mellon University is due to pit its own poker-playing AI against a handful of pro no-limit hold'em players in a Pittsburgh casino. (Whether the timing of the DeepStack announcement is a coincidence or a deviously brilliant bit of cutthroat academia is up to you.) This new AI -- Libratus -- was developed nearly from scratch by Ph.D. candidate Brown and CMU computer science professor Tuomas Sandholm, and will spend the next 20 days playing 120,000 hands against a quartet of competitors.

While some poker critics gave the DeepStack announcement some flak because there didn't appear to be any top-tier players in the mix, Libratus is facing off against some well-known players. Of the four, California's Jason Les appears to be the most notable: he's ranked 198th on the Global Poker Index and has cleared $1 million in winnings. A string of decisive victories against these players could legitimize AI superiority over humans in yet another widely played game. The AI of the future won't just be after our pride as players -- they could easily come for our wallets, too.

In this article: ai, algorithm, carnegiemellon, cepheus, cmu, computerscience, cs, culture, deepstack, machinelearning, poker, robots, texasholdem
All products recommended by Engadget are selected by our editorial team, independent of our parent company. Some of our stories include affiliate links. If you buy something through one of these links, we may earn an affiliate commission.