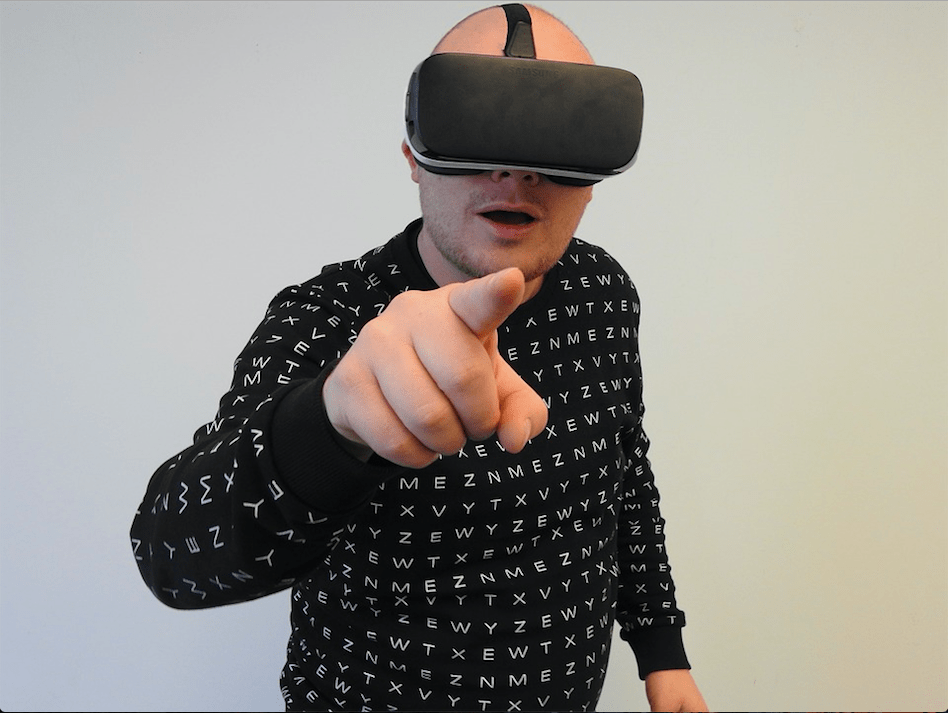 Virtual reality is no longer virtual, it's a fact of life. Anyone who thinks that it's not going to change almost every part of the entertainment industry is the same type of dinosaur that thought no one would ever want a tiny little movie screen in their house.

All around the web pundits, writers, visionaries, and experts are discussing and analyzing the "VR revolution." They ask when it will happen, what it will be like, and how it will affect our culture. The truth is, the spark of the VR revolution lies, as is usually the case with revolutions, with the public.

The technology is there, and while content might not be as commonplace as we wish, the one thing virtual reality really needs is a sweeping behavioral change in the way we actually consume VR content. What does this mean? It means that we won't consume VR content in the same way we currently consume movies or TV shows. We might even need to find a whole new verb, since it won't be accurate to say that we watch VR like we do with TV and movies.

This is not new. Any time the entertainment industry developed a new medium, a behavioral change had to occur in order to make it widespread. We used to go and see plays, we moved on to watching movies, then we decided to start listening to the radio, sat in front of TVs, and, most recently, we started playing video games, or gaming. Nowadays, we don't just watch, we binge. As much as each medium had to change the way content was created in order to truly find its own magic formula, so did we, the consumers, have to change our behavior.

The Resting Gamer - VR in Between Raids

Every self respecting gamer knows the only way to regenerate health is to rest. Gamers are currently the top target audience for high-end VR rigs such as the Oculus Rift, the new VR enabled Xbox Scorpio, and the Playstation VR. So, the question arises - what will gamers do with these high-end VR goggles when they are not gaming? This is not inconsequential. In 2013, it was widely reported that the most popular platform used to watch Netflix was the Playstation 3, and both major consoles already come integrated with various entertainment services for when they're not used for gaming.

Resting gamers will help define the initial content created for VR. They will require content as exciting and almost as immersive as the VR games they were just playing. The way they will consume content will function as a much needed break. Just spent the last 10 hours on an energy drink fueled rampage killing orcs? Why not take a 45 minute break watching a VR experience that puts you in your favorite game environment, with a plot unfolding all around you? The book "Ready Player One", soon to be adapted as a film by Steven Spielberg, theorizes that while the entire world will run on VR, it will be first and foremost a world built for and by gamers.

The reason "Game Of Thrones" is so popular, outside of the sex and violence, is world building, and GoT is not alone. Harry Potter, Lord Of The Rings, Star Wars, and even Sex and The City with its over the top version of NYC, are all rooted in building exciting and interesting worlds for cultural escapists to explore. For them, VR will be the place to be, it will become a brand new obsession, unparalleled by anything seen before. You think Potterheads are passionate about Harry Potter right now? Wait until JK Rowling's first scripted VR experience becomes available. A big chunk of this group are tech early adopters who are chomping at the bit to use their brand new VR rigs. These escapists will progress from reading the books, to watching the shows, to experiencing what it's like to fly on the back of a dragon next to Daenerys Targaryan. They bought into VR through curiosity, and will soon look to find experiences that make them feel like they're getting their money's worth.

VR will become another mandatory medium for those who want to be on the very forefront of culture and tech, as streaming was in it's very early days. The difference is that of the experiences, though similar in structure to each other, will be different to the consumer every time. This will increase the rewatchability potential each piece of content has. This will be especially true for the escapists, who in their pursuit to gather all of the information about their latest obsession, might spend the weekend binging one piece of content, as opposed to a whole season.

Much like radio, TV, and the set-top box before it, VR must conquer the living room in order to truly become a mainstream form of entertainment. We went from gathering around the TV at a precise time to watch the latest episode of Leave It To Beaver, to playing Mario Kart against each other, but where will we go next? The family VR experience will be a communal one, perhaps most similar to a family vacation, where the entire family will create memories and one-of-a-kind experiences together, in an immersive world.

Imagine sitting in the living room with your kids, while you're all taking a stroll together on the surface of the moon, your eldest son playing on the lander left by Apollo 11, while you and your daughter run down a crater together created by an asteroid billions of years ago. Families can enjoy dance or exercise classes together in their own living room with real live instructors right in front of them, or take a stroll through an interactive museum, the real world counterpart of which exists halfway across the world. Families will remain the same, but the way they can experience things together will be different. And your teenage son will have no problem not looking at his phone for family fun time.

Virtual reality will change everything we know about entertainment, just like any new medium before it. The secret is to understanding that VR does not simply equal a 360 video. It is as similar to 360 video as radio is to television. While you can have a television show of a man reading a script and nothing else, that would be a criminal under-utilization of the medium. VR will have to rise above these simple concepts, and find its own new paradigms. Understanding the behavioral changes that consumers will have to take is critical to that process.