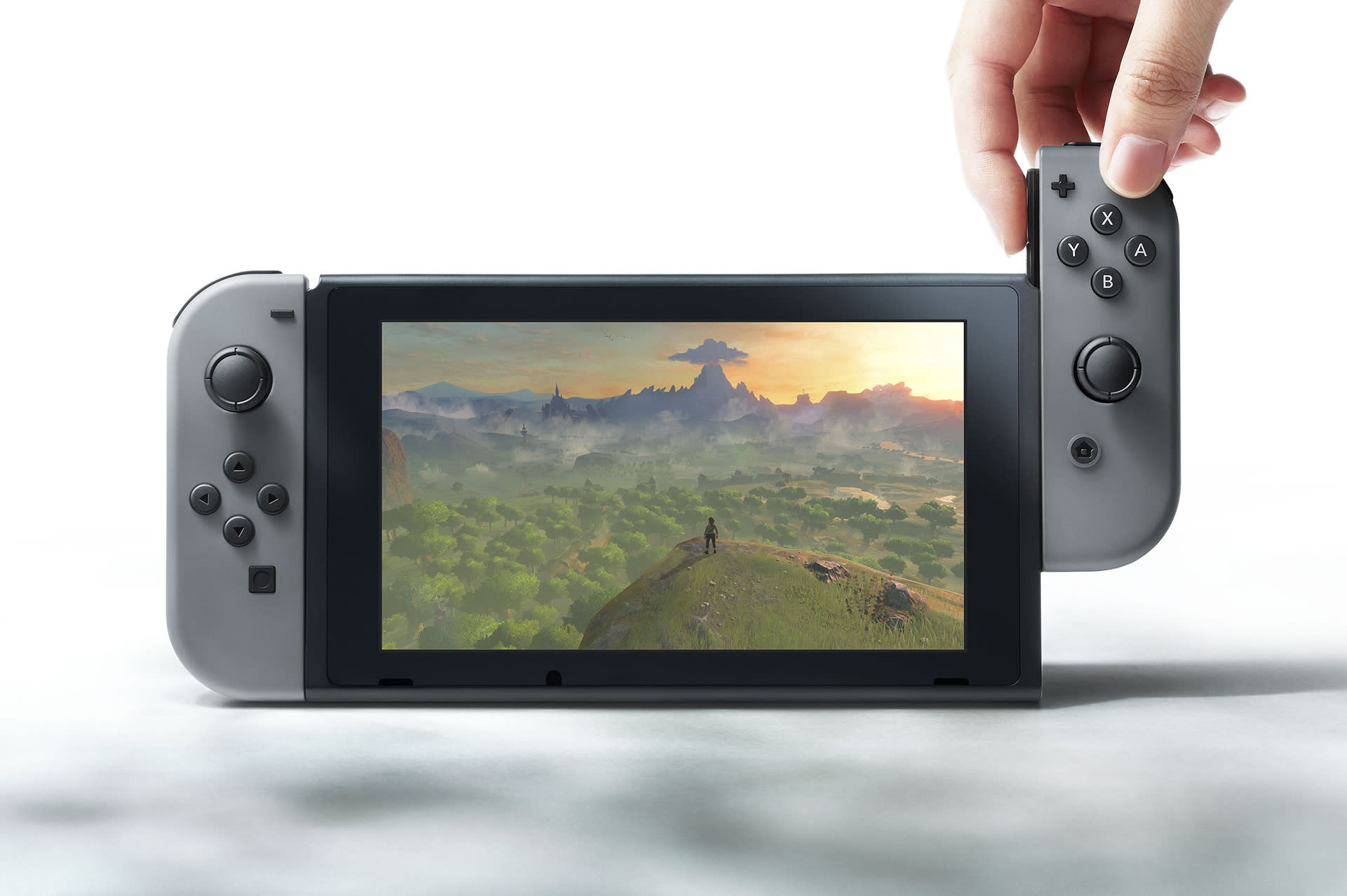 The Nintendo Switch will cost $300 (£280) when it hits store shelves (of the digital and physical variety) March 3rd. Nintendo revealed the price and release date -- we had only a release month previously -- during its Switch live stream on the evening of Thursday, January 12th.

#NintendoSwitch will be available for $299.99. pic.twitter.com/Dwgduo0sT7

The controllers, called Joy-Cons, connect to a main grip to become a traditional gamepad for living room play. Or they can be used as individual motion controllers.

The Joy-Cons' motion-sensing system is able to differentiate among rock, paper and scissors hand motions. They also have an HD Rumble system that Nintendo says allows players to feel individual ice cubes falling into a glass, or water filling up a vessel.

The Switch features a 720p capacitive touchscreen, as opposed to Nintendo's previous consoles (the DS, 3DS and Wii U), which have resistive touchscreens. Inside, it has 32GB of storage, but that's expandable with Micro SD.

Also revealed today, the Switch won't be region-locked, allowing players to load up games from any territory without issue. Additionally, the system will offer online multiplayer, but it won't be free.

Nintendo showed off a handful of games heading to the Switch, including Splatoon 2, Super Mario Odyssey, Minecraft: Story Mode, Skylanders Imaginators, Rayman Legends, Skyrim, Minecraft, NBA 2K18, Arms and The Legend of Zelda: Breath of the Wild, which is officially a launch title due out March 3rd.

In this article: av, gaming, nintendo, nintendoswitch, personal computing, personalcomputing, switch, switch2017
All products recommended by Engadget are selected by our editorial team, independent of our parent company. Some of our stories include affiliate links. If you buy something through one of these links, we may earn an affiliate commission.