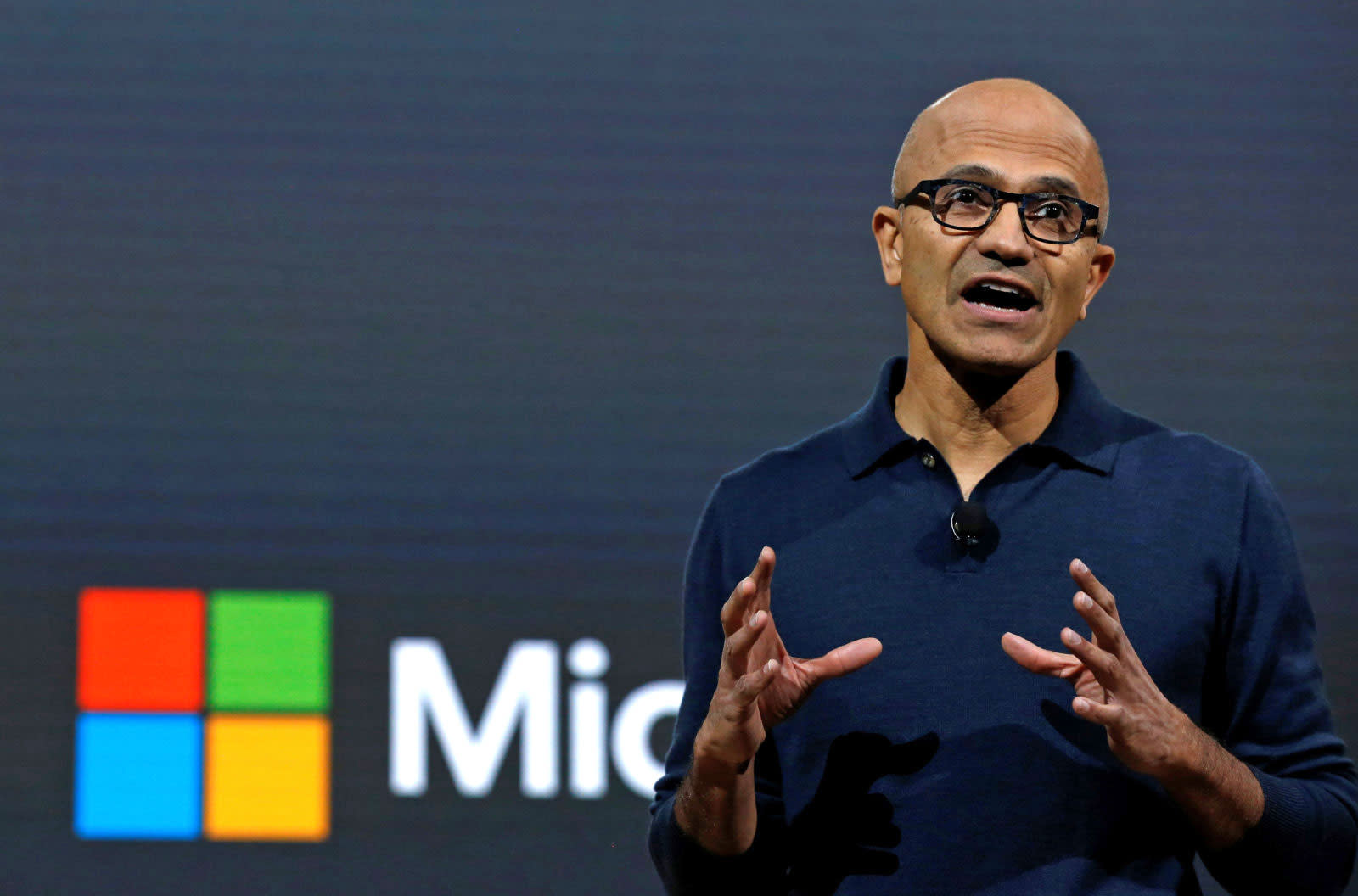 Artificial intelligence has gone from being something relegated to science fiction, to a buzzword every tech company is eager to slap onto their latest innovations. When it comes to the implementation of AI, though, Microsoft CEO Satya Nadella is urging for companies to take a considerate approach. "The fundamental need of every person is to be able to use their time more effectively, not to say, 'let us replace you'," he said at the DLD conference in Munich, according to Bloomberg.

While acknowledging that AI will be democratized quite a bit this year, Nadella noted, "The most exciting thing to me is not just our own promise of AI as exhibited by these products, but to take that capability and put it in the hands of every developer and every organization." The notion goes back to his revised mission statement for Microsoft to "empower every person and every organization on the planet to achieve more."

It's nice to see a CEO take a more humanistic approach to fancy new technologies for once. But it's also hard to deny that even a light approach to AI could eventually lead to stronger implementations that could end up replacing human employees. That'll be even more pronounced as artificial intelligence is applied to automation, something that's already hurting manufacturing jobs (while increasing productivity for companies). As we've pointed out, technology could end up replacing retail jobs soon, similar to what we've seen with the Amazon Go concept store.

In this article: AI, artificialintelligence, business, culture, gadgetry, gadgets, microsoft, SatyaNadella
All products recommended by Engadget are selected by our editorial team, independent of our parent company. Some of our stories include affiliate links. If you buy something through one of these links, we may earn an affiliate commission.