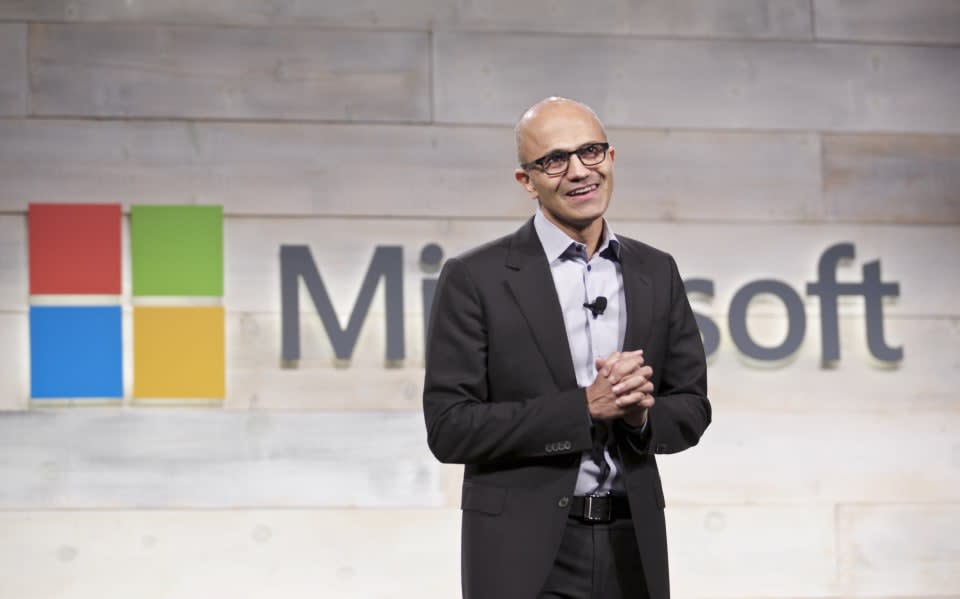 It was only a matter of time until Microsoft CEO Satya Nadella updated the company's mission statement with his own twist. Today, a week after a major executive shakeup, he revealed it in a "State of the Union" message to Microsoft employees. "Our mission is to empower every person and every organization on the planet to achieve more," Nadella wrote in an email message, which was published by Geekwire. If you've been paying attention, you'd notice that it's pretty much the same goal former Microsoft CEO Steve Ballmer was aiming for in his 2013 mission statement update, except it's much clearer and easier to understand. It's also a fitting vision for Nadella, who's been focused on making Microsoft more streamlined and nimble, rather than the lumbering giant that's too slow to innovate.

Nadella reiterated Microsoft's need to focus on the cloud and mobile, and he was quick to point out that the concept of "mobile" also refers to creating mobile experiences for customers (likely across multiple devices), all powered by the cloud. Windows Phone hasn't been much of a success for Microsoft so far, but with Windows 10 it'll have a platform that finally unites its mobile and desktop experiences. That may finally help Microsoft sell more phones, though that's probably less of a priority now that the company is also supporting iOS and Android with flagship software like Office.

Somewhat ominously, Nadella also mentioned that the company will have to make some "tough choices in areas where things are not working." Carving out the fat has been a big part of his tenure -- last year he announced Microsoft's biggest round of layoffs ever, which hit 18,000 employees -- but it'll be interesting to see what gets chopped next. It could mean the company is changing the way it approaches building phones and tablets, especially since last week's exec shuffle pushed out Stephen Elop, Nokia's former CEO who served as Microsoft's EVP of devices and services, and Jo Harlow, its head of phones (who came over with Elop). The Surface tablets, in particular, might get the axe now that Microsoft is also working directly with computer manufacturers like HP for flagship hardware like the Spectre x360.

In this article: microsoft, SatyaNadella
All products recommended by Engadget are selected by our editorial team, independent of our parent company. Some of our stories include affiliate links. If you buy something through one of these links, we may earn an affiliate commission.