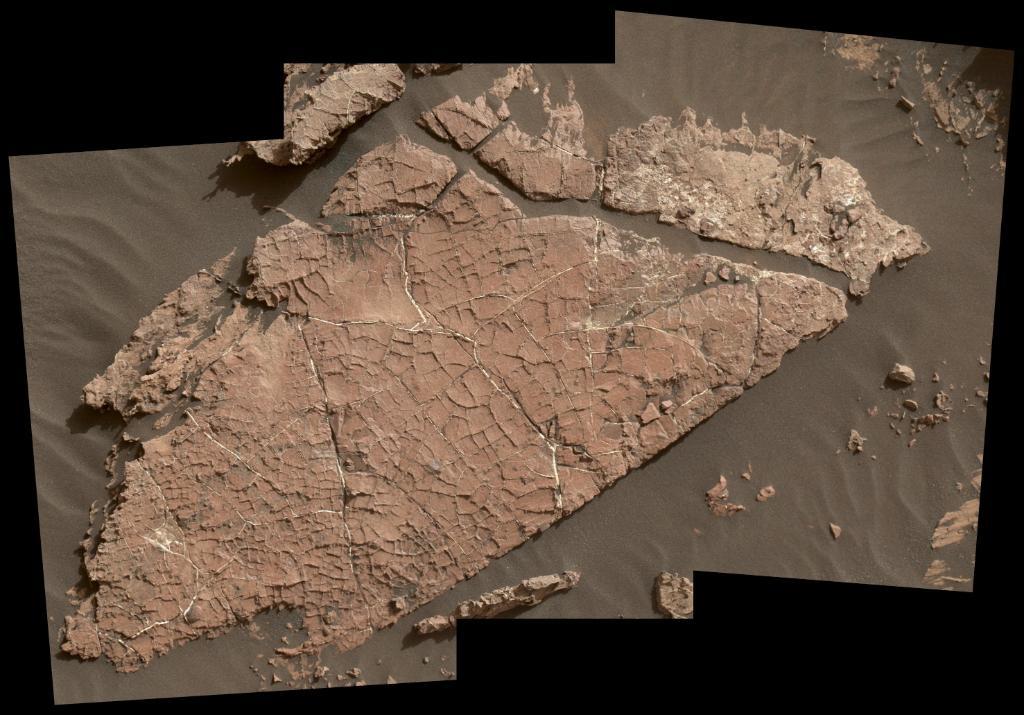 NASA's four-year-old Curiosity rover spent 2016 discovering new clues to Mars' history, including veins potentially from evaporated lakes and mineral deposits suggesting the planet once had oxygen. The craft spent the beginning of 2017 examining a newly-discovered natural formation: Rock cross-cut with ridges, which are probably mud cracks.

Assuming that interpretation holds up, it will be the first mud cracks (okay, "desiccation cracks") confirmed by the rover. Regardless, the cracked surface formed 3 billion years ago and was buried by layers of sediment, which all became stratified rock, according to a NASA blog post. Wind erosion exposed the split pieces, which are located in an area known as "Old Soaker" on lower Mount Sharp. Other evidence in the site includes a layering pattern called cross-bedding, which could have formed where water flowed vigorously, as in near the shore of a lake. Then again, it could have been made from windblown sediment during a dry episode.

Mars once had lakes, or at least wetter conditions than it does today, based on the latest data from @MarsCuriosity: https://t.co/6hGhodCQwE pic.twitter.com/SLKmW0wgj8

In this article: curiosity, CuriosityRover, Mars, MarsWater, nasa, science, space, water
All products recommended by Engadget are selected by our editorial team, independent of our parent company. Some of our stories include affiliate links. If you buy something through one of these links, we may earn an affiliate commission.