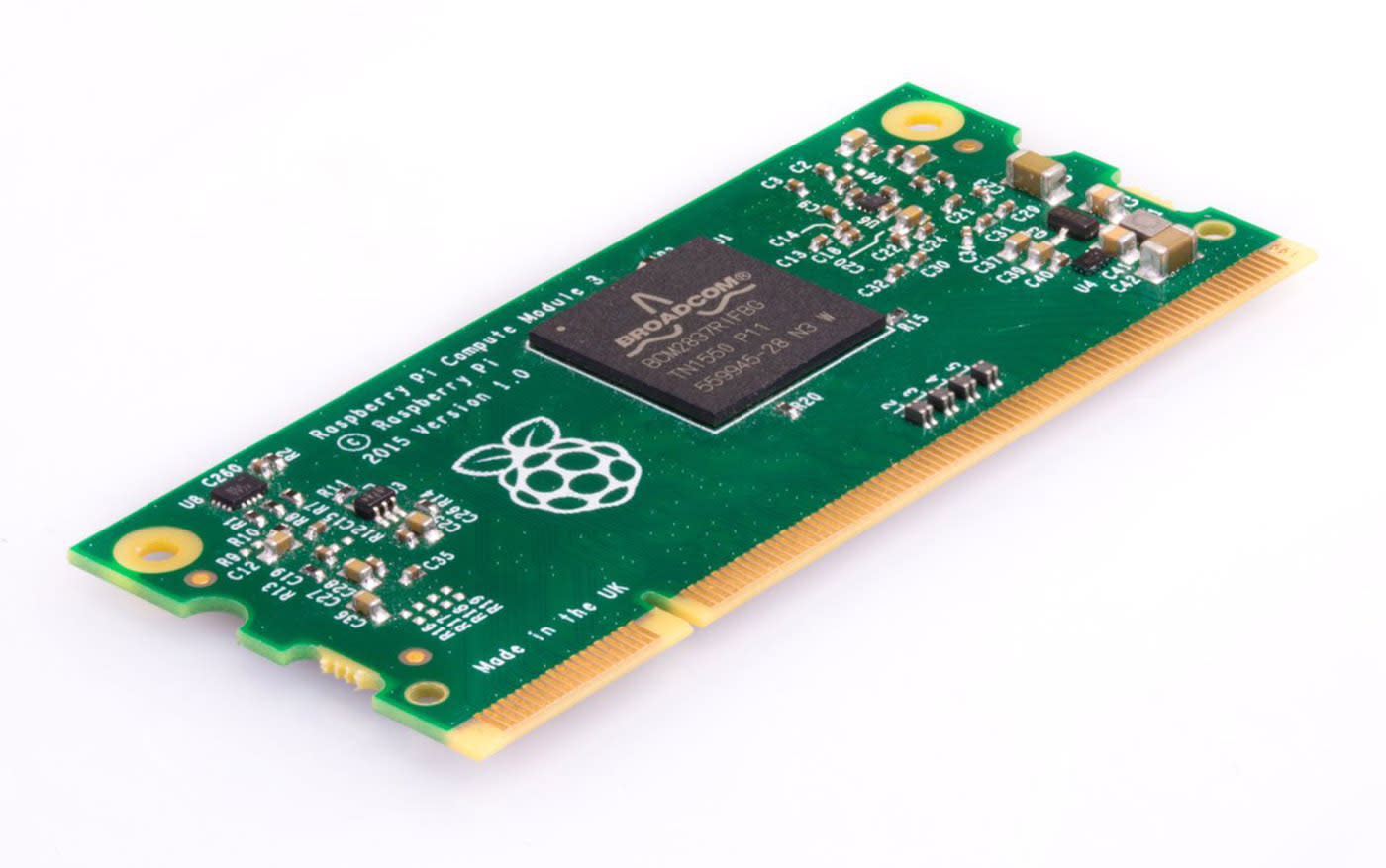 Raspberry Pi has taken its latest computing board and squished it onto the stick-sized Compute Module 3, giving it about ten times the power of the original Compute Module. Unlike the Raspberry Pi 3 upon which it's based, however, the device is built for industrial applications, prototypers and advanced hobbyists, not students or casual users. It can now play that part a lot better, thanks to a 1.2GHz Broadcom processor, 1GB of RAM (double that of the original) and upgradeable storage.

Raspberry Pi points out that NEC used the device in its latest signage and presentation monitors (below), giving you an idea as to the intended market. It fits into a standard DDR2 SODIMM form factor, making it easy to find inexpensive sockets from several manufacturers. Developers will also want the Compute Module IO Board, giving you Pi-like pin and flexi connectors, MicroSD, HDMI and USB "so that you have an entire system that can boot Raspbian (or the OS of your choice)," the organization wrote. The idea with the Compute Module is "to provide the 'team in a garage' with easy access to the same technology as the big guys," Raspberry Pi wrote. As such, manufacturers can add it into a dumb device to make it smart, since it can single-handedly do processing, memory and routing chores. At the same time, it should be relatively easy to program for anyone with some Pi experience.

In this article: ARM, ComputeModule3, ComputeStick, CPU, gear, MicroprocessorBoard, personal computing, personalcomputing, RaspberryPi
All products recommended by Engadget are selected by our editorial team, independent of our parent company. Some of our stories include affiliate links. If you buy something through one of these links, we may earn an affiliate commission.