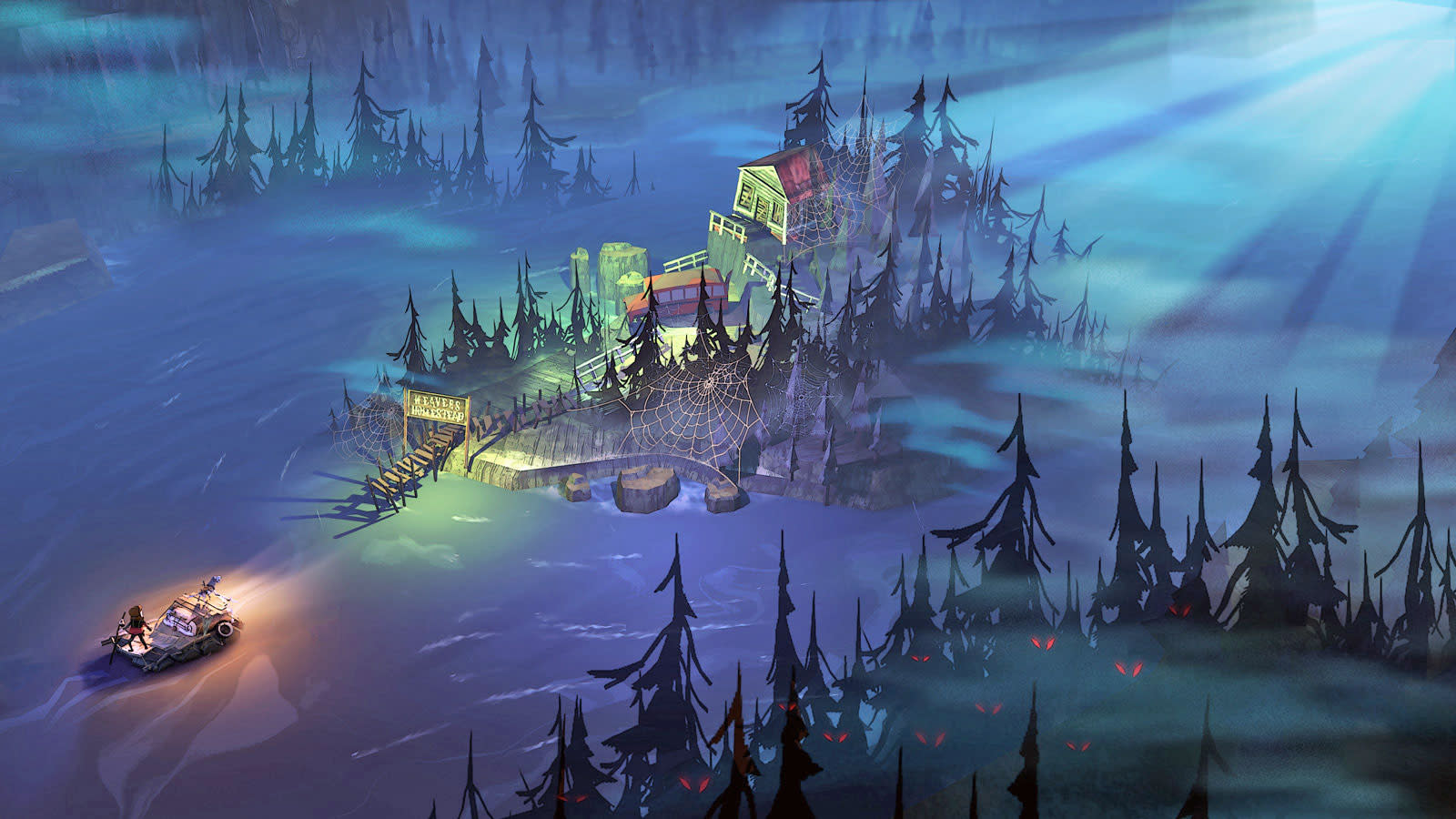 When it was released last year, The Flame in the Flood garnered a lot of attention for its big name developers and unique take on the wilderness survival genre. Today, PlayStation 4 players who have been missing out the experience will finally get to take a trip up the game's fictionalized Mississippi river and through a dystopic version of the American South.

Announced last month, the PS4 version was ported by Curve Digital and arrives as The Flame in the Flood: Complete Edition, which includes Director Commentary from game studio Molasses Flood's "team of AAA refugees," a new dynamic theme, new system avatars and a few gameplay tweaks just for Sony's console. The studio's experienced talent have some of the biggest titles in gaming under their collective belts -- including BioShock Infinite, Halo and Rock Band -- but The Flame in the Flood stands apart with its indie game ethos, crafting system and fast-moving exploration of a completely realized post-apocalyptic world. It doesn't hurt that Chuck Ragan's lively alt-country soundtrack was one of 2016's best either.

The Flame in the Flood runs a reasonable $14.99 on PS4, but players will get a couple bucks off for the launch. And, of course, it's still available for PC and Xbox One as well.

In this article: av, CurveDigital, gaming, playstation4, ps4, sony, TheFlameInTheFlood, TheMolassesFlood
All products recommended by Engadget are selected by our editorial team, independent of our parent company. Some of our stories include affiliate links. If you buy something through one of these links, we may earn an affiliate commission.