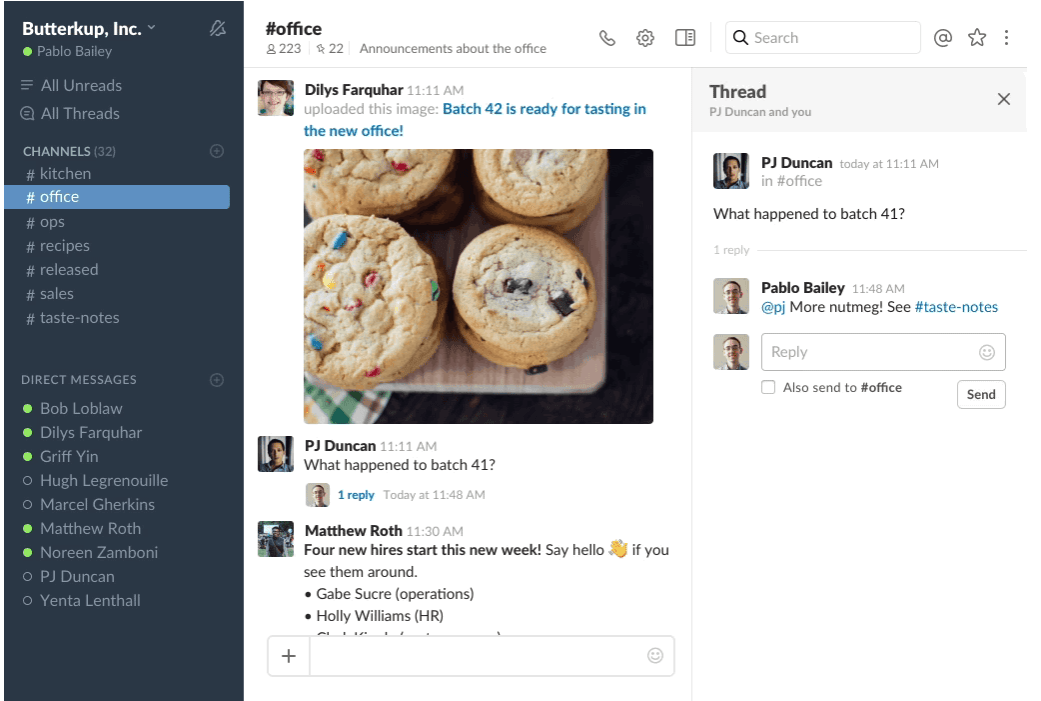 Slack, the ever-popular communication tool and current darling of enterprise software, is getting a long-awaited update: threaded messaging. As the company writes in a blog post today, threaded messaging is a way to reduce clutter in ever-crowded Slack rooms. If someone in a room starts a conversation that only involves a select group of participants, you can hover your mouse over the message and click the new "start a thread" option. That'll open this separate conversation in the Slack app's right sidebar and let you add specific participants.

Unlike standard private group messaging, messages that you add to a thread can be seen by anyone in the chat room -- they're just collapsed by default. The main room view shows the avatars of those participating so you can see who's jumped in the in-depth discussion. Slack also added the option to take any message in a thread and make it visible in the main room for all participants to see.

Since heavy Slack users will likely end up participating in quite a few threads, there's a new "all threads" option in the left sidebar. If someone in one of those threads adds a message, it'll light up to notify you of the ongoing conversation. But that's the only notification that Slack is adding for threads by default. Just like chatting in a normal room, you'll only be pinged directly if someone @-mentions you in a thread.

Slack says that this is one of the most requested features its users have (though I'm skeptical that this ranks ahead of an improved status indicator, but that's just me). And this update is timely, as the company faces new pressure from both Microsoft and Facebook in the enterprise messaging space. So if you're one of those who has been looking for threaded messaging, keep your eyes peeled. The Slack apps for desktop and mobile should update this week with the new feature.

In this article: chatrooms, communication, gear, internet, messaging, slack, threadedmessaging
All products recommended by Engadget are selected by our editorial team, independent of our parent company. Some of our stories include affiliate links. If you buy something through one of these links, we may earn an affiliate commission.