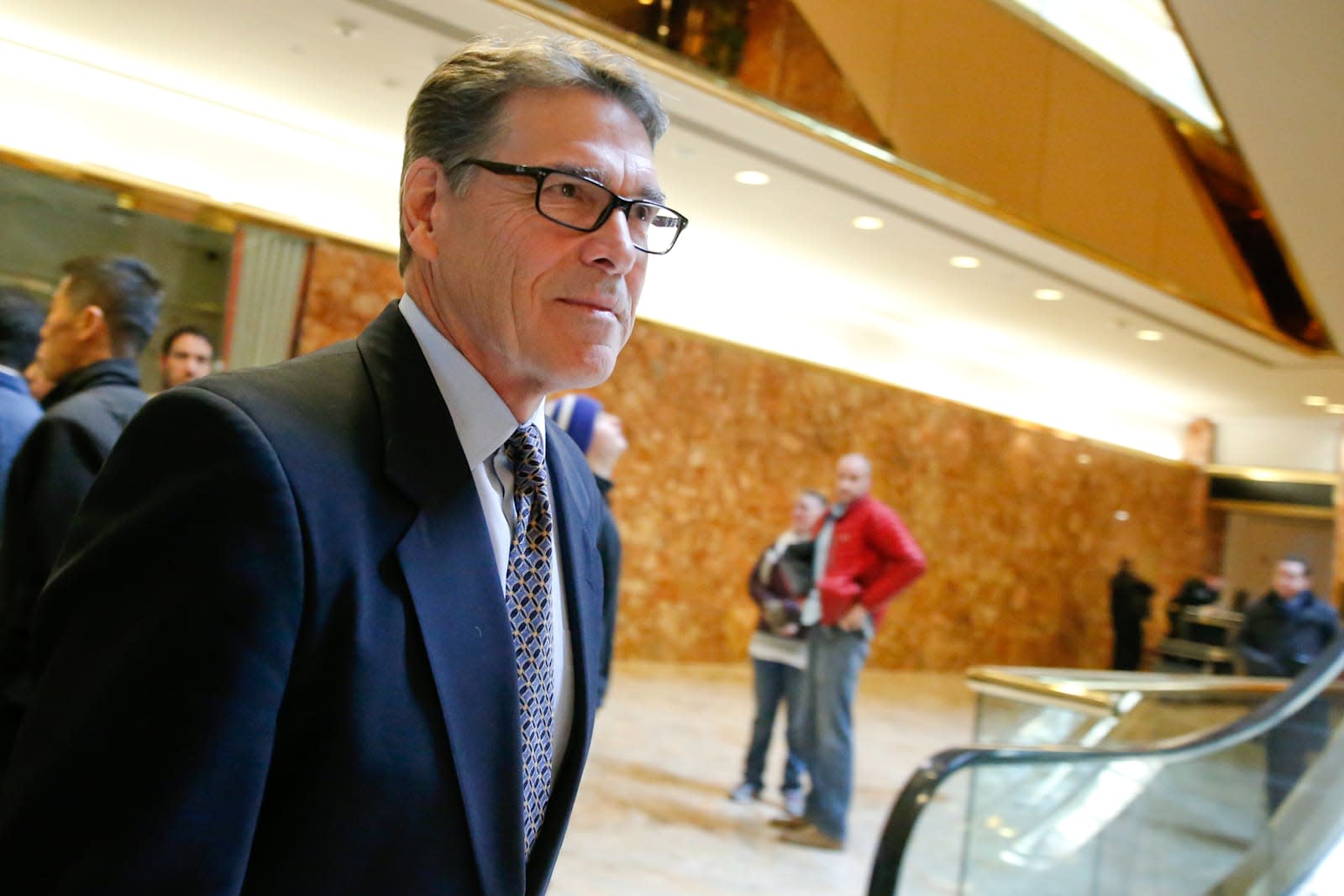 Rick Perry, former Governor of Texas, could become the United States' next energy secretary. However, according to a New York Times report, Perry believed the role would help him champion the country's oil and gas industry — which he has experience with during his time as governor. In fact, the job specification (and the majority of the department's budget) actually centers on the nation's $20 billion nuclear stockpile and overseeing national laboratories that form a major part of the government's science remit. If approved, Perry has incredibly stiff learning curve ahead of him, encompassing nuclear management, science and technology investment.

Perry, who once demanded the elimination of the Energy Department, will start the confirmation process later today in front of the Senate Energy Committee. His predecessor, Ernest Moniz, was chairman at MIT and directed the institutes linear accelerator. Before Moniz, the secretary was Steven Chu -- a Nobel Prize winner. Perry graduated in 1972 with a Bachelor of Science in Animal science.

If approved by the Senate, Perry would oversee the US' nuclear stockpile, as well as being in charge of refurbishing and maintaining it. The country's nuclear weapons program is currently in the middle of developing a new weapons system that will connect all its missiles via a secure network. This will cost over a trillion dollars.

Meanwhile, the department attempting to protect its political impartiality, with new guidelines to ensure employees can continue their research without any political influence. According to the guidelines, scientists will be able to express their opinion, get the opportunity to review Department statements about their work, and that officials should not and will not ask scientists to tailor work to fit particular conclusions. As we reported earlier, the new regulations would require Rick Perry to appoint an independent Scientific Integrity Official to handle any complaints. (Also: How easy would it be to undo these new guidelines once the new President is inaugurated?)

The Department has reason to be concerned: It recently refused a request from the President-elect to name employees that have attended climate change meetings. It said it will provide publicly available information, but will keep staffers' names under wraps to "respect the professional and scientific integrity and independence".

The DoE also has a role in funding new energy ideas and the companies that bring them forward. It loaned Elon Musk $465 million towards Tesla, which the company is paying back ahead of time.

Does the former governor know what he's in for? Michael McKenna, an energy lobbyist who worked on both Perry's 2016 presidential campaign and Trump transition's energy department team, which he has since left, told the NYT: "If you asked [Perry] on that first day he said yes, he would have said, 'I want to be an advocate for energy. If you asked him now, he'd say, 'I'm serious about the challenges facing the nuclear complex.' It's been a learning curve." Mc.Kenna has since reportedly recanted his remarks, saying they were out of context.

Update: The confirmation process has started. Perry started by apologizing for his past efforts to squash the department.

In this article: culture, DepartmentOfEnergy, doe, DonaldTrump, politics, RickPerry, science, secretaryofenergy
All products recommended by Engadget are selected by our editorial team, independent of our parent company. Some of our stories include affiliate links. If you buy something through one of these links, we may earn an affiliate commission.