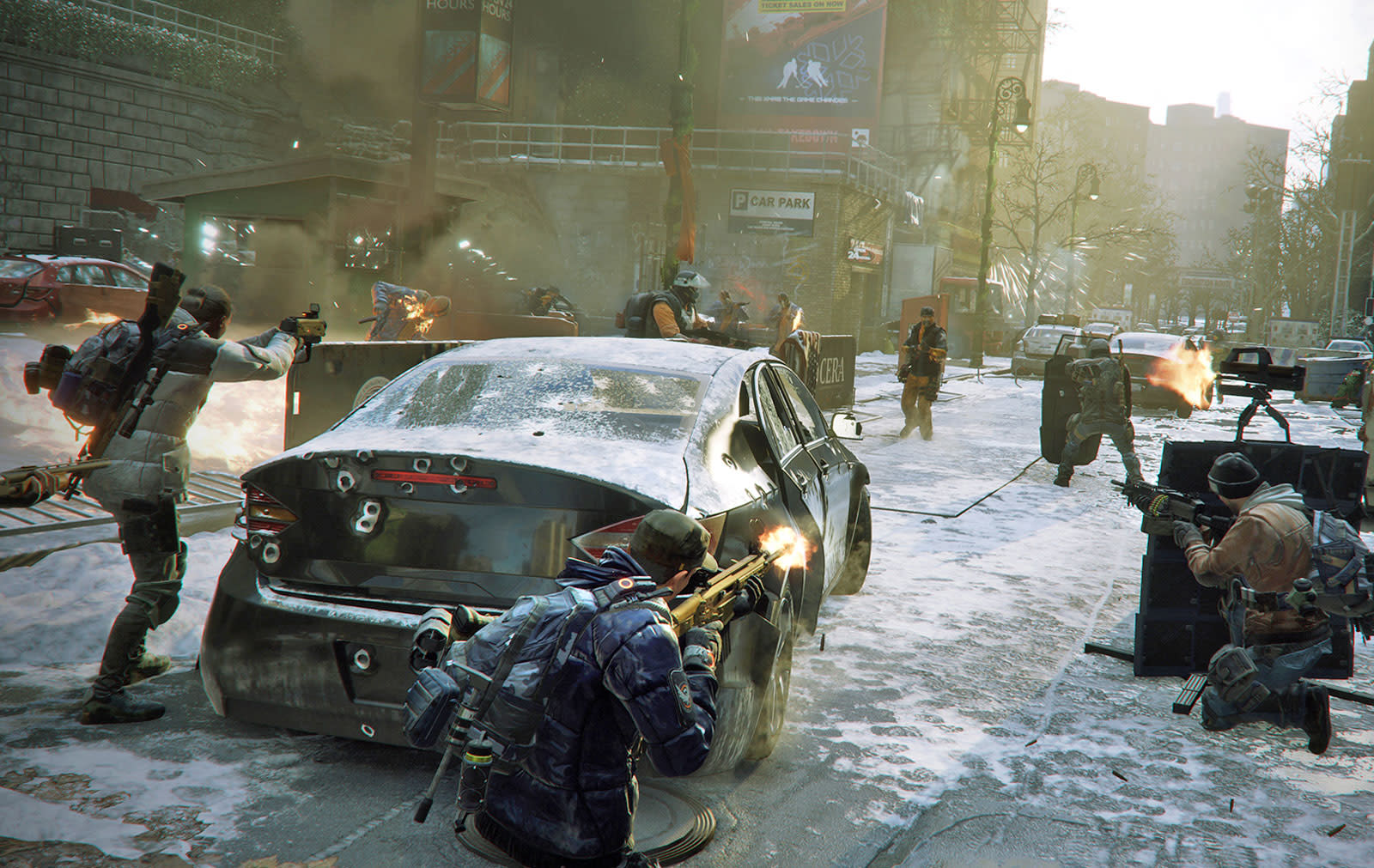 Now that Ubisoft has spent some time improving the fundamentals of The Division, it's ready to focus on more content. And this time, there's a lot for seasoned players -- even those who'll never pay for add-ons. The upcoming free 1.6 update will add three new Dark Zone areas, nearly doubling the area of the anyone-can-kill-you environment. These areas also include new "Contamination" events that not only include tougher enemies, but chip away at your health even outside of combat. And did we mention that the Dark Zone now has leaderboards that encourage you to excel in fights against both the AI and rival players?

You won't have to venture into those wilder areas to face additional challenges, either. Ubi is adding a Legendary skill level for three missions (Napalm Production Site, Times Square and WarrenGate Power Planet) where enemies will use "more advanced tactics" (such as reacting to your skills) to catch you off-guard. It's explicitly intended for cooperative play, so you could liken this to Destiny's raids and nightfall strikes.

There are still some under-the-hood improvements on the way. Gear Sets have been tweaked, armor's role has been downplayed (health and stamina matter more) and the skill system has been reworked to introduce more variety. There's also a revamped in-game store with a new currency and a wider range of items to buy.

You'll still get the most perks if you spring for the game's simultaneous Last Stand expansion (which adds a capture-and-hold mode). However, 1.6 by itself still appears to add a lot. It's recognition that dedicated fans will quickly run out of things to do in role-playing titles like this, and that they need a steady stream of fresh material if they're going to keep playing. About the only question is how long Ubisoft can keep this going. There are more expansions and updates in the works, but long-term support for a buy-once game isn't as easy to justify as it is for a subscription RPG.

In this article: av, games, gaming, personal computing, personalcomputing, ps4, thedivision, tomclancy, tomclancysthedivision, ubisoft, videogames, windows, xboxone
All products recommended by Engadget are selected by our editorial team, independent of our parent company. Some of our stories include affiliate links. If you buy something through one of these links, we may earn an affiliate commission.