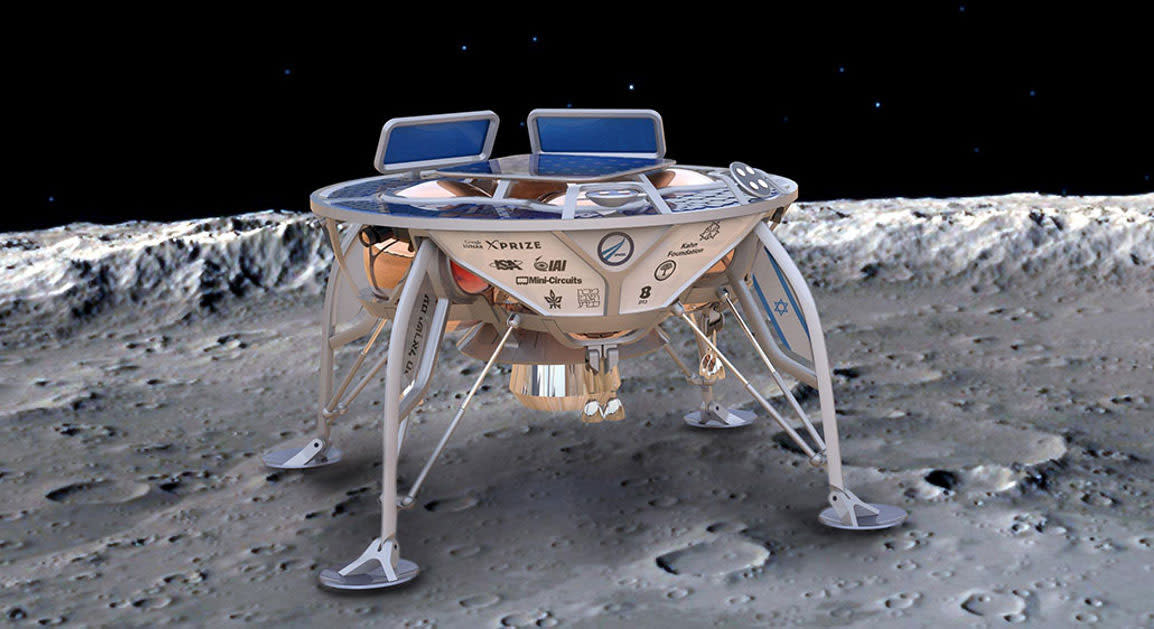 Google's Lunar Xprize is finally on the home stretch almost a decade after it was first announced. The contest organizers have revealed the five teams that got into the final phase of the competition by securing launch contracts before 2016 ended. First is team SpaceIL, an Israeli non-profit developing a dishwasher-sized spacecraft (see the image above) that can explore the moon by taking big hops instead of driving around like a rover. They've secured a space aboard one of SpaceX's Falcon 9 rocket's future launches.

Next is Moon Express from the US, a promising contender with two milestone prizes under its belt that want to use the moon's resources for humanity. It signed a three-launch contract with Rocket Lab USA for 2020. The next team, Synergy Moon, is made up of people from various parts of the globe who plan to send a lander and a rover to Earth's faithful companion aboard an Interorbital Systems rocket. Team Indus from India, another milestone prize winner, plan to launch theirs with the help of Indian Space Research Organization's Polar Satellite Launch Vehicle. Finally, team HAKUTO from Japan signed a rideshare deal with Team Indus to take its two-rover system to the moon.

Google Lunar Xprize challenged space lovers to create and land a privately funded spacecraft on the lunar surface. The spacecraft has to be able to travel over 1,640 feet and to beam back HD videos and images from its location to win its creators the grand prize worth $20 million. Google has been giving out millions in milestone prizes for years now, however, including its most recent Diversity prize. The company awarded the prize to 16 teams (who'll have to split the $1 million reward) for proving that "you don't have to be a government superpower to send a mission to the moon."

In this article: google, lunarxprize, moon, science, space, xprize
All products recommended by Engadget are selected by our editorial team, independent of our parent company. Some of our stories include affiliate links. If you buy something through one of these links, we may earn an affiliate commission.