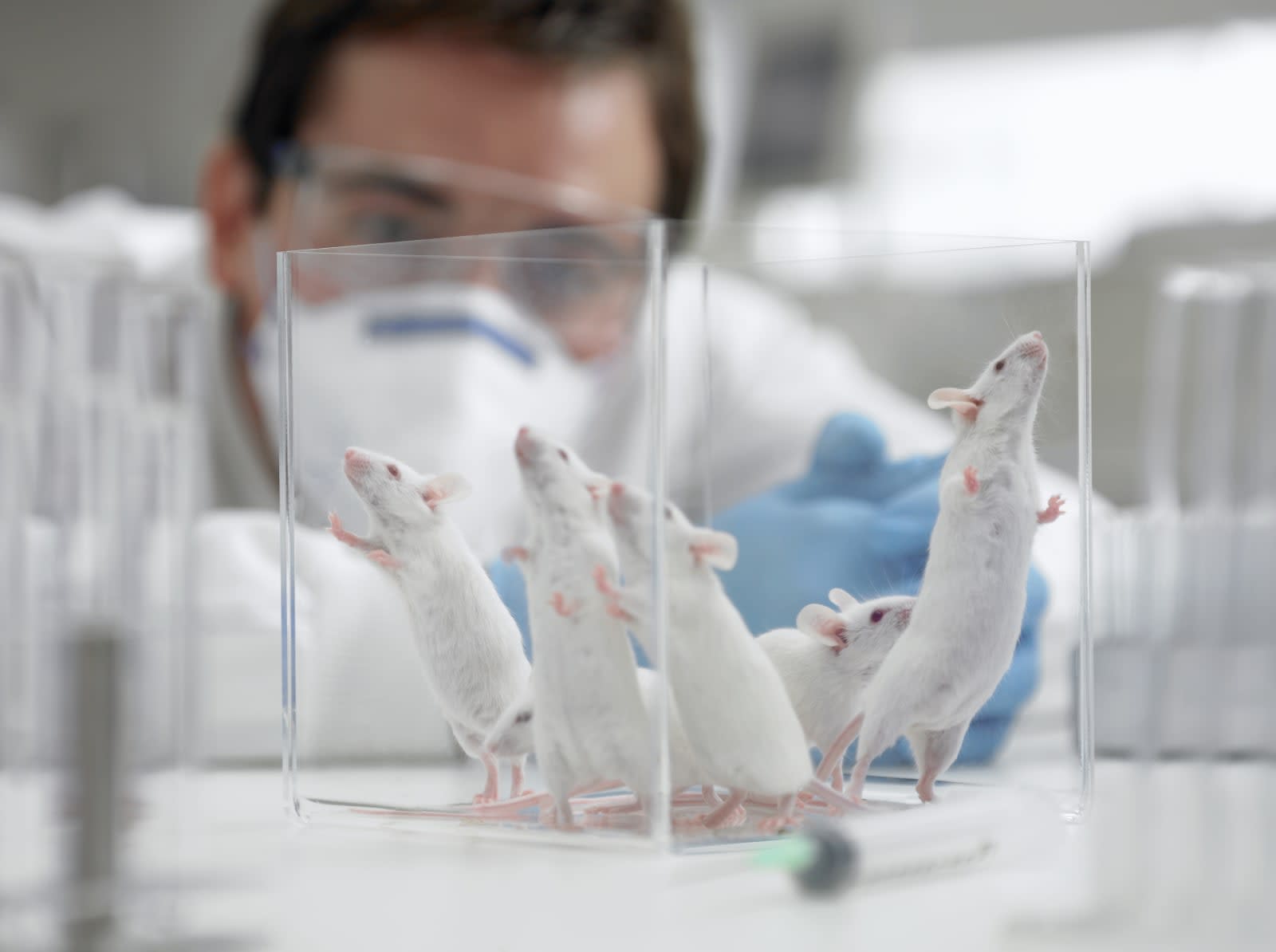 Scientists have discovered a way of counteracting the proteins that cause Alzheimer's-like symptoms including memory loss. In mice, at least. Whereas other treatments have focused on beta-amyloid clumps (which the University of Michigan recently discovered how to "fingerprint"), researchers at Washington University in St. Louis, Missouri focus on tau protein tangles. Specifically, the genes that produce them.

By injecting mice with bits of antisense oligonucleotides -- RNA -- four times a month, tau levels dropped, existing tangles were seemingly obliterated and the protein stopped spreading through the brains of older mice. That's according to New Scientist. It's worth noting that the rodents had been genetically engineered to have Alzheimer's-like symptoms at the experiment's outset.

As a result, the scientists say that the treated mice lived some 50 days longer than those that weren't injected with the antisense. More than that, compared to the control group, they were able to recall nest-making traits previously lost.

The researchers have begun tests in chimps, but not with the same results. Tau production dropped by 20 percent, but there's worry that reducing tau levels might have an adverse effect on human brains. Further testing will be carried out on larger primates.

There hasn't been enough information gathered yet to start human trials, but it might not pose a huge risk -- up to a point. Mice that have been engineered to not produce the protein have been fairly healthy for "most of their lifespan," according to the publication.

The question is how the lack of tau could alter how the human brain normally operates. One scientist, Michel Godert from the Laboratory of Molecular Biology at Cambridge, posits that staying within a 30 percent decrease could still keep the benefits of the treatment without negatively changing anything.

In this article: Alzheimers, antisenseoligonucleotides, experiment, medicine, mice, proteins, rna, science, tau, WashingtonUniversityInSt.Louis
All products recommended by Engadget are selected by our editorial team, independent of our parent company. Some of our stories include affiliate links. If you buy something through one of these links, we may earn an affiliate commission.