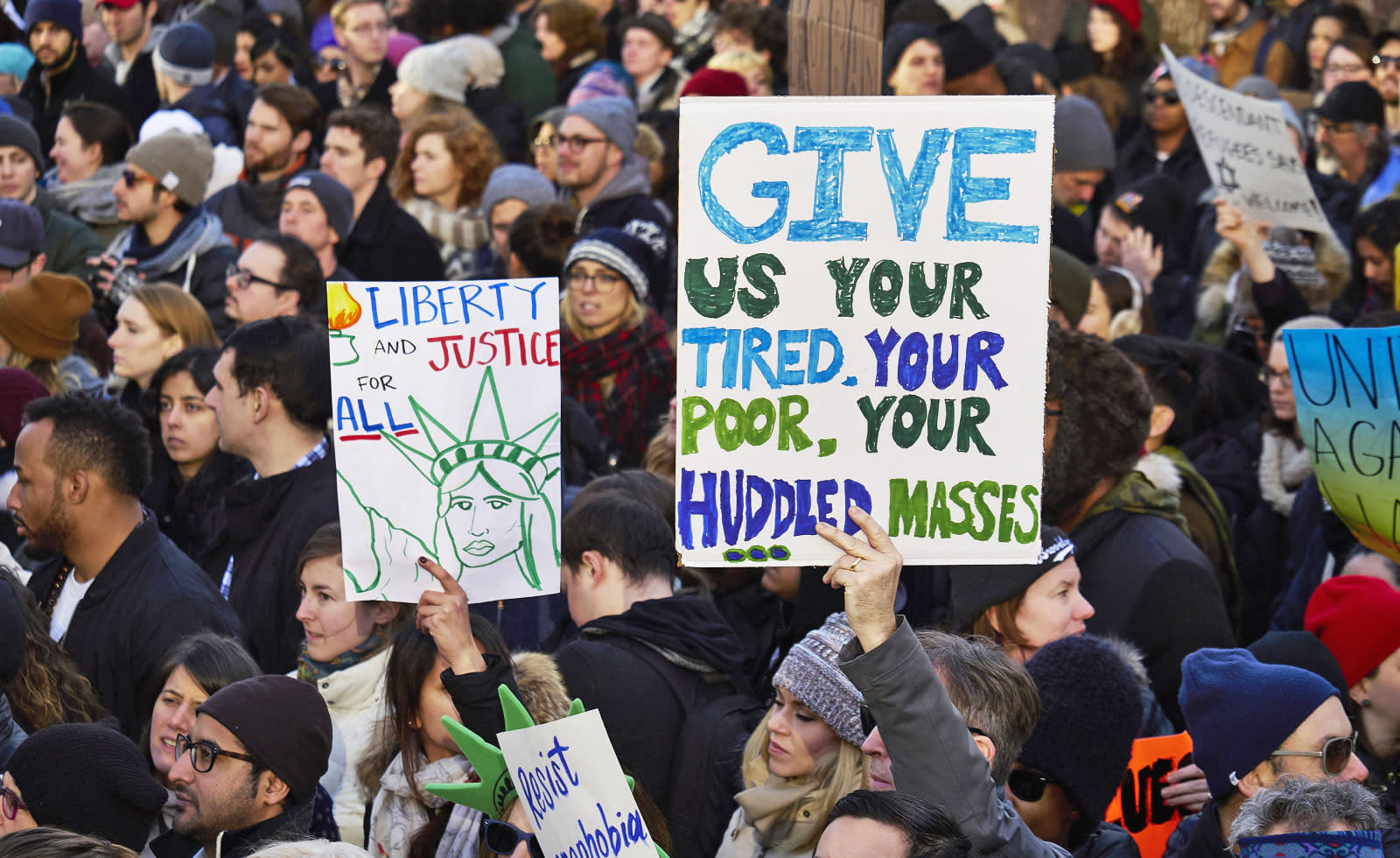 If it wasn't already clear that the tech industry is opposed to President Trump's immigration restrictions, it is now. Hundreds of New York City tech luminaries have signed a letter that urges Trump to change his mind on the policies, many of whom are from companies you'll recognize -- Airbnb, Blue Apron, Comcast Ventures, Foursquare, Indiegogo and Kickstarter are just a few examples. Many of them are CEOs or founders of influential firms, including Uber chief Travis Kalanick.

The collective argues that the ban, which covers both refugees as well as immigrants from several Muslim-majority countries, will both "undermine" New York City's diverse tech community and "send a dangerous message" that immigrants aren't welcome. The town is defined by its immigrant culture, the group contends, and many tech giants were founded at least in part by immigrants (think Intel, Google and Tesla, for starters). Americans should be doing "everything in our power" to attract these entrepreneurs, not giving them the boot.

We wouldn't count on Trump taking the letter into account when he stood firm in the face of nationwide protests. However, this suggests that the tech industry is presenting a united front on the issue -- the President won't get much support from companies worried about losing potential talent and cultural diversity.

In this article: airbnb, culture, donaldtrump, immigration, indiegogo, kickstarter, newyorkcity, politics, traviskalanick, trump, uber
All products recommended by Engadget are selected by our editorial team, independent of our parent company. Some of our stories include affiliate links. If you buy something through one of these links, we may earn an affiliate commission.
Share
Tweet
Share