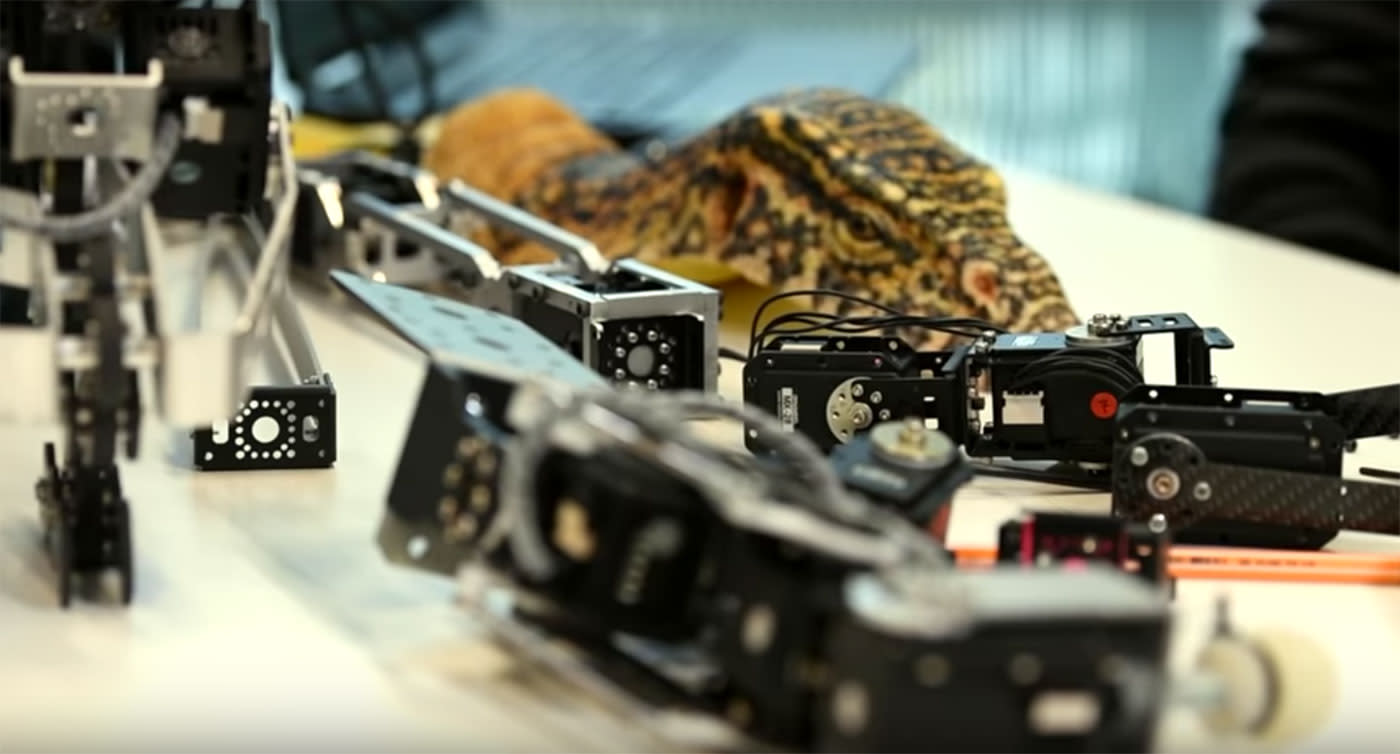 The BBC One nature show Spy in the Wild wanted to get up close and personal with some crocodiles and monitor lizards. Instead of setting up hidden cameras, though, its producers got in touch with the École Polytechnique Fédérale de Lausanne's famous robotics division. Apparently, they saw Pleurobot, the robotic life-like salamander EPFL made, and wanted machines that can blend in with real reptiles. The team ended up building two remote-controlled robots representing the two species with cameras for eyes.

They look like the real deal and move, well, almost like them, as well. According to the scientists, they studied the animals very closely to be able to reproduce their movements. They then made copies of the creatures' joints using motors, bones using aluminium and carbon fiber and skin using latex waterproof suits. Team member Kamilo Melo said the whole process is called bio-informed robotics: "We study biology, gather information and data to inform robotic design, and then we use that design to gain understanding of the original biology." They also wired a small computer to the machines' 24 motors that allows them to be controlled from as far away as 1,640-plus feet.

The Spy in the Wild episode featuring these robotic reptiles already aired on the 26th, but you can watch them move in the video below:

In this article: bbc, EPFL, gear, reptiles, robot, robots, spyinthewild
All products recommended by Engadget are selected by our editorial team, independent of our parent company. Some of our stories include affiliate links. If you buy something through one of these links, we may earn an affiliate commission.