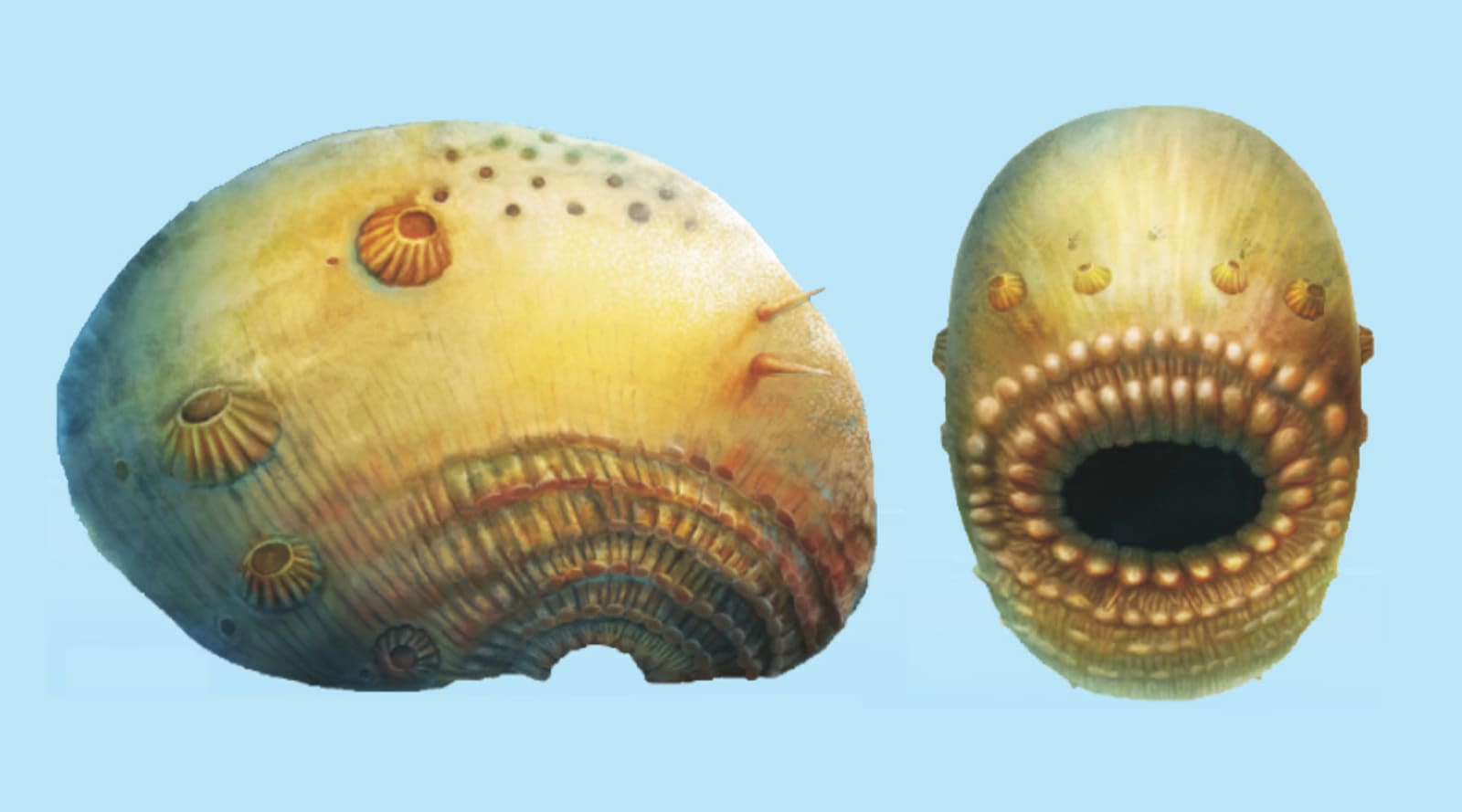 Paleobiologists in search of the earliest records of life on Earth have discovered what they believe is the human race's earliest known ancestor: a 540 million-year-old deuterostome about the size of a grain of rice called Saccorhytus coronarious that may have evolved into everything from sea urchins to land mammals and humans.

Deuterostomes make up a superphylum of animals that includes vertebrates, sea creatures and certain worms. The discovery of fossilized Saccorhytus coronarious in central China's Shaanxi province was detailed in a new study in the journal Nature and the remains are estimated to be over half a billion years old -- making them the oldest deuterostomes discovered to date.

"This is, if you like, the starting point of an evolution which led ultimately to things as different as a sea urchin, starfish and rabbit," University of Cambridge professor and one of the paper's co-authors Simon Conway Morris told the Guardian. The creatures were only a millimeter long, but Conway Morris and his colleagues examined the fossils under an electron microscope to identify interesting like a large, gaping mouth and smaller openings on the side of the globular body that may have been the evolutionary precursors of fish gills. Saccorhytus coronarious likely lived among grains of sand on the sea floor and fed by opening their mouths wide to envelop prey. "These things are so small, you can envisage something which is basically just a digestive sack with holes on the side," Conway Morris explained.

Their size may also hold the key to filling in another gap in Earth's fossil record: If these earliest known deuterostomes are so small, then it opens up the possibility that their predecessors were so tiny they could only be preserved in "very, very exceptional circumstances."

In this article: deuterostomes, evolution, fossils, green, paleobiology, Saccorhytuscoronarious, science
All products recommended by Engadget are selected by our editorial team, independent of our parent company. Some of our stories include affiliate links. If you buy something through one of these links, we may earn an affiliate commission.