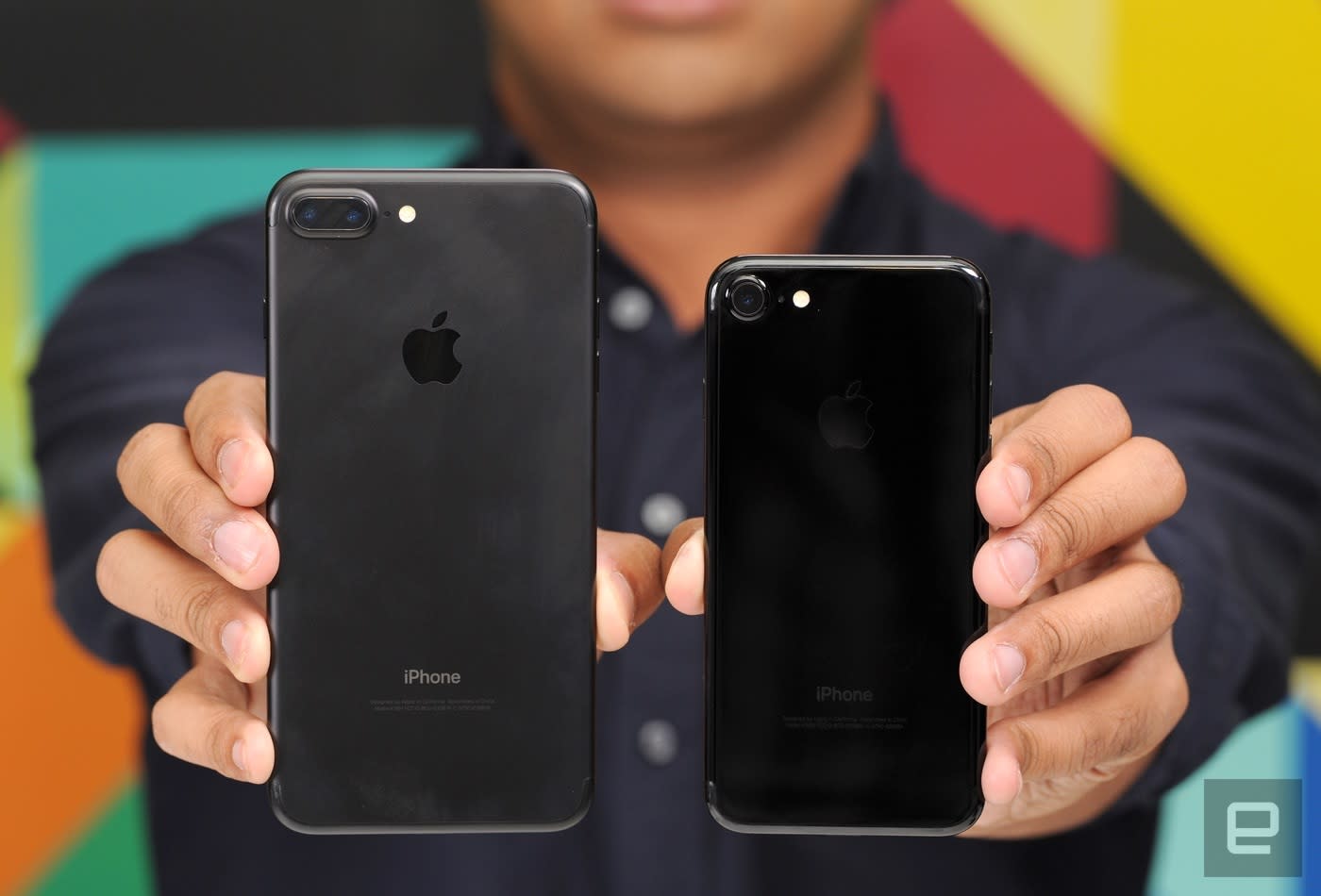 iPhone sales were bound to start dropping sooner or later, but today's earnings news from Apple sees a turnaround: iPhone sales are back up after a year. In the first full quarter with the iPhone 7 and 7 Plus on the market, Apple sold 78.3 million smartphones. That's up about five percent from a year ago, when the company moved 74.8 million iPhones. Historically, a new iPhone model has guaranteed that sales would be up as well -- and even though the iPhone 7 is a rather iterative model, it was enough to do the trick.

As the iPhone goes, so goes Apple's overall financial health. This quarter (the company's first quarter of its 2017 fiscal year), revenue of $78.4 billion and profits of $18.4 billion are massive numbers and both increases on a year ago.

The Mac was another winner this quarter -- but just barely. The company sold 5.37 million Macs, up a small 1.4 percent over the year-ago quarter. It's not surprising that the first MacBook Pro refresh helped out the overall line, although it's a pretty small bump over last year. The iPad wasn't so lucky, with sales of 13.1 million representing yet another down quarter. That's 19 percent less iPads than Apple sold a year ago, and we're now looking at three full years of declining iPad sales. While Tim Cook has continued to say the product is how Apple defines the future of computing, the numbers don't lie, and it'll be interesting to see if he addresses the continued drop today.

Apple is continuing to decline to say how many Apple Watches it sells, so all we have to go on there is Tim Cook's word -- the CEO said that it was a record quarter for Apple Watch revenue. However, revenue in the "other products" category (which covers things like Beats, the iPod, Apple TV and accessories in addition to the Apple Watch) declined year over year, so the Watch wasn't quite enough to make up for losses in other product categories.

The last big part of Apple's business is is services business, which covers things like Apple Music, iCloud, the App Store and so on. It was a big winner this quarter, continuing the trend we saw in 2016. Apple says that the $7.17 billion in revenue from services is a record, though in terms of overall revenue it's now just slightly behind the Mac ($7.24 billion) in terms of how much overall cash it pulls in.

As usual, Apple will be holding a call with CEO Tim Cook and we'll be updating this post with anything else we learn. Elephants in the room include the iPad, when the company might get more AirPods to consumers, and what the response has been to the new MacBook Pro. We're guessing he's going to say that customers just love it.

In this article: apple, appleearnings, breaking news, business, gear, iphonesales, q12017earnings
All products recommended by Engadget are selected by our editorial team, independent of our parent company. Some of our stories include affiliate links. If you buy something through one of these links, we may earn an affiliate commission.