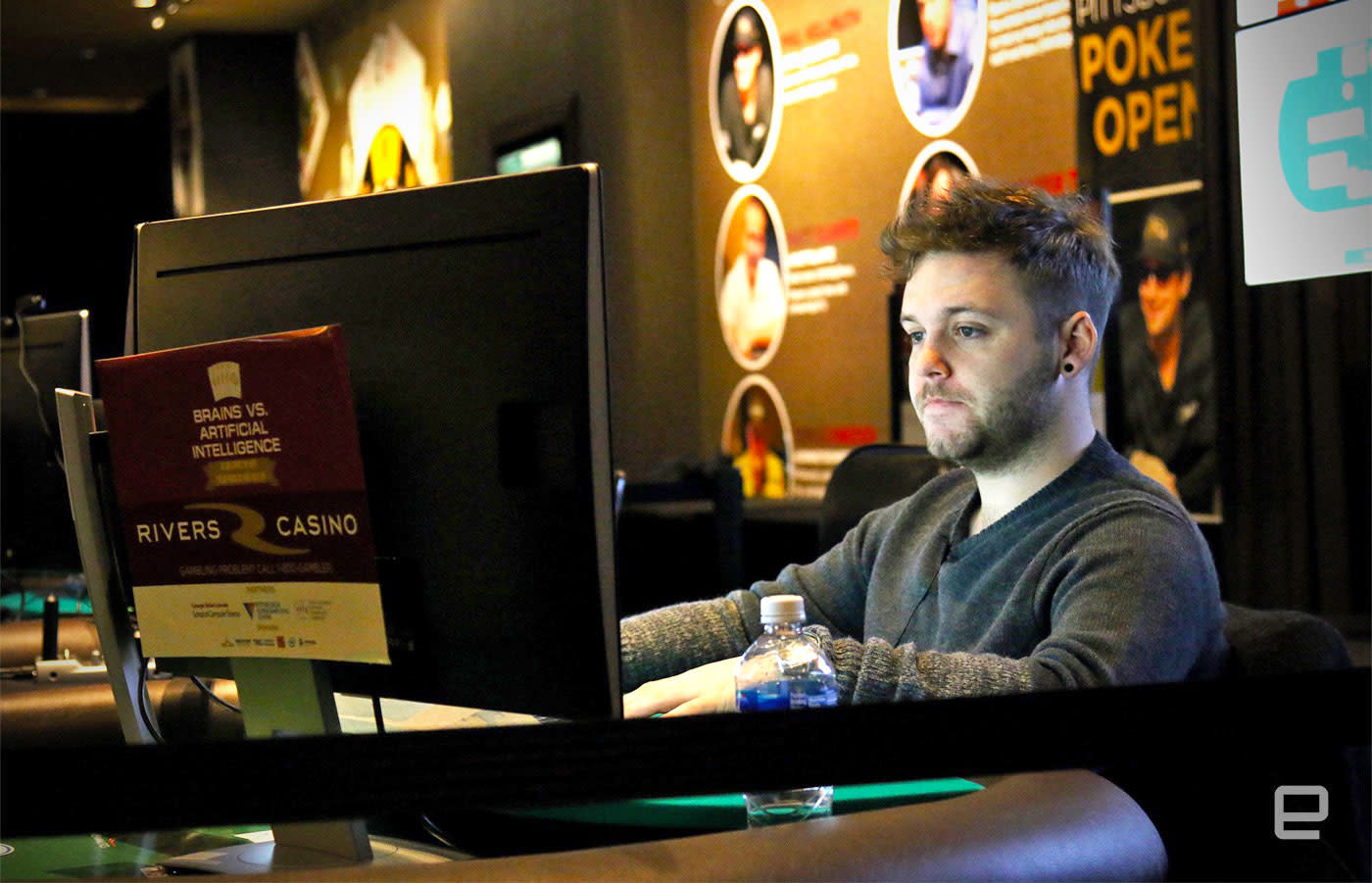 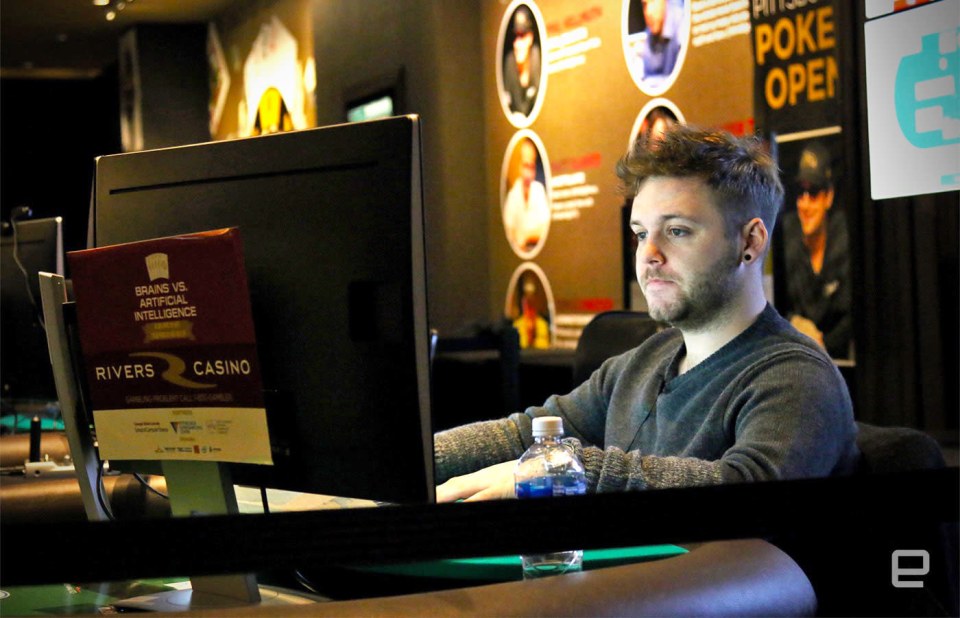 The Kenny Rogers classic profoundly states that "you've got to know when to hold 'em, know when to fold 'em," and for the first time, an AI has out-gambled world-class players at heads-up, no-limit Texas Hold'em. Our representatives of humanity -- Jason Les, Dong Kyu Kim, Daniel McAulay and Jimmy Chou -- kept things relatively tight at the outset but a ill-fated shift in strategy wiped out their gains and forced them to chase the AI for the remaining weeks. At the end of day 20 and after 120,000 hands, Libratus claimed victory with daily total of $206,061 in theoretical chips and an overall pile of $1,766,250.

"I think the worst result for the human team here would've been us showing up and losing and walking away thinking we could've done more, having some sort of regret," said Jason Les, who came in fourth. CMU was quick to assure the team, though, that they had indeed given Libratus the best possible run for its (virtual) money.

"This is a landmark step for AI," said Libratus co-creator and Carnegie Mellon University professor Tuomas Sandholm in an email. "This is the first time that AI has been able to beat the best humans at Heads-Up No-Limit Texas Hold'em. More generally, this shows that the best AI's ability to do strategic reasoning under imperfect information has surpassed that of the best humans."

The two key words in the good professor's statement are "imperfect information". Libratus wasn't designed specifically to beat poker (and for that matter, the insanely high-powered computers Libratus actually runs on aren't built for that either). Instead, Libratus at its core is a series of algorithms co-developed by Sandholm and pHD candidate Noam Brown that can interpret the rules and constraints of a certain situation and figure out a strategy when it doesn't know what the other party knows.

Consider games like chess and go: if you pay enough attention, you can relatively easily understand the world of the game and the how particular board positions came to be. You'll never have that kind of understanding when playing a few hands of no-limit Hold'em, which has made it a big target for AI researchers. Speaking of, we have to wonder how a rival team of researchers from the University of Alberta and two Czech schools are reacting to the news -- they claimed their own DeepStack AI was the first to beat high-level poker players, but the identities of the AI's foes were never publicly disclosed.

For what's worth, none of the humans embroiled in this defeat feel too upset about it. The amount of money spent and computing power required to beat them was impressive, to say the least, and it doesn't hurt that the contenders get to split a $200,000 prize pot based on how well they stacked up against Libratus. While tired -- they spent plenty of late nights poring over data and strategizing -- none of them plans to take much of a break. Meanwhile, Sandholm and Brown have their work cut out for them, too: they'll spend the next weeks and months prepping all of Libratus's data for publication.

Correction: Velazco here, I'm a dope and mixed up Kenny Rogers' "The Gambler" with The Steve Miller Band's "The Joker". The error has been rectified, and I'm probably never going to live that one down.

In this article: ai, bridges, CarnegieMellon, CMU, culture, gambling, libratus, machinelearning, poker, robots, supercomputer, texasholdem, tuomassandholm
All products recommended by Engadget are selected by our editorial team, independent of our parent company. Some of our stories include affiliate links. If you buy something through one of these links, we may earn an affiliate commission.