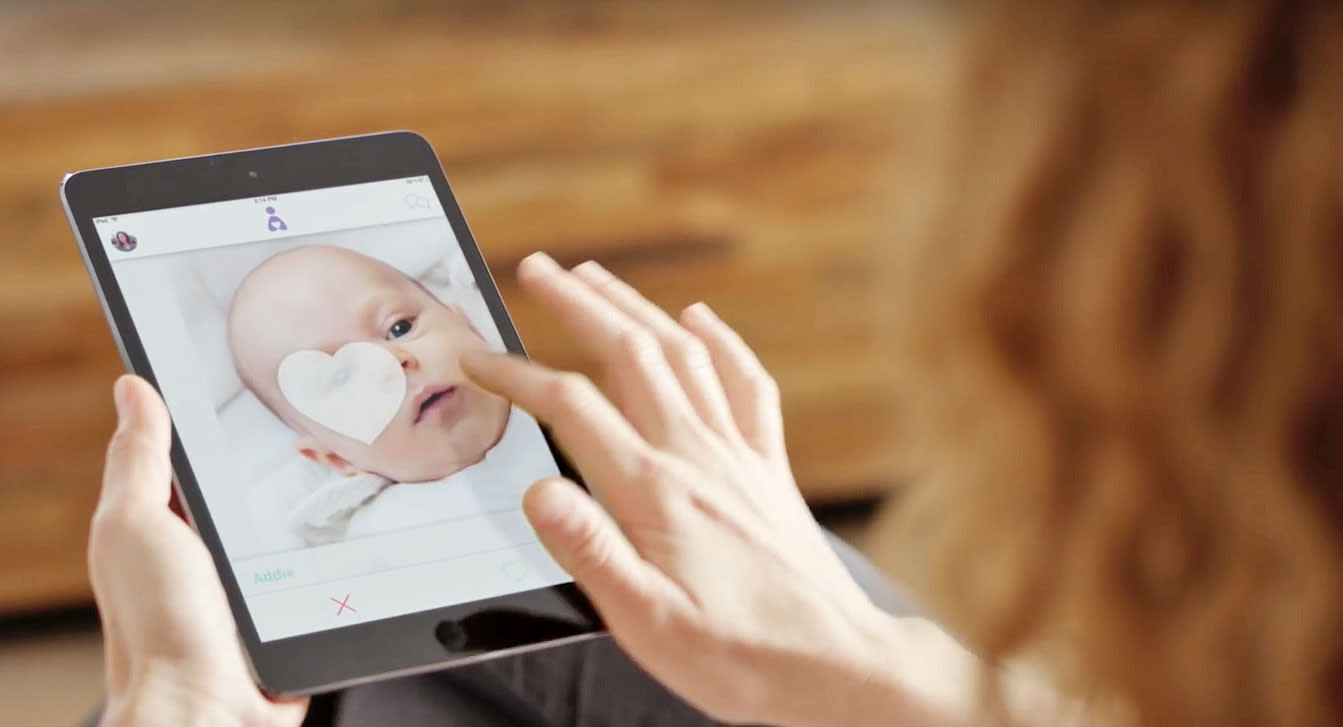 A few weeks ago, a company called Adoptly stated a Kickstarter for an app that promised to make adoption easier -- with the help of a ridiculous, Tinder-style interface for swiping left and right on children. We immediately questioned whether something like this was even real, although it did seem to be legally plausible if extremely ill-advised. But now, the truth comes out: Adoptly was part of an "ongoing satirical art project" from Ben Becker and Elliot Glass, the duo who brought us the "Pooper" hoax of last summer.

Becker and Glass used almost the same strategy with Adoptly as they did with Pooper. News releases were sent out to various media organizations, including Engadget, and a "spokesperson" did his best Silicon Valley CEO impression and sold reporters (including this one) on the app. We tried but ultimately failed to discern whether Adoptly was a hoax, and we regret the error.

But this time, Becker and Glass roped in innocent people that may have actually been looking for help with adoption via a Kickstarter campaign. In doing so, they blurred the lines between satire and hoax, and not in a good way. It might be easy in retrospect to see how Adoptly was just a joke, asking for real money from unsuspecting, would-be parents is a pretty cruel prank. Even if you're not looking to adopt, using fake news as a joke seems like the kind of thing that helps exactly no one.

Becker and Glass said they were going to refund any donations, and both Kickstarter and eventually Indiegogo canceled the Adoptly campaigns before they finished. That means backers never had to worry about giving up funds to the project. No harm, no foul right?

In a purely practical sense, sure. But if even one hopeful parent was emotionally hoodwinked by the Adoptly scheme, that's one too many. But this prank preyed on the emotions of people who are often desperate to adopt and might consider any option to help their chances -- even an app that seems too ridiculous to be true. Messing with the press is a time-honored tradition, but potentially involving people looking to adopt is just mean-spirited.

That's not to totally dismiss Becker and Glass's idea for satire. Silicon Valley is always breathlessly introducing revolutionary apps that will change users' lives. The Adoptly website copy and video all nailed the sometimes-clueless tone as companies large and small introduce minor updates or products that people simply have no need for. In that sense, the Adoptly satire was on point -- even if plenty of people were skeptical about it, it so closely mimicked the hundreds of similar campaigns we've all seen.

However, Adoptly's satire wouldn't have really been diminished if it was done in the style of the many April Fool's Day PR pranks that are pushed out by companies every year. The Adoptly website could have really sold the idea and pulled back the curtain at the end of the experience, letting people in on the joke quickly. Of course, the press would have been less likely to write about it, if that was how it operated. But when using adoption as a tool for satirical gains, perhaps a little bit of extra sensitivity would be warranted.

In this article: adoptly, culture, hoax, internet, scam
All products recommended by Engadget are selected by our editorial team, independent of our parent company. Some of our stories include affiliate links. If you buy something through one of these links, we may earn an affiliate commission.