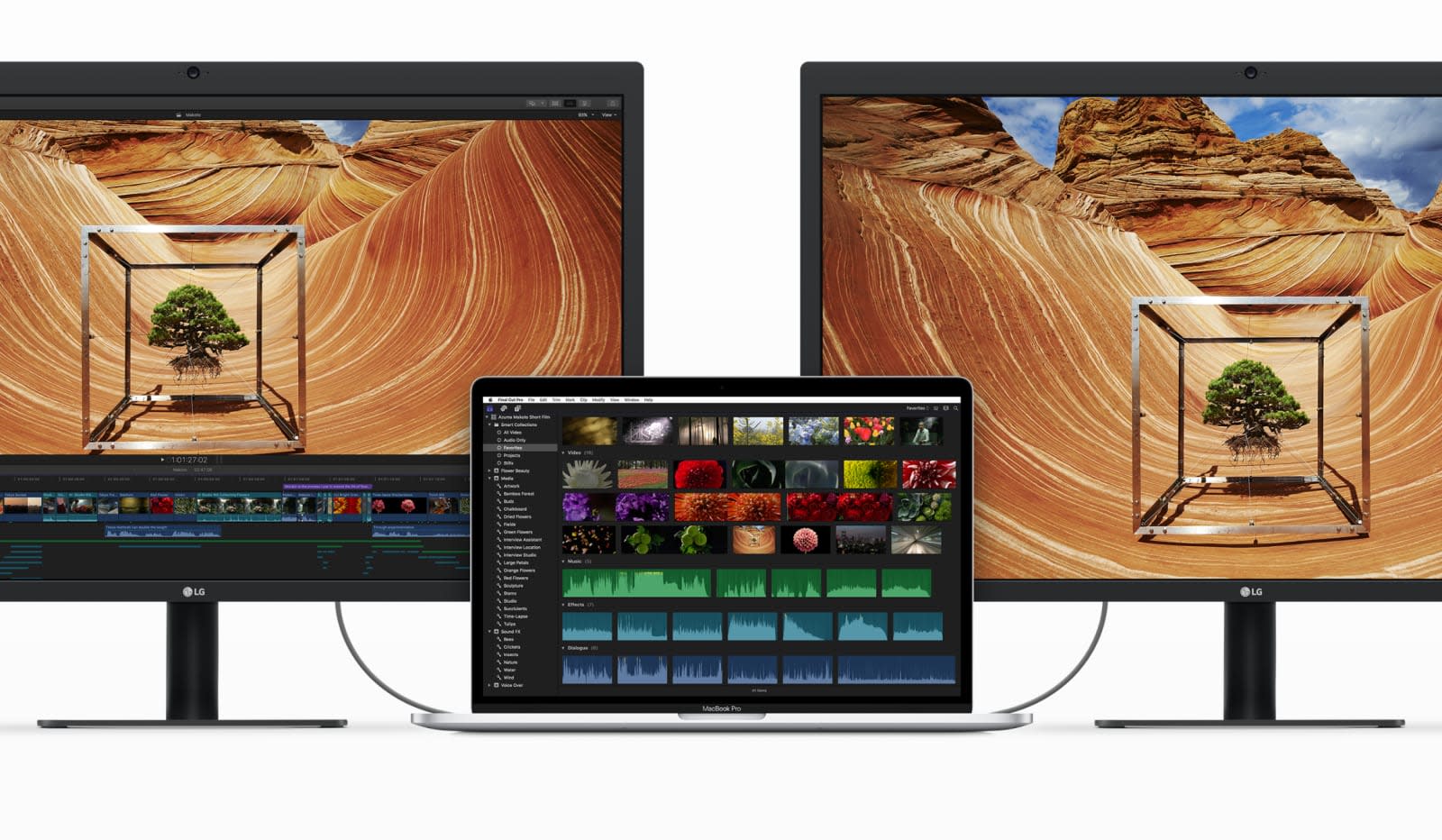 Rather than replace its aging Thunderbolt display, Apple showed off LG's new 27-inch Ultrafine 5K monitor as the perfect mate for the new MacBook Pro when they were introduced last fall. Unfortunately, it sounds like this new display comes with a pretty significant flaw. According to 9to5Mac, the LG Ultrafine 5K becomes extremely unstable or even "unusable" when placed within two meters of a WiFi router. If placed closer, the monitor starts disconnecting and even will crash a computer completely.

While reviews on Apple's site don't mention this specific problem, it sounds like there are general reliability issues to be had with the new monitor. Plenty of the negative reviews cite erratic performance, particularly when waking up a pair of monitors from sleep. And 9to5Mac cited a review specifically mentioning the router placement issue, which is what clued the writer in to the problem in the first place. I wasn't able to find that particular review, but an LG customer service representative confirmed that users should keep the display more than two meters from a WiFi router.

Depending on your desk setup, this could be a major pain to resolve. Unfortunately, it doesn't sound like LG is treating this as something that needs to be fixed on this display going forward -- so it's definitely something to be aware of before dropping large amounts of cash on it. LG says that only the 5K display is affected, so if you're OK with a smaller screen, the 21.5-inch 4K display might be worth looking at.

We've reached out to both Apple and LG and will update this post with any details they provide.

In this article: apple, gear, lg, LG5K, lgdisplay, lgmonitor, lgultrafine5k, personal computing, personalcomputing
All products recommended by Engadget are selected by our editorial team, independent of our parent company. Some of our stories include affiliate links. If you buy something through one of these links, we may earn an affiliate commission.