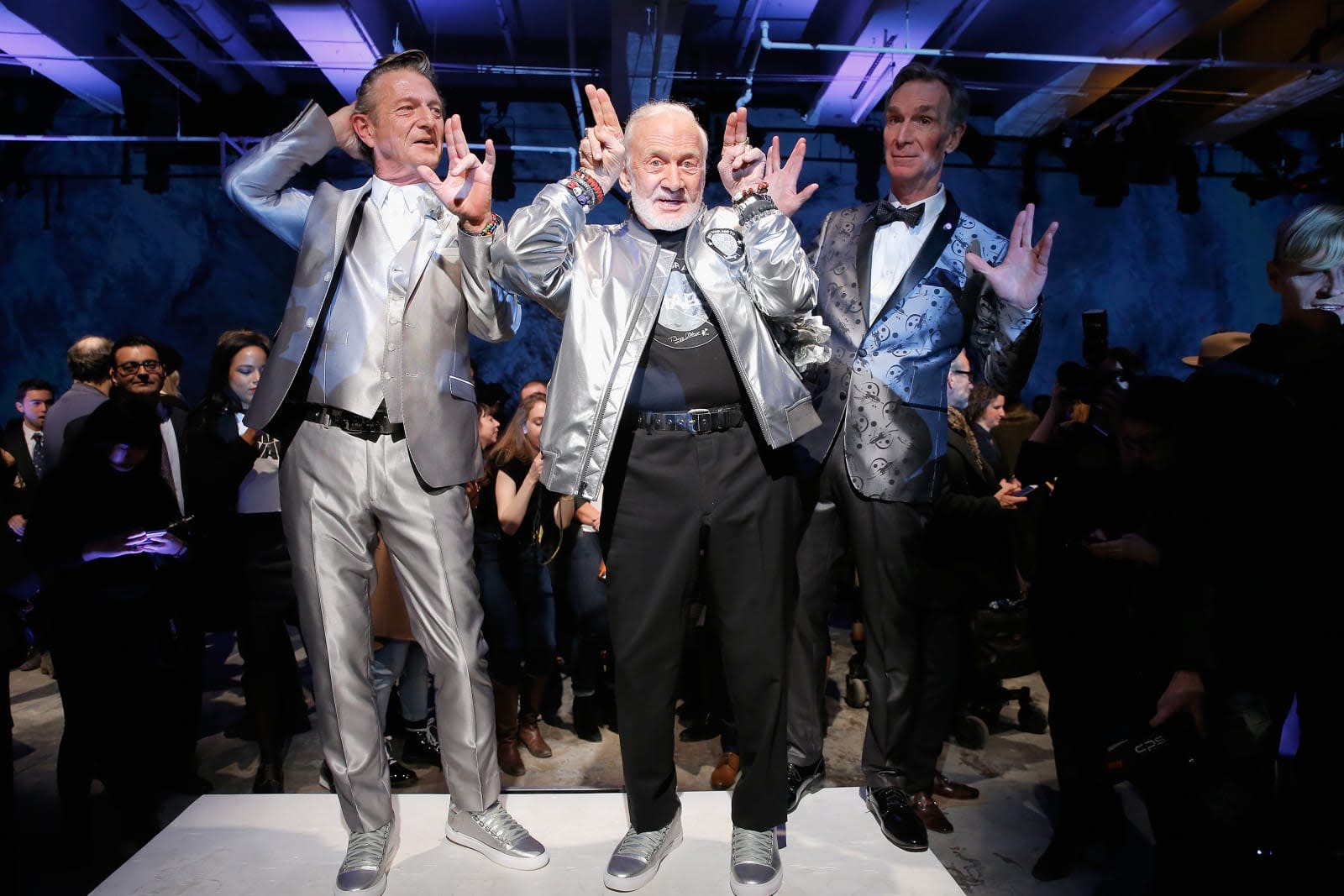 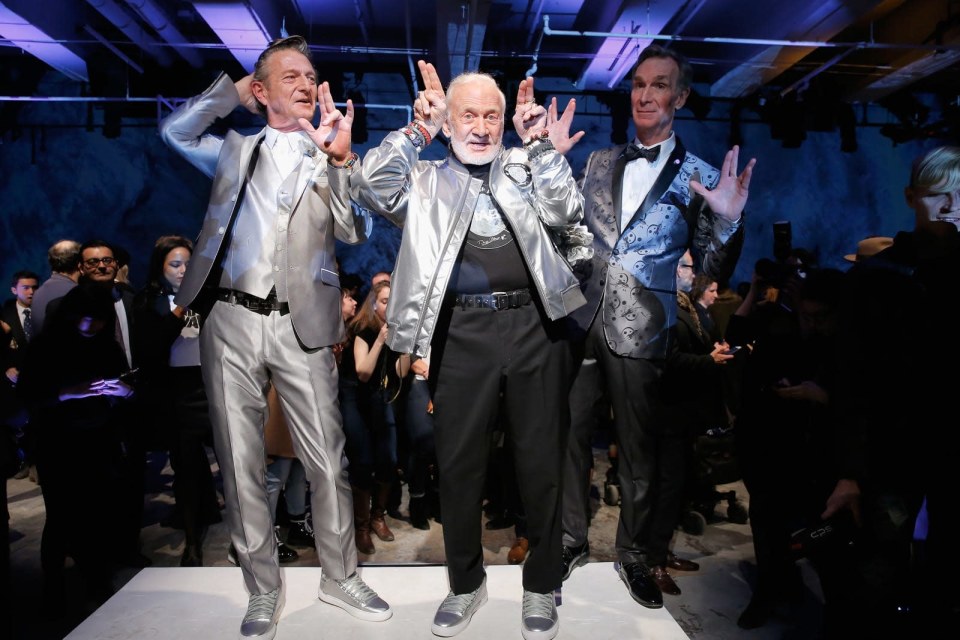 Never in a million years did I think I'd see Bill Nye and Buzz Aldrin walk a runway together, but that's exactly what happened. Both were part of designer Nick Graham's Fall 2017 fashion show in New York City, where he revealed his new "Life on Mars: F/W 2035" menswear collection. Graham says the event was inspired by our need to explore the Red Planet, as well as his admiration for Aldrin's space travel accomplishments -- like being one of the first humans to land on the moon. That's why you'll see garments with prints of rockets and planets, or designs in red that are meant to represent Mars' famed hues.

As for Nye being the master of ceremony, the "Science Guy" said Graham had designed bow ties for him before. Eventually, they developed a friendship and decided to work on this project, which isn't surprising considering the motif speaks to Nye's heart. At the show, Nye gave attendees a talk before the models walked the runway, in which he shared his knowledge on space and expressed how important it is for humans to keep exploring planets.

Let's take a look at what else happened at this fashion show, which appropriately featured David Bowie's Life on Mars as its theme song. It was only right.

7
In this article: billnye, buzzaldrin, culture, design, fashion, fashionweek, lifeonmars, mars, mensfashion, menswear, nasa, nickgraham, nyfw, science, space
All products recommended by Engadget are selected by our editorial team, independent of our parent company. Some of our stories include affiliate links. If you buy something through one of these links, we may earn an affiliate commission.