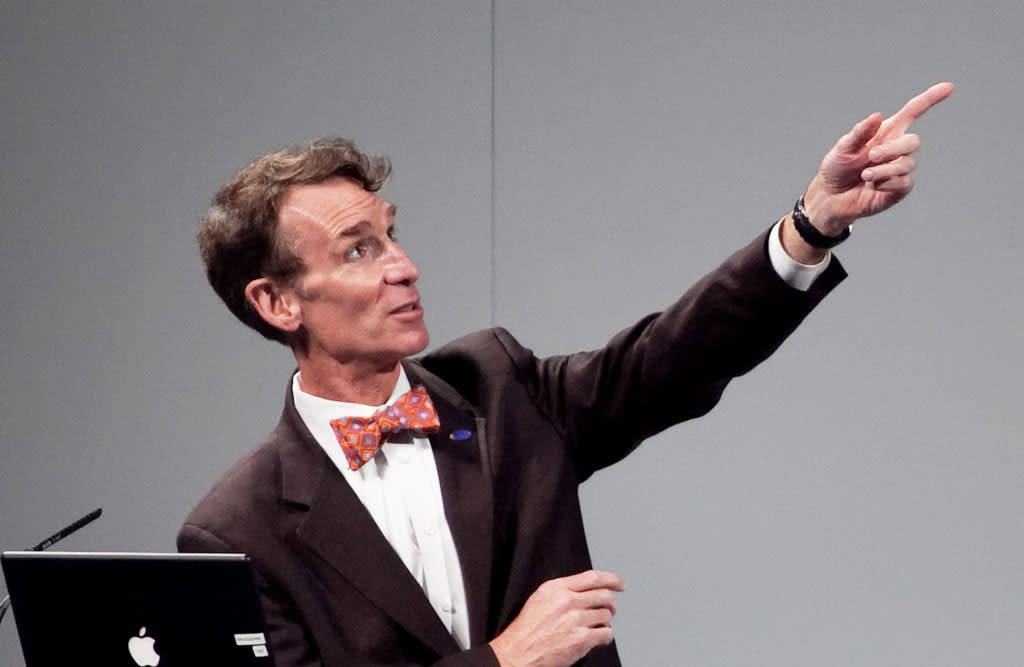 Everyone's favorite bow-tied scientist is back with a Netflix series. Bill Nye is making a return to TV via a talk show, called Bill Nye Saves the World, set to debut in Spring, 2017.

The series will explore science and its impact on society, pop culture, and politics. Nye will tackle specific topics from a scientific point of view in each episode, while also refuting anti-scientific claims and dispelling myths, like the true cause of global warming. The show will include special guests, along with experiments and demonstrations.

Bill Nye Saves the World goes in line with Netflix's new content strategy. It's been experimenting with talk shows, like the recent Chelsea, with varying success. Now, with the Full House spinoff, Fuller House, being hugely popular, Netflix wants to continue attracting older viewers that grew up watching 90s shows. Netflix hopes its new Nye series will be just as popular as the 1993 PBS show, Bill Nye the Science Guy.
In this article: av, BillNye, billnyethescienceguy, chelsea, entertainment, Fullerhouse, FullHouse, GlobalWarming, netflix, pbs, science
All products recommended by Engadget are selected by our editorial team, independent of our parent company. Some of our stories include affiliate links. If you buy something through one of these links, we may earn an affiliate commission.