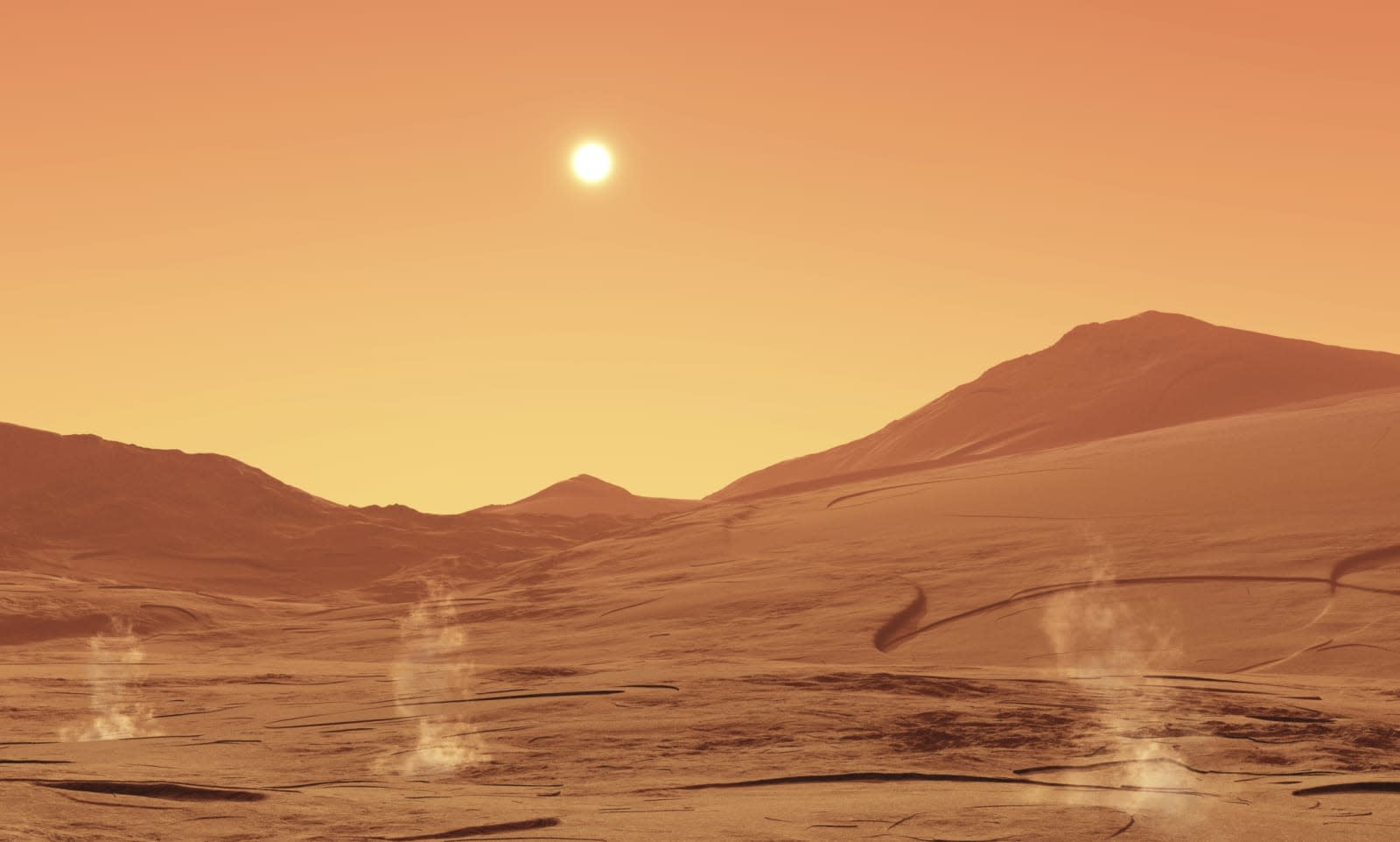 Microbes could survive on Mars despite its harsh environment, a year-long experiment conducted by a team of astrobiologists from the University of Arkansas in Fayetteville has proven. Sure, that's a little less exciting than proving that little green men could have lived on the red planet. But it still brings up the possibility that there may have been life on Mars at one point, no matter how small. The scientists were compelled to conduct a study when Curiosity detected the presence of methane. Most of the methane on Earth is produced by living organisms, and team leader Rebecca Mickol said the "the same could possibly be true for Mars."

A group of microorganisms called methanogens found in marshes and in the guts of cattle produce the natural gas on our planet. Methanogens don't need oxygen or photosynthesis to live, so the most likely way for them to survive on Mars is if they're found underneath the surface, protected from the red planet's high levels of ultraviolet radiation.

Since we can't exactly fly cows to Mars for an experiment, the scientists grew microbes in test tubes with liquids representing fluids that could have flowed underneath the Martian surface long ago. They also replicated the extremely low atmospheric pressures of the area underneath the Martian surface within each test tube. Plus, they subjected the organisms to freezing temperatures to emulate the planet's. After almost a year of experiments on four different species, the scientists found that all of them managed to survive under those harsh conditions for three to 21 days. Mickol warned, however, that the methane on Mars could have been a product of volcanism and other factors. Their study merely explores the possibility of "life -- bacteria or tiny microorganisms -- somewhere else in the Universe." After all, there's an abundance of life even in extremely unfriendly environments here on Earth.

In this article: experiment, mars, methane, methanogen, microbes, science, space, universityofarkansas
All products recommended by Engadget are selected by our editorial team, independent of our parent company. Some of our stories include affiliate links. If you buy something through one of these links, we may earn an affiliate commission.