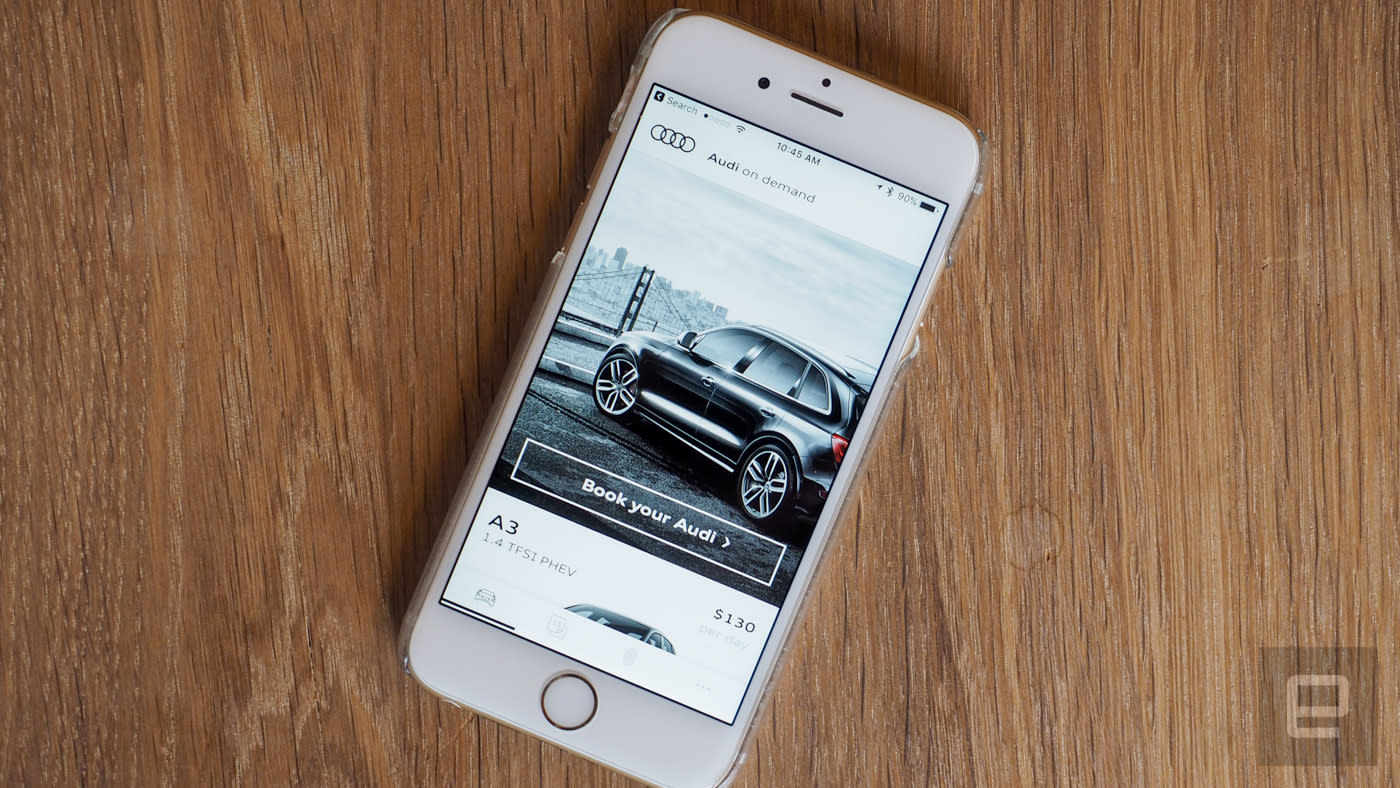 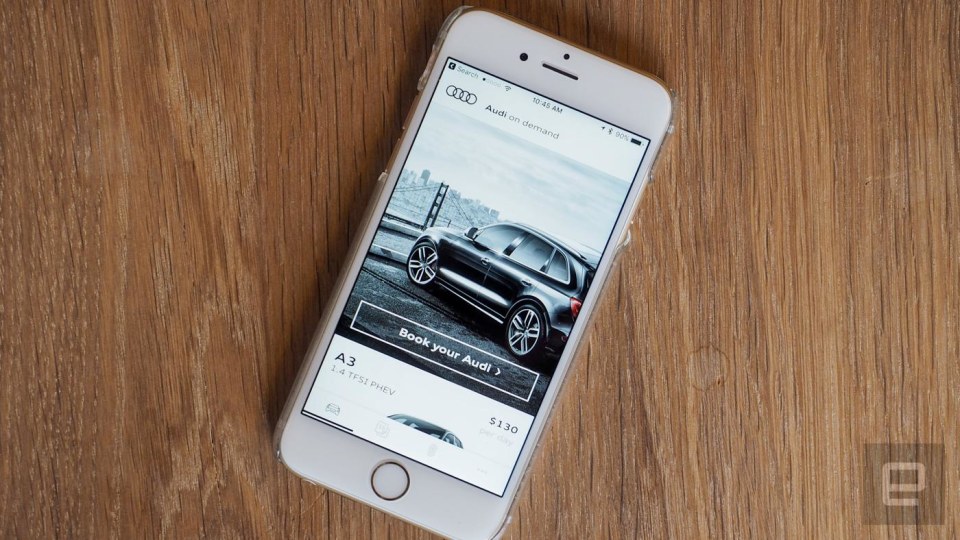 Normally when I rent a car it involves a meandering line, a long counter and an associate who's almost always cordial and helpful but in a hurry. It feels impersonal. It's like going inside the bank to make a withdrawal. It's not a horrible experience, but there's an easier way to get to your money. For renting cars there's also a better way. And if you're an Audi fan and live in San Francisco, that way is actually quite superb -- if you can afford it.

Launched over a year ago in beta and still under the radar, Audi on Demand is the automaker's premium car rental service. As you'd expect, it's for Audis only. But if you've ever had a hankering to drive an R8, you can fire up the app, reserve one and make all of your friends jealous when it gets delivered to your home or office.

This is actually one of Audi's first steps into mobility. The company is using San Francisco to test the service before going live elsewhere, and so far it has largely been relying on word of mouth to find customers. The automaker only recently offered me the opportunity try out the service for myself, and while I didn't get behind the wheel of the German automaker's supercar, I was able to score an A6 3.0 TFSI Quattro for a few days. The car itself was great, but that's not what I was testing: I was interested in the experience, and I wasn't disappointed there either.

On the day the car was delivered the concierge gave me call to say he had arrived at my home. When I stepped outside I ended up having one of the best customer service experiences ever. While I filled out the necessary paperwork, the concierge and I chatted casually about the vehicle and the service. We did the typical walk around the car to make sure there was no damage. But in addition to that, I was given a video of the vehicle both at delivery and at pickup. It's a small thing but helpful if Audi were to say I dented the car and I had video evidence otherwise.

When we got into the car, the concierge explained all the features and where the start button was located. (Audi has a habit of moving the start button on its cars from year to year.) I was told that Audi would pay for any tolls I accumulated during the ride. The gratis stuff doesn't end with tolls. If I had a kid, I would get a child's seat for no additional charge. And for adventurous types, the company will add bike or ski racks to the Allroad, Q5 and SQ5 at no extra cost.

The service and the extra stuff it comes with all sounds spectacular until you note the price. The cheapest vehicle, the A3, costs $130 per day. The amazing R8 supercar will set you back $1,195 per day. Ouch.

Andrea Sievers, Product Manager for Audi on Demand, said that the service is exclusive to San Francisco right now because for companies like Audi, it's the epicenter for testing new services. That's true. But it's also home to a lot of tech money. The automaker has plans to eventually expand the service beyond the Bay Area but doesn't have any details to share right now.

Sievers did say that On Demand is a part of Audi's mobility plan. Like most automakers, Audi's long-term goal is to get people who don't own vehicles into cars, even if only for a few days. But what sets this service apart from others are the personal touches. Those helpful concierges are Audi's not-so-secret weapon to retain customers. At the end of my rental period another concierge met me at work. He was just as cordial and informative. We chatted a bit about my trip and the car. I handed him the keys and walked away debating the pros and cons of paying more than I usually would for a rental to get a premium vehicle and wonderful customer service. I'm a thrifty person, but I could see why a service like this would do well in San Francisco, and I'm surprised the automaker hasn't yet targeted the affluent pockets of New York and Los Angeles. As for the rest of us, we're going to have to make friends with richer people if we want to get behind the wheel of an R8.

In this article: Audi, AudionDemand, car, carrental, gear, Mobility, SanFrancisco, transportation
All products recommended by Engadget are selected by our editorial team, independent of our parent company. Some of our stories include affiliate links. If you buy something through one of these links, we may earn an affiliate commission.