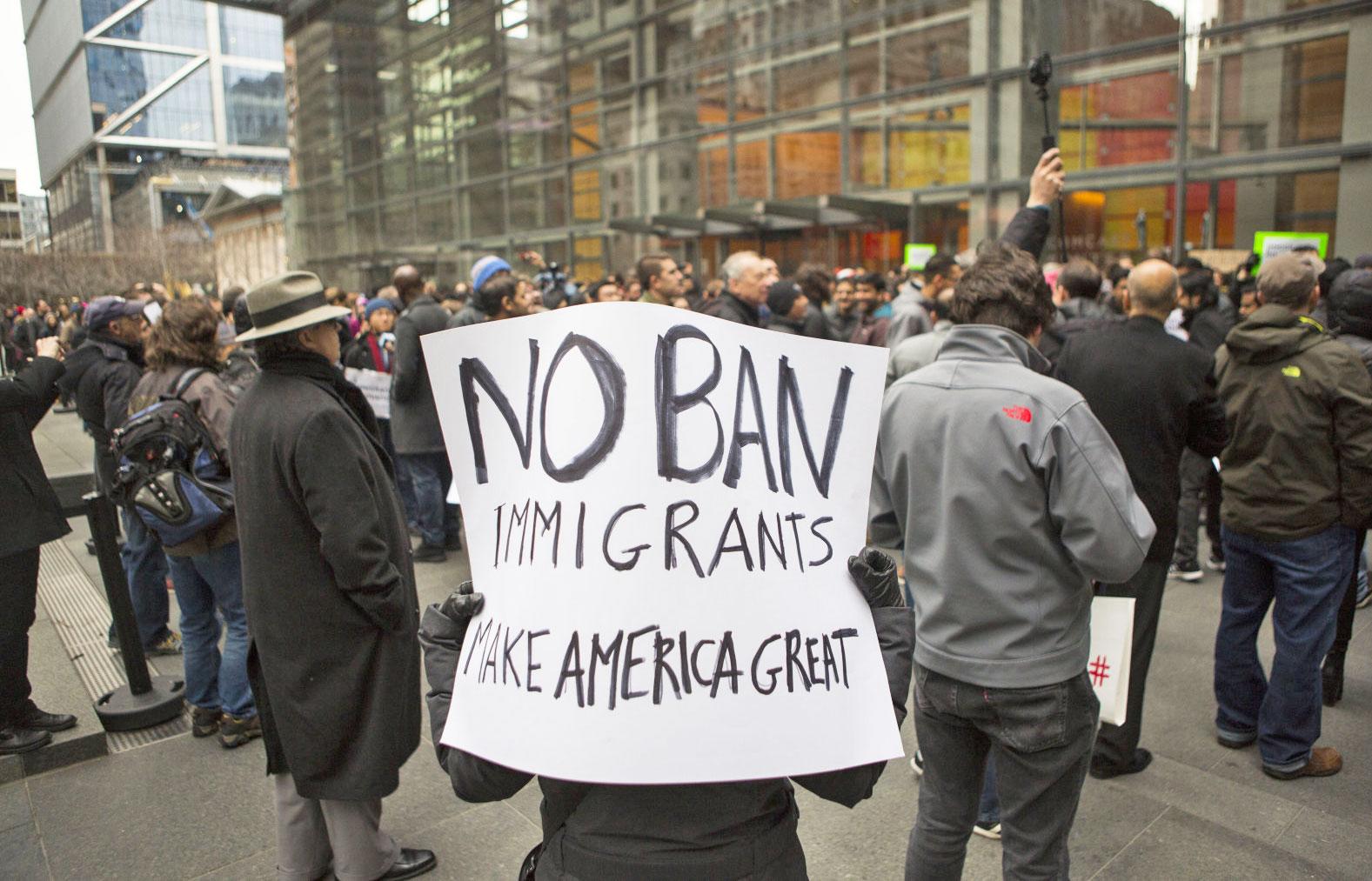 Google isn't the only big tech company to stage a walkout over Donald Trump's controversial ban on immigrants and refugees from seven predominantly Muslim nations. Today at 2PM ET, hundreds of Comcast employees walked out of their office in downtown Philadelphia to protest Trump's new policies. Pictures of the walkout are all over Twitter and Instagram, many of them including the hashtag #TechHasNoWalls.

The protest was planned to last about an hour and started outside Comcast's offices before making its way to nearby city hall. Philadelphia was one of four cities where Comcast has offices that took part in today's demonstration; Philly.com says that others were planned for Washington DC, New York, Silicon Valley Philadelphia suburb West Chester. According to Pennsylvania news site Billy Penn, the action was organized through internal Slack rooms and came with the blessing of Comcast bosses, who gave employees who wanted to participate time off to do so.

Indeed, the issue hits home for at least one Comcast executive. Sree Kotay, Comcast Chief Technology Officer, is an immigrant from India. He "stood front and center" at the Philadelphia rally, says Billy Penn. "I'm so proud of my coworkers and colleagues," he told the publication. "If nothing else, the turbulent times have reawakened all of us to democracy being a participatory sport."

In this article: comcast, culture, immigrationban, internet, muslimban, philadelphia, politics
All products recommended by Engadget are selected by our editorial team, independent of our parent company. Some of our stories include affiliate links. If you buy something through one of these links, we may earn an affiliate commission.