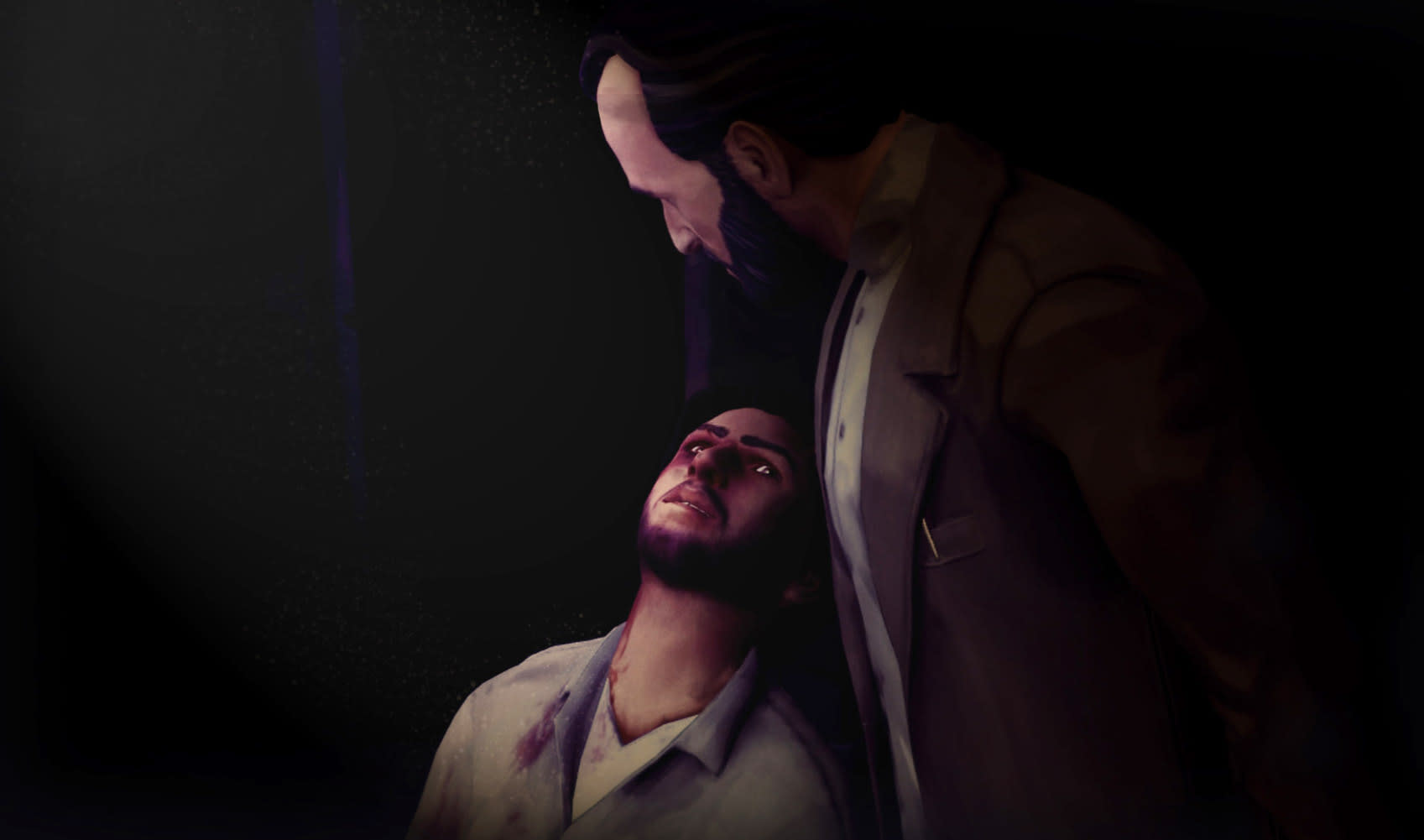 At the end of the month, developers from around the world will congregate in San Francisco for the annual Game Developers Conference (GDC). Or rather, that was the plan. This year that's not going to happen: President Trump's executive order on immigration established a blanket ban on residents from Iran, Iraq, Libya, Somalia, Sudan, Syria and Yemen, which was initially interpreted as including those with permanent residency in the US or dual citizenship. While courts have slowly been ruling against the order, the situation is still in flux, and the Trump administration has indicated it will continue to pursue the order's underlying aims.

The political situation has left several developers unable to attend GDC, unwilling to enter the US or unable to leave. Shahid Kamal Ahmad, current independent developer and PlayStation's former director for strategic content, said over the weekend that he was not going to the conference. He later clarified that "so long as any Muslim is banned from the US for no reason other than their religion," he would not attend.

"President Trump appears to be serious about clamping down on Muslims entering the US and has created confusion and heartache, not just for Muslims, but for everyone who stands for equality and mutual respect," Ahmad told Engadget. He said he feels "deeply uncomfortable" that "a lot of people who happen to share the same religion" as him are being affected. "This kind of awful prejudice starts with smaller things and, unchecked or unquestioned, affects all of us eventually. Where do were draw the line? For the above two reasons, I'm drawing my line here."

Although the UK has assurances from the Trump administration about British citizens traveling to the US, Ahmad said he doesn't want to "tacitly support a prejudiced executive order," or "sit idly by and watch as everything we in the West hold dear is dismantled in the face of blind nationalism." He added that he "loves the USA and Americans deeply, so this hurts me deeply too."

For Navid Khonsari, the problem isn't getting to the US, it's leaving. Khonsari is the creator of 1979 Revolution: Black Friday, a portrait of the Iranian revolution and one of our favorite games of last year. He's also a Canadian-Iranian, and a legal permanent resident in the US for the past two decades. Khonsari was forced to put his international travel plans on hold following the executive order.

Speaking with Engadget, Khonsari said that game studios are diverse, and emphasized GDC's importance for those in the industry. "To put up walls and barriers to stop people from attending it has an impact on the industry," he said. "The impact is not one of strength, it's one of breaking down the possibilities of what we can achieve as a cohesive group collaborating together." What concerns Khonsari more is that the executive order came so soon into Trump's tenure.

"If this is the first step that's being taken within the first two weeks of the administration, what should we be anticipating in the future? What's the impact that that's going to have on our industry?" He argued that "we shouldn't be taking a look at this as a ban of these seven nations that I'm being directly impacted by," but rather as "the creation of walls that affect how we work together as an international group."

Khonsari and Ahmad are both established voices in the games industry. But GDC is not solely for established voices; it's supposed to be a place for all developers. That's never quite been the case -- as Vlambeer co-founder Rami Ismail laid out in an article for The Guardian, the flights and entry fees make the conference prohibitively expensive for those from developing nations. Nonetheless, the path to GDC is now significantly rougher for developers from predominantly muslim countries.

GDC's organizers have spoken out against the executive order, tweeting they are "horrified by the #MuslimBan," and offering to "refund affected attendees and keep fighting for inclusivity." And it's not the only organization attempting to help. Insomniac Games CEO Ted Price posted a strong video speaking out against the executive order; Vlambeer and other developers have donated to the ACLU; Devolver Digital, an independent publisher that's released games like Hotline Miami and Broforce, has announced an initiative to help banned developers show their games in San Francisco.

Devolver, as always, will be set up just outside GDC, but it's a big enough name that it draws crowds of developers and journalists alike. It's asking studios impacted by the executive order to get in touch so it can highlight their games at its off-site location. It says it'll have gaming PCs and, if necessary, VR headsets on hand to demo the games. Priority will be given to those that were set to travel to GDC already, but anyone from the banned countries can submit their game. It'll accept submissions up until February 20th. If you're interested in submitting your game, you can find details on the company's site.

Khonsari welcomed the move, with a powerful statement, published verbatim:

"That's exactly the kind of support that we need. This cannot be a message that comes from those that are directly impacted by it. This needs to be a message that comes from the entire industry, and it needs to come from white, brown, black, man, woman, gay, straight, LGBTQ. This needs to be a statement made by everyone. If it just comes from those that are at the forefront like myself, who are making content and being impacted, it's just going to be seen as our issue. The fact is, if you play games and you want to enjoy really good games, you probably have no idea who's working on them.

There are a diverse group of people making these games that you love so much, and if you want that game to be good, and you want them to continue to strive to be better and better, and entertain you, you need to be concerned about the impact this is having on limiting those that can be involved in making them. It's an industry issue, and a world issue, and a social issue, this is not just a ban on seven countries. We need to look at the universal statement that this is making, and draw a line in the sand on which side we're on. This isn't about right or left or about Trump, this is coming together as a cohesive group about what we think is right or wrong."

Ahmad said Devolver's decision was "fantastic news," and Ismail was also supportive, calling it a "brilliant, concrete way of helping, unique to a publisher. It won't make up for the feeling of being banned from the country at the heart of our industry, but it gives those developers a tiny chance to still reap some benefits from GDC." Ismail added that Devolver had contacted him before making the plan public, and he is helping the publisher reach out to affected developers.

In this article: av, culture, devolverdigital, executiveorder, gaming, gdc, immigration, politics, visa
All products recommended by Engadget are selected by our editorial team, independent of our parent company. Some of our stories include affiliate links. If you buy something through one of these links, we may earn an affiliate commission.
Share
Tweet
Share