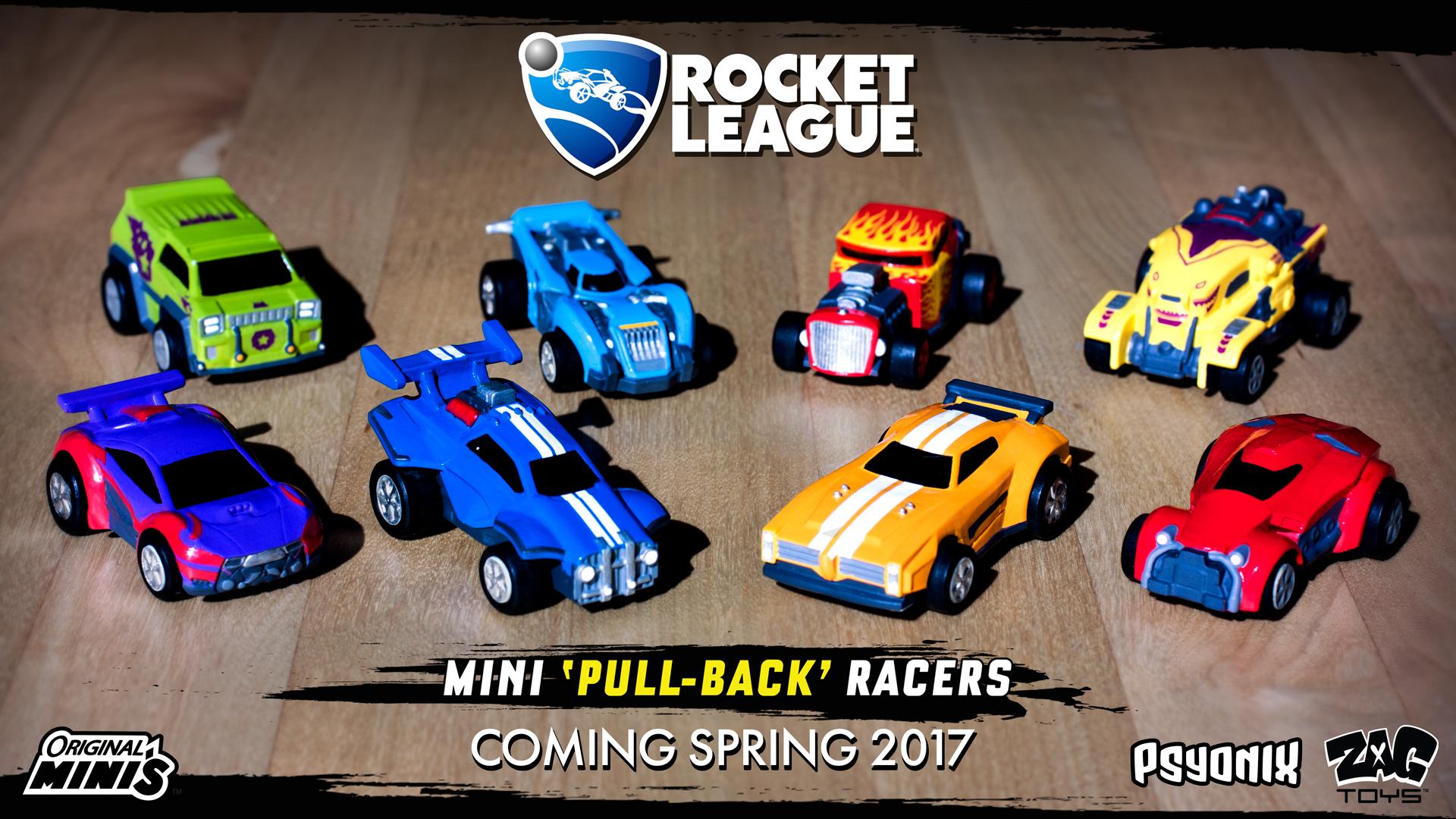 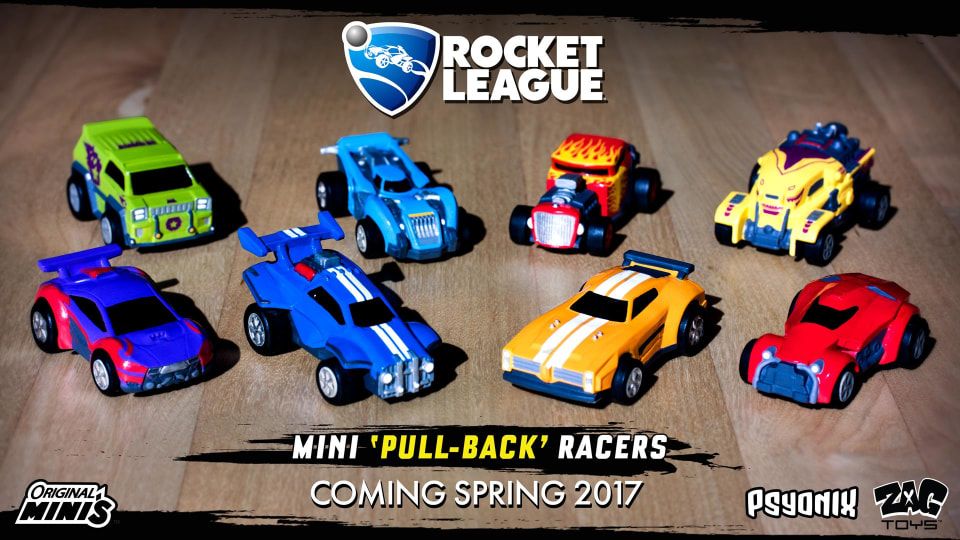 In Rocket League you slam around a Thunderdome-style pitch in hot rally cars while trying to smash a gigantic "rocket ball" into a goal... Basically, it's the perfect marriage of soccer and demolition derby. Now imagine bringing that into the real world with these new tiny replicas of the digital autos from the hit game itself.

Collectible toys that tie-in to video games are hot, with properties like Activision's Skylanders, Nintendo's Amiibo and Disney's Infinity selling well with consumers.

The initial run of 12 digital racing cars from Rocket League will go on sale this spring, each packaged in a tiny little "rocket ball," which doubles as a soccer ball in the game.

The cute little toy line is based on the Original Minis series from Zag Toys, and some will come with special codes redeemable for in-game cosmetic upgrades for the digital autos. To play with one of these analog toy cars, you'll just place it on the floor, pull back, and let fly — just like the little cars we all played with as kids.

Check out this gif to see for yourself.

Cute, right? The first Rocket League racers coming to the toy line are named Octane, Dominus, Masamune, Hotshot, Grog, X-Devil, Merc, and Backfire, with four other as yet unnamed variants vying for your dollar. If you're waiting for even more Rocket League mini car fun, VentureBeat says that Zag is on it.

In this article: Activision, gadgetry, gadgets, gaming, Nintendo, rocketleague, toys, VentureBeat, zagtoys
All products recommended by Engadget are selected by our editorial team, independent of our parent company. Some of our stories include affiliate links. If you buy something through one of these links, we may earn an affiliate commission.