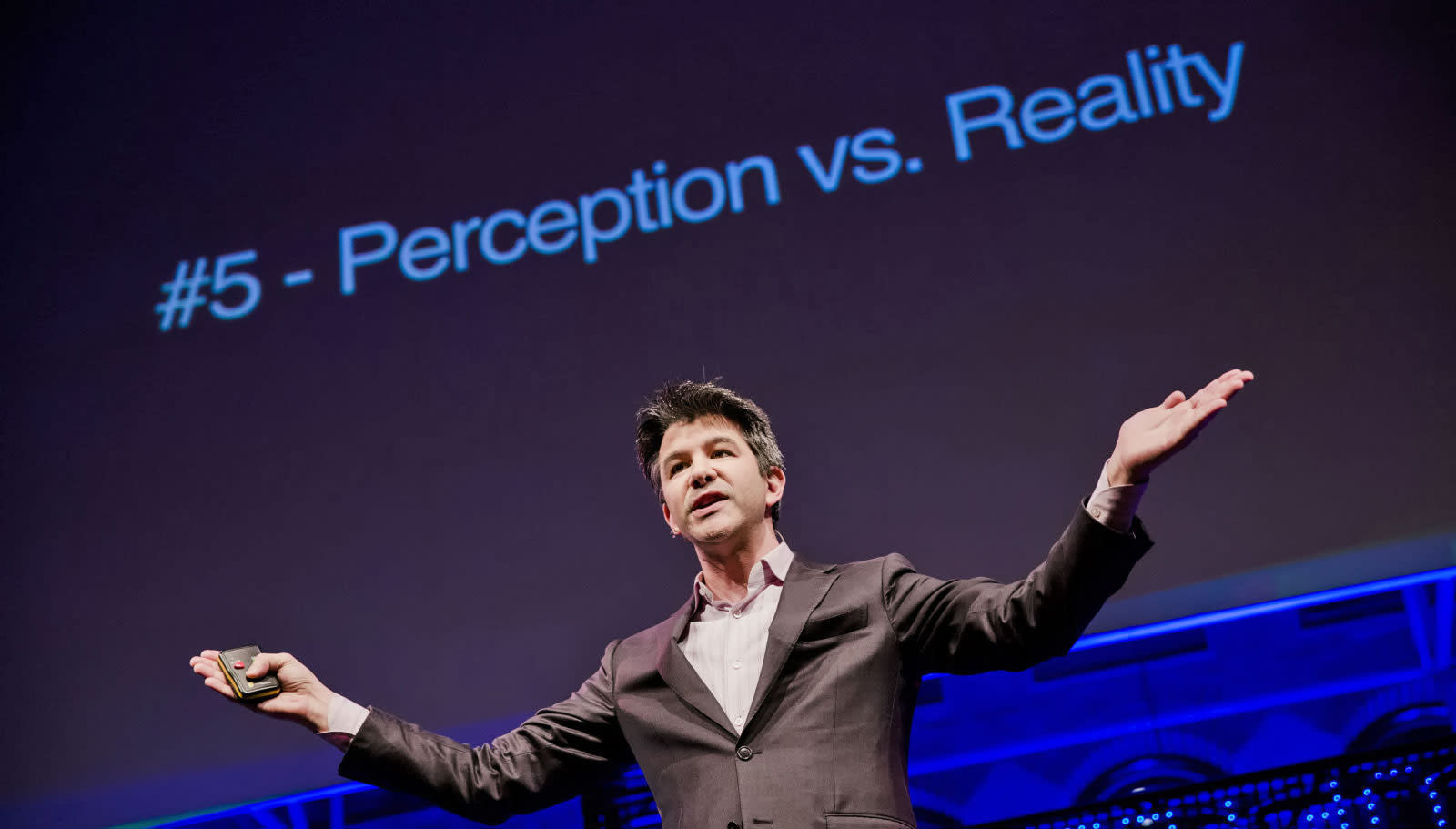 After a week including widespread #DeleteUber protests against his company, Uber CEO Travis Kalanick told employees today that he is no longer participating on President Donald Trump's economic advisory council. In a message obtained by the New York Times, Kalanick said: "Joining the group was not meant to be an endorsement of the president or his agenda but unfortunately it has been misinterpreted to be exactly that."

On Saturday evening, the company turned off surge pricing during a protest and taxi strike at JFK of Trump's executive order banning refugees as well as others from seven nations with large Muslim populations, which, combined with Kalanick's presence on the council, became perceived as a move against the strike/protest. The company claims it was not, however, people protested Uber by deleting their accounts and its app, despite the creation of a legal defense fund for affected drivers that would also pay them even if they're unable to work.

While announcing the fund, Kalanick expressed his disapproval of the ban, and also went out of his way to mention other business execs on the council, like Tesla's Elon Musk, GM CEO Mary Barra and Disney CEO Bob Iger. The next day, he tweeted his plan to "use my position on Pres economic council to stand up for what's right," but now that has changed.

Update: If you want to know what spurred that change, the New York Times mentions that over 200,000 customers deleted their accounts, while employees circulated a 25-page Google Doc titled "Letters to Travis" explaining how his participation affected them. Meanwhile, Tesla CEO Elon Musk explained why he's staying in the group.

Here is the full memo I received 30 minutes ago. pic.twitter.com/ctfhThqfhb

In this article: ban, business, culture, deleteuber, DonaldTrump, executiveorder, politics, ridehailing, transportation, TravisKalanick, uber
All products recommended by Engadget are selected by our editorial team, independent of our parent company. Some of our stories include affiliate links. If you buy something through one of these links, we may earn an affiliate commission.